The Adventures of Mossman, Daven, and Weston Part Deux – RCA 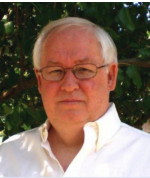 [August 2021] For most of the past 80 years or so, the heart of a broadcast station was the control room console. This was especially so during and after WWII when “combo” operations became the norm. For many stations, RCA consoles were the among the “go to” models in many stations. Bob Mayben tells us about the RCA console line and how it evolved for studio operations.

I have to tell you right off: I do not know what offerings were made by David Sarnoff and company prior to the classic 76 A & B consoles. But, I do know that in the 40’s and 50’s there were tons of these in use all across America, and probably the world.

Of course a ton of these would not involve that many pieces, because these things were made of iron and steel. I do not think there is a piece of aluminum in them except for the pots. RCA, in their company journal BROADCAST NEWS, used the March 1940 edition to announce to the world this new mixing apparatus. It caught on like a grass fire in August.

Here is a great picture of an un-altered 76B (that thing on top of the board is an RCA AM modulation meter from that era). 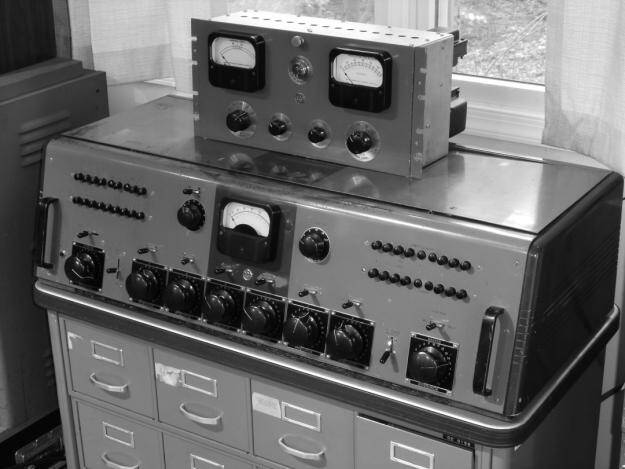 Sometimes you will see a “two meter” version like the one of Sam Phillips in his famous SUN Recording studio in Memphis. His unit and the others are the 76B-4 flavor, which were dual-channel models with two (count ‘em) program amplifiers.

Actually, dual-channel consoles, something that we take for granted these days, was revolutionary in the 1940’s. A station or studio only needed to buy one console; you then could audition or record in “Studio B” while “Studio A” was on the air.

As mentioned, RCA sold a bunch of the various 76 models before the dawn of miniature tubes.

When the miniature tubes hit, a new console design was right behind it. RCA announced the BC-2 in early 1952. This new board was lighter, more user friendly, somewhat modular and looked real good. This new design matched the new television gear that RCA sold that was beginning to take hold on media companies. 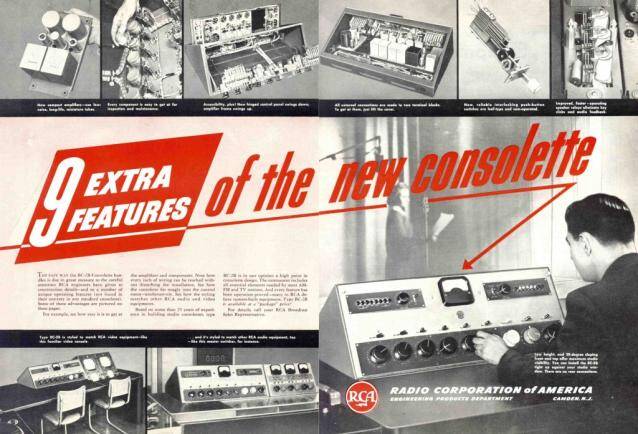 The console used 12AY7 tubes a variant of the popular 12AX7 as the microphone pre-amplifier tube. Using miniature tubes allowed for everything but the power supply to be in the one cabinet.

Here is a fairly tired unit, from a picture gleaned from the Internet. You can see some extra holes in the panel and a replacement meter. I suppose this is pretty much common for something 50 years old.

We should note that this basic design proved popular and lasted for years for the good folks at Camden.

In fact, evolutions of this design continued to present itself right up to the announcement of the BC-7 solid state console in the 1960’s.

For example note the first evolution: the BC-3. 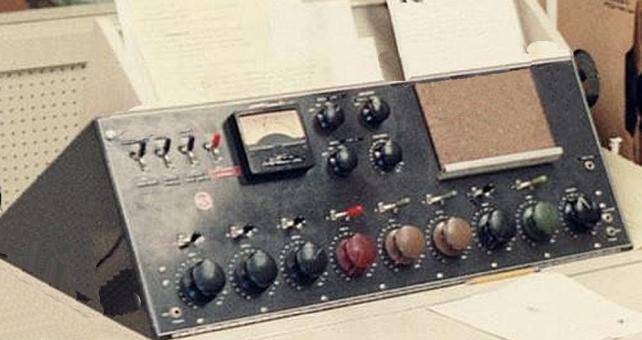 A smaller version was the BC-4. The BC-4 is literally half of the RCABC-3 with a total of 5 pots and no copy shelf. This model could be installed in a small recording room, or DJ booth. 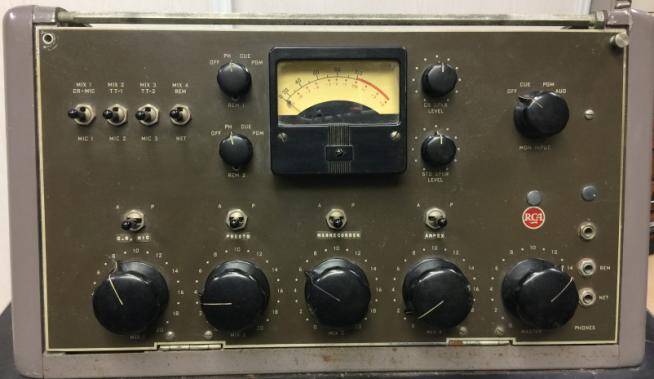 Continuing with what you can see is the same basic design, the BC-6 dual-channel console again providing two metered channels. 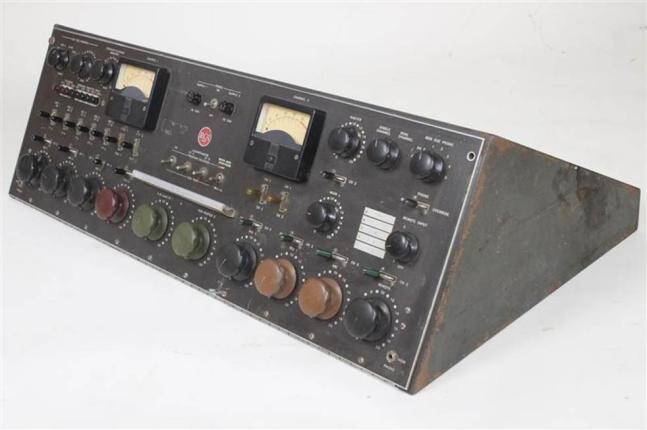 A 1962 RCA catalog, featured all of the above boards, but the big announcement was the RCA BC-7 solid state console.

This model featured 10 faders, and could run dual-channel mono or stereo. The key switches above the channel selectors and on the upper right (for remote inputs) accommodated a total of 31 audio inputs. 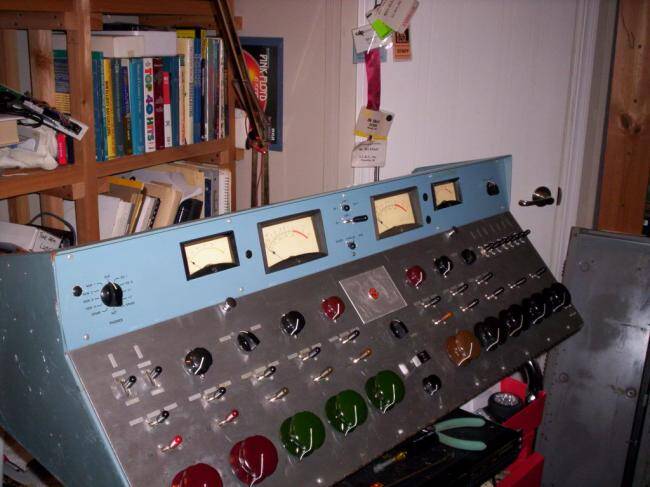 The design also worked for the BC-8, an eight-mixer version of the “7,” which came in both mono and stereo versions. Here is a stereo version. It still has a lot of inputs, but fewer pots made it narrower for those stations that usually needed fewer regular sources, such as control room/studios with one microphone. 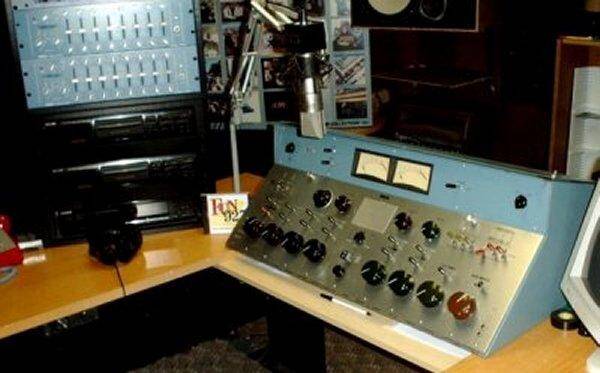 An RCA BC-8 stereo console

As RCA was getting ready to move out of supplying radio studio equipment, it had one more idea: with stations simulcasting programs partially or totally on AM and FM, it built a console to handle both at one time.

Seen in this picture, the all-in-one BC-17 was RCA’s mono and stereo at the same time console.

A little brother, the four pot BA-19B came along and was used mostly for small TV and radio master control situations. 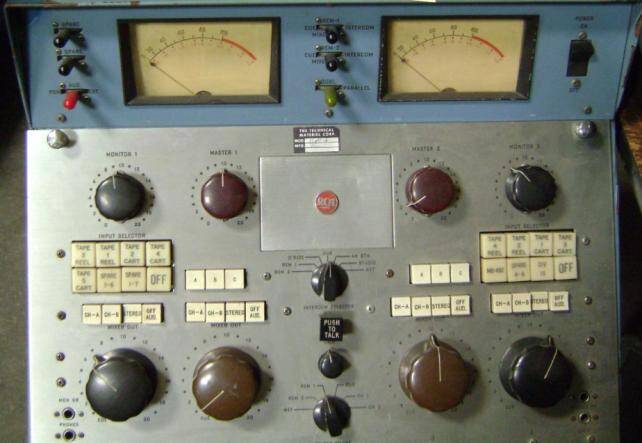 You will notice there are no key switches. They were eliminated in favor of push-button selectors so you could choose channel A, B, or Stereo and feed an AM and FM, perhaps automated programming, from one position.

RCA did try to produce some custom-built linear fader consoles, the BC-50 and BC-100 but they did not seem to be a great success and RCA eventually decided to re-badge some consoles made by Ampro.

However, by the late 70s, essentially left the field and refocused its manufacturing more on television systems.

Bob Mayben runs the mid-South office of SCMS, equipment suppliers to the broadcast industry for 45 years.