The Mouse That Broke The Internet 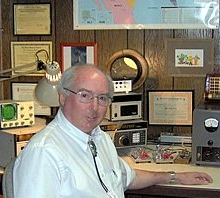 [September 2020] Troubleshooting is the engineer’s basic function. Eventually, given enough time, almost everything will break down. Then the “fun” begins.

We have all troubleshot computers that provide less-than-useful error messages or that display problems which seem at first to be a condition contrary to fact.

Here is one I just finished and thankfully it ended up with the score: Tech Guy 1, Computer 0. But it was quite a fight.

Just in case you ever experience this problem, here is what happened.

The Computer and Internet Fail

I do a fair amount of volunteer tech work in the blind/low vision and in the deaf/hard of hearing communities.

Art Schreiber, who old-timers may remember from the old KOB Radio program had his computer become intermittent and erratic. Internet connectivity was poor to non-existent – and was unstable. The computer was really unusable.

Significantly, that computer is Art’s window-on-the-world. Since he is also the Chair of the New Mexico Commission for the Blind, he really needs to be in touch for every reason, so it was important to get him back online.

One Port Too Far?

The problems all started when he needed another USB connection on his computer.

That is when the Internet became unstable, slow at best, and completely not working at other times. He connects his Department of Veteran Affairs computer to the Internet using an out-board WiFi adapter.

Since his problems began when I added the USB 4-port hub, perhaps that was the problem and the best place to start troubleshooting.

As things turned out, it was not.

Running Ookla Speedtest indicated there was only 0.5 Mb down and 6 Mb up when it worked all. Comcast Internet should be lots faster!

It was all very strange. And of course, as we know, download speed should be greater than upload speed!

It appeared there was an Internet problem. The WiFi adaptor’s program indicated only 2 of 4 bars. So, it seemed it could be a weak signal problem.

I moved the WiFi adaptors antenna around but there was no improvement. It was not the WiFi. But, perhaps there was some interference to the WiFi.

I brought in my tablet computer to run the Ookla Speedtest from it. The tablet would not even run the speed test.

This turned out to be a red herring.

Why? The tablet uses the Android operating system. The Ookla website speed test does not work with Android. Thus, since the Internet did not work on Art’s computer, and did not work on my tablet, I (incorrectly) surmised that surely it was a problem either with the greater Internet or with the buildings WiFi, to which I had no physical access.

To eliminate both computers as sources of the problems, I installed one of my Windows 10 laptops at the site, using his keyboard and his mouse. (He has various texture circles on different keys so that as a blind person he can locate keys on a standard keyboard.)

I tried one of my keyboards, one that I have used before with my laptop.

At first, it would not work either. But after some plugging and unplugging of USB cords, the keyboard began to work. I unplugged my keyboard and plugged his in. Whew! It worked.

And my laptop now worked fine with his building’s WiFi. That was a bit of a mystery. Internet connectivity was rock-solid.

Little did I know that it was not going to last.

All Was Well, Then Nope!

I took his computer home to run updates. (It was about a year behind on updates.) Here at home his computer worked perfectly, connecting to my home WiFi seamlessly.

Since the only thing that had changed at his home office was the addition of a Bluetooth transceiver sitting right by his computer, I figured maybe the Bluetooth transceiver was interfering with the WiFi transceiver, degrading his computers ability to receive a clear signal. In fact, I have experienced placing two laptops side-by-side and having one of them lose WiFi connectivity until I separated them.

I re-installed his computer back at his office. Now the keyboard which had been working with my laptop after some plugging and unplugging of USB cords would not work with his computer. And the Internet connectivity was again poor to non-existent, and unstable.

This was getting very frustrating!

Seeking separation, I put a 4-foot USB extension cord on the WiFi adaptor and moved it away from his Bluetooth transceiver.

Annoyingly, there was no improvement. The Internet was still next to not working, even though with 2 of 4 bars of signal it should have worked – and it had worked fine on my workbench. Worse, now the mouse would not work! It was an optical mouse, and the red light on the bottom was not lit. I wiggled the USB connector. There was no change. Then I moved some USB cords around – still no change.

As a blind computer operator Art, could not and did not use his mouse. I got the mouse that came with my laptop and plugged it into his computer. The little red light on the bottom came on. My mouse worked perfectly in his computer. Now I could continue troubleshooting.

However, it turned out I did not need to.

It Was Not An Internet Problem

All of a sudden the Internet was strong and stable. And his keyboard began to work, too!

The Internet stayed strong and stable.

I unplugged my mouse and plugged his mouse back into his computer. The keyboard and the Internet stopped working again.

Swapping parts, I unplugged his mouse and plugged my mouse back in. The keyboard again worked perfectly and the Internet was strong and stable.

It was clear the problem was with the mouse. Who would have thought a defective mouse would kill his Internet!

Since his keyboard, WiFi adaptor, and mouse all connected via USB, it appears the mouse was either sending out continuous data, flooding the USB connection, or perhaps it was pulling down the 5 Volt power to the full array of three USB sockets.

In any case, this was a new one for me!

That is how I came to have on my workbench the mouse that broke the Internet!

I think I will bury it in my back yard! 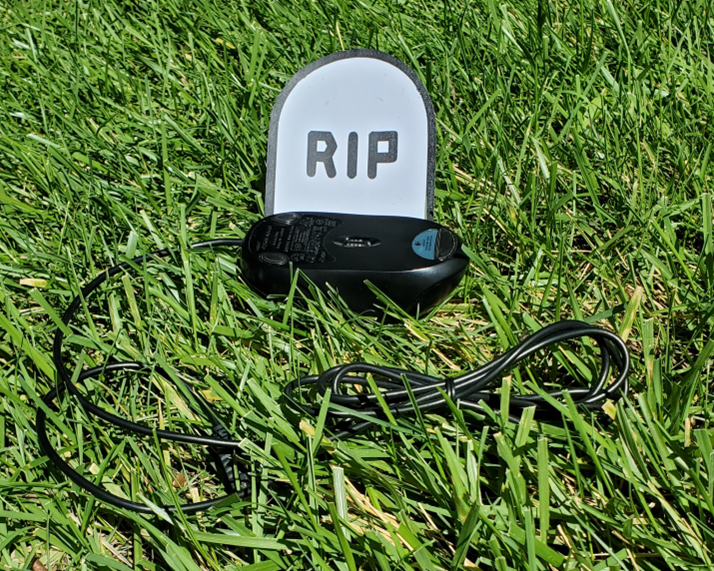 And I share this story with you just in case it ever happens to one of your computers!

Mike Langner is a long time engineer and station owner in the Albuquerque market, now serving as an ABIP Inspector. Contact Mike at mlangner@swcp.com