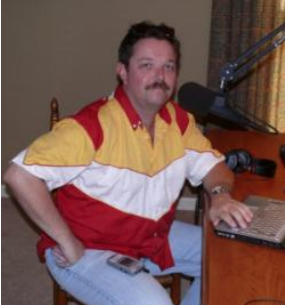 [May 2013] Definition of nerve-wracking: an inspection visit from an FCC Field Agent. Knowing the key things the inspectors look for will give you a great head-start on avoiding problems. Scott Cason offers some help.

Among the items in the FCC’s Daily Digest are summaries of enforcement actions taken by the FCC’s Enforcement Bureau. These are found on the FCC’s website, and here, on the BDR Enforcement Page.

During some recent downtime, I started looking over the emails to see if there were any patterns or if there were one or two things – you know, the “gotchas” – that seem to trip up broadcasters over and over again. From that research, I have come up with a list of the “Top 10” rules that seem to snare the most fines from the FCC.

Read on – and protect yourself!

#10 – Equipment Performance Measurements (EPM). All broadcast stations are required to make a set of equipment performance measurements upon installation of new or replacement transmitters to show compliance with the NRSC specifications.

As the FCC has shown regarding this requirement – and the others on this list – ignorance of the law is not an excuse.

Be in the Right Place

#9 – Modification of transmission system. All stations that emit RF must have a license to replace the Construction Permit that was filed with the FCC to gain authority to construct the station.

Inspectors still frequently find stations that are not at their licensed location. Some are typos or minor paperwork errors from pre-GPS days, with errors as little as 1000 feet off, others are a bit more. But there is a limit to what can be marked down to paperwork errors.

Stations such as one Non-Comm station have been cited and fined for moving as much as three miles from their licensed site without asking the FCC for permission. That unapproved modification was eventually discovered and the FCC dinged them for it.

#8 – Operating power. As we had mentioned before, each station has an authorized transmitter power output. The FCC expects that transmitter to be maintained as close to the authorized power as possible, and certainly within 105% above and 90% below the authorized level at all times.

The limits are pretty firm: An Independence, Iowa station was fined under Section 73.1560 for operating 108% above their licensed power.

And that 15% power window is not there to allow sloppy operations: a “gotcha” is that stations can be cited for continual operation at levels like 104.5%

Of course, failure to turn a Daytime station off at sunset or reduce power to “Post Sunset” levels is be a major violation of operating power level rules as well. Stations have been cited for being at levels as high as “561% of authorized power” – or more.

#7 – Licensee-conducted contests. The FCC also has rules on how contests are to be conducted.

At 73.1216, it states, “No contest description shall be false, misleading or deceptive with respect to any material term.” Posting contest rules on a website does not relieve the licensee of adhering to these rules, either.

And do not lolly-gag around in getting the prizes to the winners; as Saga’s WAQY found out, the FCC frowns upon that, too, especially when listeners complain.

Furthermore, if the FCC finds you have violated contest rules in the past, expect them to increase the base fine, sometimes substantially.

#6 – Transmission system operation. Part 73.1350 of the FCC Rules states that each licensee shall “operate its broadcast station in a manner which complies with the technical rules set forth elsewhere in this part and in accordance with the terms of the station authorization.”

In other words, the FCC expects you to operate under your licensed parameters in order to not interfere with your fellow broadcasters. More than just power level and location, they expect you to have your transmitter where the licensed coordinates say they are, tower height as specified, no spurious emissions in evidence, AM stations are to operate with the proper day/night facilities, and FM stations with the proper antenna at the right height.

This rule trips up AM stations frequently when a remote control fails to change to the proper pattern and the malfunction goes unnoticed by station personal. A station that is supposed to be protected is not, a complaint is filed, and it is all downhill from there. “Gotcha!”

Your Tower Says: “Do Fence Me In”

#5 – AM fencing requirements. AM towers have RF potential at their base since the tower is the antenna. The FCC expects the licensee to maintain a fence around the tower(s) to keep the public from being injured and Section 73.49 covers this requirement.

A kilowatt station has enough RF on the tower to cause a nasty burn. Higher powers have the potential to kill.

Access gates are to be padlocked and secured and the fence is to be tall enough to not be easily climbed. If you have a wooden fence, just a few missing planks can get the FCC’s attention as an Anchorage, Alaska station found out. (In the Anchorage incident, the field agents noted among the reasons to keep tower access restricted was being close to a public road and homes.

Let There Be Light

#4 – Inspection of structure lights and monitoring equipment. The FCC says the monitoring and proper function of tower lights is not a trivial matter. It is considered a most critical activity – particularly because of the potential hazards to air navigation.

According to Section 17.47, tower lights are to be observed at least once in a 24-hour period and any issues are to be logged. The observation may be accomplished either visually, by actually looking to see the lights are functioning, or by automatic means via a remote control. Tower owners should maintain an alarm system that will notify if the lights fail.

Any failure of the lighting system warrants a notification of the local FAA Flight Service Station so that a notice to pilots (NOTAM) can be published. This rule also demands that tower lighting systems are to be inspected every three months – having an alarm and monitoring system is no good if it is not properly functioning.

#3 – Unauthorized operation. The number three “gotcha” on my list seems to trip up AMs more than anything else. Rule 73.1745 addresses unauthorized operations. It simply says that licensees shall not operate at a variance from the licensed parameters.

Recently AM stations in Colorado, Texas and Oregon were fined under this rule for not reducing their power at night. A Mississippi station was cited for operating with non-directional power at night and a Michigan daytimer was caught operating at night.

Should a licensee need to operate at a variance due to equipment failure or emergency conditions, the FCC allows for it through the Special Temporary Authority. But you must ask for it first – before engaging in operation contrary to the license.

#2 – The Public Information Files. I was surprised at the number two on my list. Based on how often we see Public Inspection File violations – or hear about how the FCC can “trap” stations with the question on the License Renewal Form – I thought surely it would have been the number one most common violation.

Failure to properly keep the Public Inspection File does rank high on getting the ire of the FCC down on licensees.

Sections 73.3526 & 3527 of the Rules deal with Public Inspection Files at both commercial and non-commercial stations. The rules outline what is to be kept in the file, the location of the files and who is to have access to the files.

Basically, anyone who shows up at your studios wanting to see the files is to have access to them and they cannot be denied. Should anyone from the public want to make photocopies of any of the files, the licensee is to allow it charging only what is “reasonable” to make the copies. Station owners find themselves in trouble when there are required files that are missing.

A much more detailed, multi-part look at the Public Inspection File is located on this page.

And as a non-commercial station in Georgia found, the excuse that they are a “NCE” station does not wash with the FCC, either.

#1 – EAS Equipment and readiness. The most frequent violation cited by FCC field agents should come as no surprise to anyone: EAS related violations. In the three year period I examined, more than 30 EAS violations were recorded.

As every station owner should know by now, the FCC expects everyone to have the proper EAS equipment functioning and relaying EAS alerts from at least two sources. If nothing else, licensees should be receiving and sending the Required Weekly Tests and relaying Required Monthly Tests. The EAS logs are to be maintained for two years

Such installation and operation of EAS equipment is not optional. Section 11.35 dictates that EAS equipment must be installed properly and functioning correctly for the entire time the station is on the air. For example, one station was cited for not being able to broadcast alerts during unmanned operation times.

It also makes it incumbent on the licensee to identify and fix any problems that cause the receiver to not receive and/or relay any of the required alerts. The reasons for any failure should be entered into a station log, with an explanation why any alerts were not received and/or relayed.

As noted, over 30 violations of this rule alone were cited in just three years. Among them, stations in New Mexico, Michigan, North Carolina and Virginia were cited under this rule for having a non-functioning EAS receiver, or lacking a unit at all.

Since June of last year, stations must also monitor the FEMA IPAWS OPEN CAP Server. The enforcement of that is now starting to happen: A Washington station was cited for not monitoring the IPAWS CAP server.

Time To Do a Self-Inspection

So there you have it, my Top 10 list of FCC rule violations.

If you are the owner, manager or engineer of any station that falls under these rules, how sure are you that one of them could not trip you up should the FCC come knocking on your door? If you are not 100% sure, perhaps it is time to go over them again.

Look at it this way: once you are “in the system” there is no question: it will cost you a lot of legal dollars with or without an actual fine issued by the FCC. And then there is the time that it will take to respond to the FCC’s process. It is best to avoid this when possible.

Or, if you would like some help to ensure compliance, most state broadcasting associations now participate in the Alternative Broadcast Inspection Program (ABIP). It is better for the bottom line to find violations during one of these inspections compared to a “real” inspection from your friendly FCC field agent.

Even better, pass an ABIP inspection and the FCC will not inspect you for three years!

Scott Cason is a contract engineer based in Louisville, KY. His email is: scott.cason@lagrangecom.com