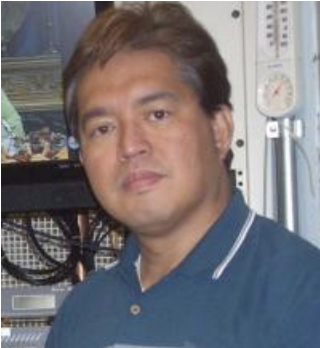 [January 2013] Whether or not if you believe in Global Warming, there is no denial that we have been in a strange weather cycle recently. From the tornadoes and floods in the Mid-West to the floods in NY/NJ/CT to the drought conditions in the West, it is clear that we are seeing more weather extremes. Many stations respond by developing preparations and plans to deal with these changes. Rolin Lintag points out another area that might deserve your concern and/or attention.

Engineers tend to be skeptical when prophets of doom speak. However, what if we get warning from NASA that a major problem is imminent? Should this not cause us to take note?

A Different Kind of Storm

According to NASA Science News a massive solar storm, second only to the Carrington event of Sept 1, 1859, is coming during 2012, or perhaps earlier (or maybe 2013? Perhaps the prediction is as accurate as regular weather?)

So why should a solar maximum concern us?

During a solar maximum a powerful explosion, similar to thousands of nuclear bombs at the same time, occurs on the sun. This explosion produces a Coronal Mass Ejection (CME) that is hurled to towards the Earth, a massive cloud of solar plasma which upsets the geomagnetic field of the earth, creating electrical currents on the ground.

The unwelcome ground currents have the potential of disrupting communications systems as well as burning out power transformers of electric utilities. This might be dismissed as just science fiction if not for the fact that it actually happened on March 13, 1989. The NASA.gov website article “The Day the Sun Brought Darkness” reported that the entire province of Quebec, Canada suffered a 12-hour blackout due to a massive solar storm.

Trying to See What is Coming

This event so concerned the government that the Solar Shield Project was started January 2007 as a collaborative effort between NASA’s Goddard Space Flight Center and the Electric Power Research Institute to forecast and mitigate the impact of solar storms on the electric power system in North America.

The Solar Shield Project seeks to forecast where the electric power grid will be most affected, so that mitigating measures can be implemented – such as the disconnection of power transformers before a burnout can occur. The real threat from transformer burnouts is the difficulty of replacing them since repair in the field of these multi-ton components simply cannot be done. The lead times of replacement can take months, so a wide area electric power blackout may happen for an indefinite period.

On top of the electric power blackout concern is the effect on communications systems and electronic devices of a major solar flare similar to the emission of an Electro Magnetic Pulse (EMP). Solar storms can produce EMP similar to that from detonation of nuclear bombs.

If such a solar maximum were to arrive this year, how should broadcast stations prepare for it?

Just as a matter of being fully prepared for anything, I have asked several electric power utilities if and how they plan to prepare for a solar maximum.

Only one came back with a suggestion – to make sure our power generator sets have enough fuel for at least seven days at all times. At 10 gallons per hour, we would need to have a fuel tank with a capacity of at least 1,680 gallons per station. The logistics alone of such a project will give one an idea on what we might be up against.

This leads us to the important question: Is there really some reasonable contingency plan which we can and should implement to protect our facilities should a solar maximum occur?

The common joke around broadcast engineers is that we are supposed to be in the business of communication but we often find ourselves in the middle of mis-communications – or lack of any at all.
The daily rote has a tendency to shield us from getting news from outside. However, this will not be the case if we make news gathering – like weather reports – as part of our daily routine. For example, we do ourselves a favor if we sign up for alerts from the Space Weather Prediction Center of NOAA.

Those of us who are concerned with satellite communications and HF propagation are already following sunspot activities so this should not be something new. Do you have a plan in place should you suddenly lost all your satellite programming – or worse?

Being Prepared is a Good Habit

A good place to start is with your emergency generator.

Make it a policy to refill the station generator fuel tanks when a certain drop in levels is observed. This means there should be fuel gauges on the generator set fuel tanks, and a remote alarm indication to the Master Control when a low mark is reached.

One protocol we implemented is to make sure that fuel tanks of vehicles are re-filled when the half-tank mark is reached. It became my habit that I fill up even private vehicles in my family when the half mark is reached. The only con to that is the extra time I spend at gasoline stations and more receipts to submit.

Depending on the financial resources and leadership policy, protocols should be in place regarding fuel storage and sourcing should an extended blackout occur. The same contingency may already be in place for other natural calamities but in case your station has none, better start working on it.

Meanwhile, the generator sets, themselves, should be regularly maintained to ensure that they will work when and as long as needed.

Should your electric utility company allow you, be ready to disconnect your substation transformer from the grid when the need comes.

If the Solar Shield Project is successful is notifying which particular areas will be affected, it is likely you can do a faster job in securing the power transformer than the electric utility can. Besides, it is your facility that will be without power if your substation transformer gets damaged.

Be prepared for the possibility of fires at remote facilities. This means that fire alarms and adequate firefighting equipment are on hand at the site as required by OSHA and local building codes.

Protection from effect of EMP should be considered. The objective here is to minimize damage to the electrical and electronic equipment – and be able to restore them back to normal condition when the event has transpired. This protocol may include going off-the-air and connecting the RF switch of the antenna to electrical ground. Anything connected to the telephone or CATV system should also be disconnected. Some stations already have an extra transmitter, on-site but not connected to anything, with the idea of connecting it after an EMP takes out the main transmission system.

As part of this planning facility grounding should be revisited and efforts to rectify deficiencies should be done like the original installation should have been as per good engineering practice.

Some good reading material on EMP protection is available on the web as TM 5-690 Chapter 5 “EMP Protection” from the US Army Corps of Engineers.

After we have done everything we can possibly and economically do to prepare for solar storms, only then can we say “Let the sun come, it’s alright.”

Romualdo “Rolin” Lintag, CSTE, is the Chief RF Engineer for Victory Television Network in Arkansas. His email address is: rolin_lintag@yahoo.com