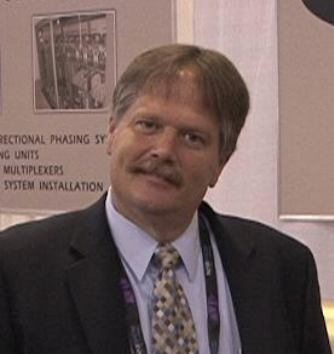 [June 2013] There are a number of reasons for diplexing AM stations. Sometimes it can save a station which lost its site to developers when a lease ran out. Other times, companies just seek to unlock land asset value by combining sites and selling one site off.

Either way, as Kurt Gorman explains, how the diplexer is designed is important.

Question: My boss wants to combine two AM stations on one site. However, the stations are only about 90 kHz apart. Can we do this without compromising either the RF or audio bandwidth?

Diplexing AM radio stations where the frequencies are very close – 100 kHz or less – so that both the RF and aural signals of each station are optimal can be very difficult.

Typically when stations are diplexed, unwanted signals will get back into each station’s transmitter, and cause spurious radiation products.

This also can happen if there are other stations at nearby sites operating on frequencies close to that of your station.

I have developed and utilized a filter circuit that performs well, even with frequencies as close together as 50 kHz.

Conventional series and shunt filtering circuits have been used in the past to accomplish diplexing. But with conventional filtering, it is difficult to obtain the required RF attenuation while maintaining reasonable bandwidth.

Performance of this circuit, even with 50 kHz frequency spacing, yields 30-40 dB isolation to unwanted frequencies with minimal impedance variation when matching 50 Ohms to 50 Ohms at the carrier frequency.

If you have a question about directional antenna systems, you are invited to ask Kurt. His email is: kurt@phasetekinc.com