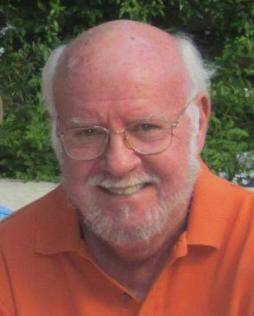 Longtime Atlanta broadcast engineer Tom Giglio lost his battle with cancer on October 16, passing away at home in Loganville, GA. He was 77 years old.

Tom was born in Atlanta in 1943 to James Anthony Giglio and Virginia Wathen Giglio.

He attended John B. Gordon Elementary School in East Atlanta and graduated from Murphy High School in 1961. After High School, Tom went to Georgia Tech.

In 1961, while attending Georgia Tech, he went to work as a transmitter operator with hometown radio station WQXI in Atlanta, GA. Forty-five years later, in 2006, and still with the same company aside from a stint in the US Army, he retired as Corporate Vice-President of Engineering at Jefferson-Pilot.

Tom was well-respected in the broadcast community. A Ham (W4LGA), he was active in county emergency volunteer work and emergency communications with the Georgia Emergency Management Agency.

In 2017 was inducted into the Georgia Radio Hall of Fame. In 2019, the Georgia Association of Broadcasters awarded Tom the GAB Engineering Award. And, in 2020 he was commended for his years as Secretary of the Walton County Citizen Corps Council.

Tom married a childhood friend, Lynn Daniel in 1993. He always claimed that marrying Lynn was the wisest thing he ever did. Lynn was still at his side when he passed away.

Along with his wife, Tom is survived by two brothers and two sisters: James Cruz Giglio (Ann) of Maryland, John Anthony Giglio (Arlene) of Cedartown, GA, Angela Andrews (Bill) of Chicago, and Virginia Dunnigan (Neal) of Cork, Ireland. He had 3 children, 5 grandchildren and 10 great-grandchildren.

You are invited to subscribe to the one-time-a-week BDR Newsletter.
It only takes 30 seconds right here – and we promise not to flood your inbox.