The Story Behind: The Gregg Labs Series 2000 Console

[September 2021] Have you ever wanted to design a broadcast console for your specific needs, be they space requirements, capacity requirements, input makeup, etc? In 1977, a console was needed at Drake-Chenault. In the end, the design proved to be something broadcasters liked, and bought.

In 1977, as we rebuilt our studios at Drake-Chenault, we realized the studios required the capabilities of both a radio board and a recording-studio board.

We distributed music format tapes for automated radio stations, as well as producing “feature shows,” such as the acclaimed The History Of Rock And Roll and The Golden Years Of Country. After considering what was available at the time, I decided to design and build custom audio consoles.

Our primary consideration: the consoles also had to be exceptionally reliable.

We found a need for a total of 12 faders to be available, capable of mono or stereo inputs with several regularly needed features such as multiple input selection choices, balance pan, phase reversal, and having both Stereo and Mono metering available to the operator.

Additionally, multiple output busses were incorporated to account for recording and monitoring needs.

We found that many of the broadcast consoles of that era were built using what I called “transistor radio parts,” not the rugged components used in prior decades.

As Director of Engineering for Drake-Chenault (D-C), I was determined that the boards utilized “only the good stuff” Penny & Giles faders, MicroSwitch and Grayhill switches, Bourns rotary pots, API VU meters, etc.

The design paid off, as the consoles in our rebuilt studios proved to be precise in operation and exceptionally reliable. 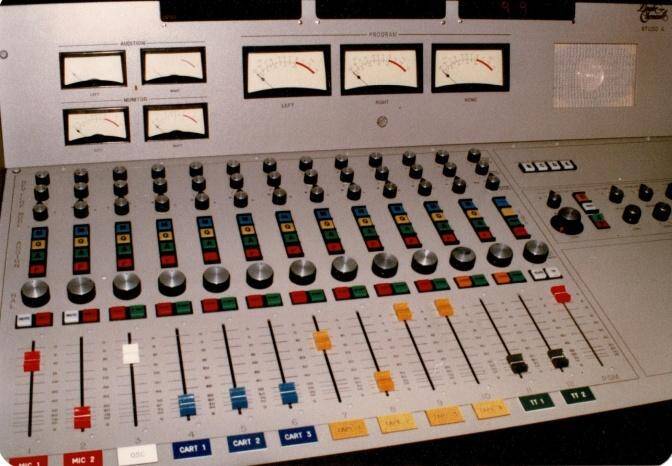 The finished D-C console as built

There were no component failures even after 10+ years of very heavy use. And, our programs and music tapes were used all over the country, noted for its high quality.

FOCUSING IT TO BROADCAST

A few years later, in 1981, I decided to design a more traditional broadcast console based on my experience with the D-C boards.

It would include some features that simply were not available on a typical radio station board, such as three stereo mix buses and the ability to assign a channel to more than one bus at a time. Each Line channel had a Left/Right/Stereo/Mono mode switch, a very useful feature especially when doing production or dubbing tasks.

There was also a time clock, a talkback system, cue bus, remote line input selectors, and electronic audio switching. These functions were unheard of on moderately priced “radio boards” of the time – which were very simplistic in those days.

FROM PROTOTYPES TO PRODUCTS

I built three prototype units, and sold them to KTNQ and KIKF in Los Angeles, and KMFO in Capitola, CA. 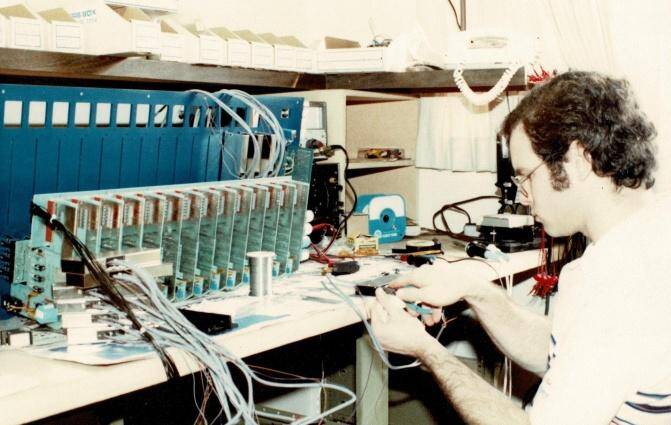 Each station was pleased with the way the consoles worked.

About this time, my good friend Greg Ogonowski was ramping-up his company, Gregg Laboratories. He saw one of my consoles, and suggested that it might be good for both of us to market the board as a Gregg Labs product. I agreed, and soon we were working together.

MAKING THEM EVEN BETTER

Together, we took my original design and made a few enhancements.

The third “Send” mix bus changed from being switch-assigned to being a separate mix, controlled with pots. I added a cue position to the line channel mode selector, so a channel could go to the cue bus without having to move the fader (again – useful during complicated production tasks).

We replaced the opto-isolators I had used for audio switching with active circuitry. We used servo-coupled line, microphone, and output amps to eliminate coupling capacitors in the audio path.

The console’s topology was fully balanced but transformerless, another departure from the traditional “old school” design of broadcast gear. 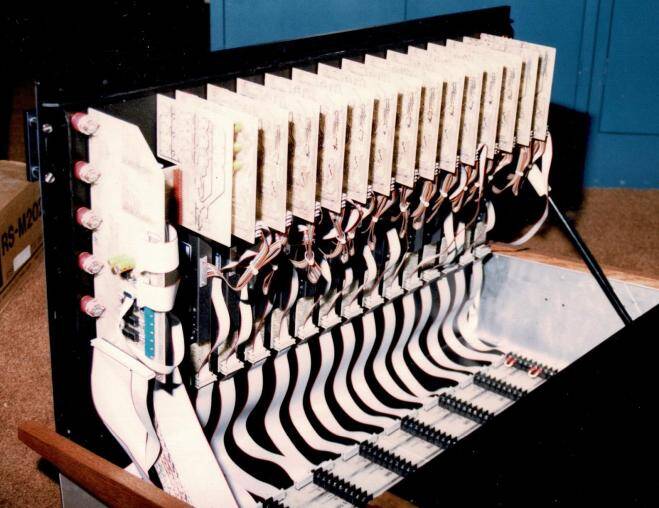 Greg’s expertise helped me refine the audio circuitry of the product, which bested the typical radio board by an at least order of magnitude.

It had specifications and sounded more like high-end “audiophile” gear than typical broadcast equipment, with rock-solid bass and crystal-clear transparent highs. Our internal modular design allowed any mix of line and microphone channels. Even in the days of vinyl, the Gregg consoles’ superb transient response was clearly audible.

Greg agreed with my choices of high-grade components and the overall layout and design of the console, so little was changed there. The top panel was solid 3/16” aluminum so dirt and coffee spills could not get inside and degrade any components or compromise reliability. 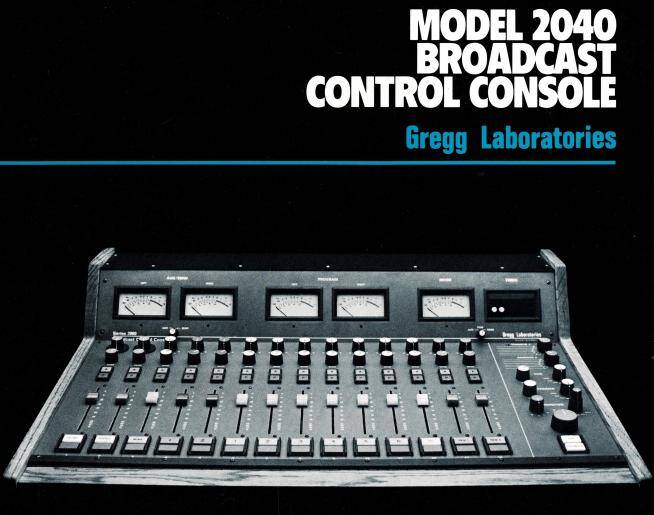 The result was pretty impressive, if I do say so myself!

In 1983, we began production, and they quickly sold.

KIQQ and KNAC in Los Angeles were some first customers. 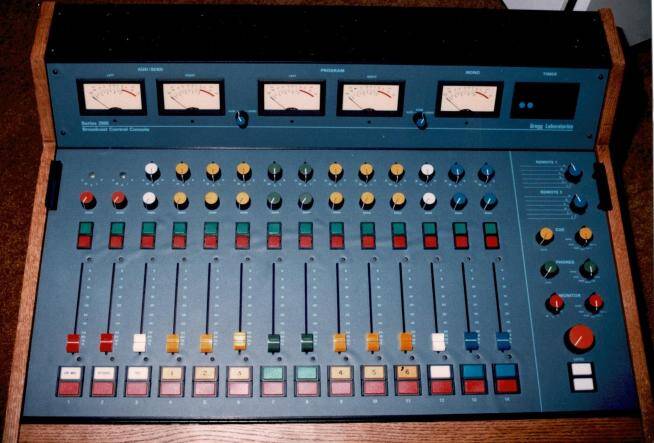 A few of the Gregg Labs boards have surfaced recently and are being restored. The mil-spec pots and switches are still reliable and working well. I have joked with their new owners that the Gregg Labs boards included a 40-year warranty, so it is no surprise that they work and sound just like new! 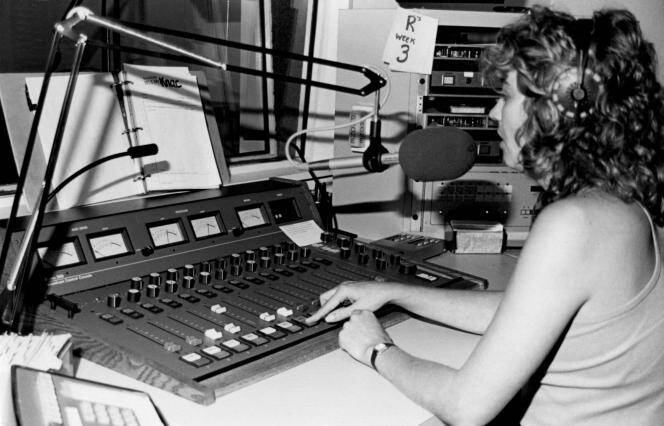 From 1974 to 1988, Hank Landsberg was Director of Engineering at Drake-Chenault Enterprises, a California-based radio programming producer. You can contact Hank at: henryeng@aol.com