The FCC’s AM Revitalization R&O, Further NPRM and NOI 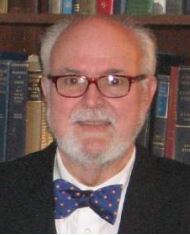 [November 2015] As everyone continues to pick apart what the FCC did and what they seem to intend in the AM Revitalization Report and Order, we seem to have a fair amount of agreement on what are the high points and what is missing. The well-respected Consultant Ron Rackley offers his thoughts as we look ahead.

It was good to see the high level of participation in the comment process of this rulemaking by broadcasters, broadcast industry professionals, and other interested parties.

Overall I believe the FCC has done an excellent job considering the various opinions expressed by the commenters, within the public service framework mandated for them by the Communications Act, to arrive at decisions that will be good for AM radio going into the future.

For those who, like myself, have our thinking rooted in the way things used to be – when licensed stations, whose owners had been selected to provide service in a very formal application process, were considered primary and translators were secondary services subject to being displaced – it is difficult to accept the new FM translator provisions.

If the decision had been made to have AM stations provide service in the FM band back then, say in the 1970s or 1980s, I believe the FCC could have just ordered those secondary users (translators) off the air to make their use by licensed broadcasters (AM stations) possible. That is far from the case today.

Although FM translators still operate on a secondary basis, the FCC has shown no inclination to consider them expendable insofar as the interests of licensed AM broadcasters are concerned.

About a dozen years ago, thousands of FM translator applications were accepted by the FCC in a filing window. A great number of them were granted.

The FCC Rules have changed to see FM translators in an entirely different light than when they were very limited in power and only available for fill-in use by licensed FM stations. Furthermore, the relatively new LPFM service is seen as an important way to promote localism and diversity of ownership in broadcasting.

We are on a new paradigm, you might say, when it comes to the use of FM spectrum by less than fully licensed stations.

Clearly, AM stations are arriving late to this FM spectrum party.

However, given the FCC’s priorities and objectives for its use today, I think the provisions that have been adopted for allowing AM stations to use FM spectrum by obtaining and moving FM translators may be the best deal AM broadcasters could hope to get.

The FCC plans Windows to allow AM owners the ability to acquire an FM translator. The first Windows will permit translators up to 250 miles away to move to operate within the AM station’s 2 mV/25 mile contour.

A quick, easy tool to see what might be available for your station is the new tool from Cavell-Mertz. Just go to www.fccinfo.com and after searching for an AM station, click on the link at the bottom of the page. All translators within 250 miles will be listed.

I have no studies to back this up, but I believe that more AM stations might be able to have FM translators in highly populated parts of the country this way than by applying for new frequencies. (The time for that would have been before the 2003 filing window when the applications for most of the translators that are authorized today were filed.)

We can wish that the FCC had had the foresight to allow AM stations to apply for FM translators back then, but we cannot unwind the clock.

The technical provisions that were adopted and set out in the Report and Order will certainly help stations that must change transmitter sites deal with site location issues.

There was widespread support in the comments for the changes.

Some few people do not understand how relaxing antenna performance and city of license coverage requirements can be a step in the right direction while AM stations need stronger signals to overcome noise and interference.

Consulting engineers such as myself, who do the allocation studies and try to design antennas that meet their requirements and have a chance of gaining local approval, see the necessity for these changes clearly.

It is clear that many AM stations need flexibility in order to continue to operate at all from new sites as licensed facilities.

Power Not the Simple Answer

The idea of a unilateral power increase for all AM stations to overcome noise and man-made interference has been mentioned in the industry from time to time and some people have found it attractive. But it is not workable for several reasons.

We do now have workable options on the table. How AM signals may be improved is addressed well by the proposals in the Further Notice of Proposed Rulemaking.

The rule changes to revise the protected and interfering contour levels, if enacted, will result in AM stations in general being able to increase power and/or make antenna system changes to improve their daytime coverage in a controlled way so that other stations are protected from excessive station-to station interference.

They will also make signal improvement possible when stations relocate their transmitter sites, whether voluntarily or out of necessity. Elimination of the “ratchet clause” and returning the nighttime skywave protection requirements between Class B stations to what they were before 1991 will go a long way to make nighttime coverage improvement for many stations possible, as well.

Although it is a controversial idea, especially for certain Class A station owners, the proposed changes in their protection requirements that many commenters favored will open a discussion in the rule making comments about how their wide area coverage and local stations’ local area coverage objectives should be balanced.

It is time to have that discussion.

The proposed rule changes having to do with details of how stations with directional antennas conduct Method of Moments computer modeled proofs, and maintain their facilities afterward, mostly have to do with “housekeeping” matters brought to light by seven years of experience with the methodology. They are not expected to be controversial.

The end result will be significant reductions in cost and operating schedule interruptions.

The FCC is also asking for comments about how to take care of unfinished business dating from when the first expanded band stations were authorized.

Decisions about what kind of service is appropriate for additional stations in the expanded band and what technical requirements they should meet for interference protection are long overdue.

We now have the most comprehensive look at the FCC Rules as they impact AM radio in the last quarter century underway. We may never have an opportunity for “AM improvement” like this again.

The viability of AM radio as a broadcasting service can be significantly improved in the process. The industry should be interested in all the technical rule proposals and not just how FM translators will be regulated.