The DSPX-AM is a Hit at KHIT 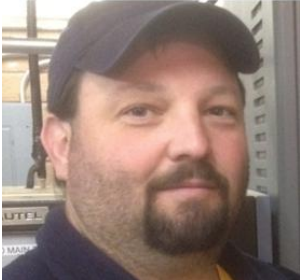 [June 2012] The audio processing field has rarely been as crowded as it is today. Picking the right processor for a station takes time, effort, and a good ear. Chad Owens went on that search.

Lotus Radio Corporation owns three FM and two AM stations in the Reno, NV market. We were in the market for a new processor for KHIT which is our ESPN Radio Affiliate 1 kW non-DA on 1450 kHz.

Our 20+ year old processing chain was on its last leg, preventing us from being truly competitive in the market

A couple of local engineers suggested that we give the BW Broadcast audio processor a try. They were using the BWB FM products and the results were outstanding. So I contacted Doug Tharp with SCMS and explained to him that we needed a good high-quality audio processor, but on a tight budget.

He too suggested we try the BWB DSPX-AM.

I already had some previous experience with BW Broadcast products, as we have been using their RBRX1 receiver to take care of some reception issues at a translator site. We loved what the receiver was able to do for our translator, so we figured we would give the DSPX-AM a try.

The installation was easy.

As with most broadcast gear today, XLR is the standard versus the spade terminal connectors which makes installation a snap.

Since we already had spade to XLR connectors on the previous processor, we simply unplugged the XLRs from the old processor and plugged in the new processor. In a matter of seconds, we had turned the audio processing of the station around.

Easy Path to a Good Sound

The menu options on the unit are laid out in a clear, easy to view format which made it simple to adjust settings.

First, I went through the list of presets and found one that I thought would work for sports talk. Ironically it was labeled “Classical Jazz.” Curious to see what type of processing had been dialed up, I made some quick tweaks and decided to go out to the truck to give it a listen.

What I heard I liked, but the overall sound still was not quite there yet. So, I set up the remote access Graphic User Interface (GUI). 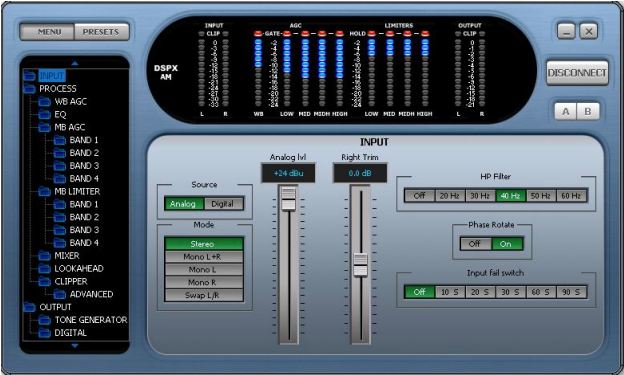 It did not take much in the way of additional tweaking. From the GUI I made a few changes and, in the end, found a sound that I felt made our station jump off the dial.

How was the new sound received?

The new processing on the station did make quite a difference. It was not long before the AM Operations Manager called and commented on the much improved low-end, brightness, and energy KHIT now had on the AM dial.

However, I knew I had struck gold when the GM called and said, “I was flipping through the dial this morning and thought I was listening to our competition. When the station identification came across I couldn’t believe that is was our station. What did you do?”

The DSPX-AM definitely delivered for us. We now have one of the best sounds in the market, and we did it under budget.

I am happy with our decision to get the DSPXAM. In fact, we like it so much that we bought another one for sister station KPLY.

And I cannot wait to try more products from BW Broadcast.

Chad Owens is the Market Engineer Manager for the Lotus Radio Stations in Reno, NV. His email is: Chad@lotusradio.com