It seems it is Radio Show time again.
This year it is going on in Orlando, Florida, right outside the Mouse House. Actually while it is not in Disney proper it is just inside the gate on 536 at the Hilton Bonnet Creek Hotel. Yes, we were inside the Disney gate this time, but not in the park proper. According to the NAB 2130 attendees were present this year, up about 156 from last year. 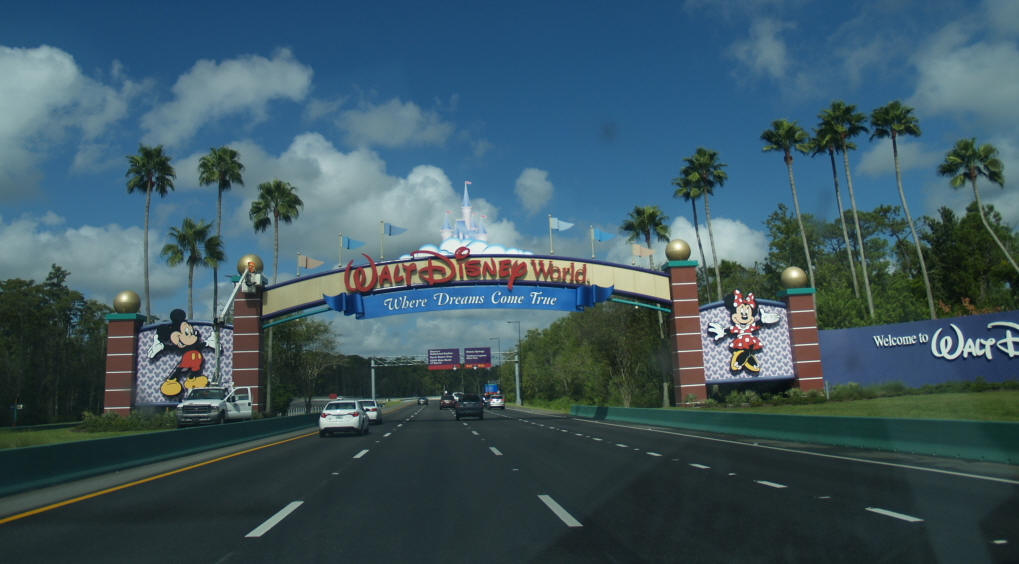 While today was billed as Opening Day, I did not expect a great deal of activity since the show floor and main festivities do not get in gear until tomorrow.

During the afternoon, I made my rounds and started checking things out to see what was going on. If you have not been to a radio show you should probably go when it is in your area. While it is nothing like the big Show in Vegas, it is a great opportunity to meet up with other radio people in the region and get ideas on how to make things better.

I ran into quite a few familiar faces, and started catching up. I will name some names in tomorrow’s tell all expose’ into the Radio Show. 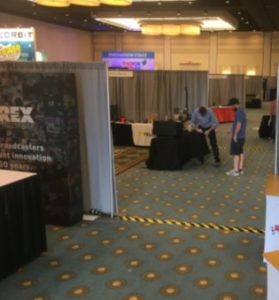 As a looked around the floor I could see many manufactures setting up their booths, getting ready to go.

While the floor exhibits were still being set up, I did drop in on a some of the few conferences in session today.

One of the bigger ones was on being prepared for emergencies. It was interesting that they were not only discussing what you needed to do but how you could sell it to sponsors and make a profit on being ready. 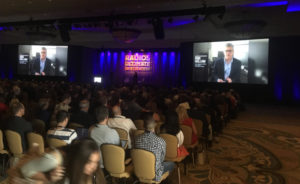 For me, working in coastal Florida, of course I would never have any need to be prepared for emergency situations that might take radio stations off for days. Oh wait! is there another hurricane developing? Oh-oh!

Here on Wednesday and the show is in high gear. I am seeing more and more familiar faces, and getting a chance to catch up on things happening around the area.

Before I can even get to the Floor, I see the nice folks Shively showing off a few antenna’s and combiners. 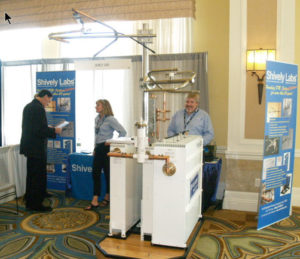 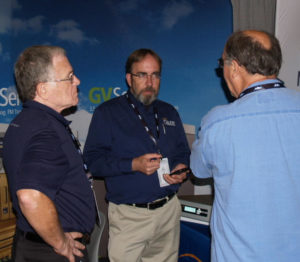 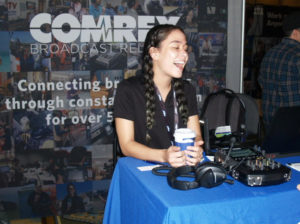 Also Gary Liebish and Jeff Welton were busy in the Nautel booth explaining all the neat transmitters they have to offer. And, at the Comrex booth they were getting audio from here to there sounding perfect.

Bob Cauthen was more than willing to help you get any products you need at the SCMS booth. Over at the BE booth, while partially hidden you do see an Elenos transmitter on display along with all the traditional BE Equipment. I spent some time discussing with them how the transition of Elenos buying BE was going, and it’s all smooth sailing. 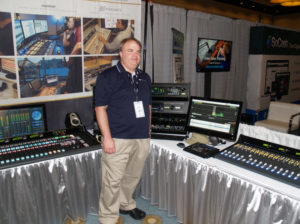 Although his house was destroyed by flooding from Hurricane Florence, Mike Erickson was at the Show, letting folks know the Wheatstone Facility in North Carolina itself received no damage from Florence (while the area did have extensive flooding the plant was located high and was safe from the storm). 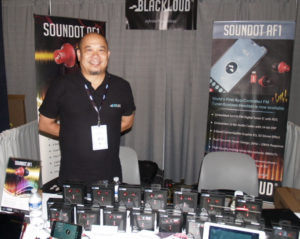 One cute little device I ran into at the show is the Soundot. Currently this is only available for iPhones but the android model is on the way.

This is a earphone system that has an FM receiver integrated into the headphones. So FM chip is not installed or turned on, no problem you can still listen to the radio. The BDR is going to see if we can take a closer look at this product in a future article.

Over in the HD area I ran into David Kolesar who was telling me about an AM station that has made the transition from hybrid AM HD to full digital operation and how well it is working. He was telling me that during the day inside the 2 mV/m contour that it is 100% solid with no dropouts whatsoever.

Also that it is still easily listenable out to the 0.5 mV/m contour. If I get the chance Thursday I will see if I can sit down with David and go into some more detail.

Remember the Article I just did on the FM Guardian? [add link]. Well, Joe has been busy over at RF Engineers developing the “Watch Dog Six Pack” 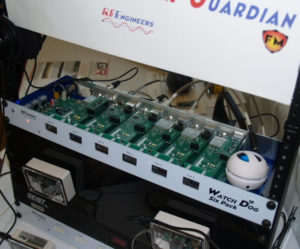 This one is just getting ready to hit the street, but it includes up to 6 Receivers – not only FM but AM and VHF.

It is in a 1RU case. While it is saiud to be coming out before long, it is still actually in development at the same time.

One of the development items may be an AES67 compliant module that would allow you to send all of the streams on your AOIP network.

Today was a great day to run into friends and fellow engineers, and do a fair amount of catching up. 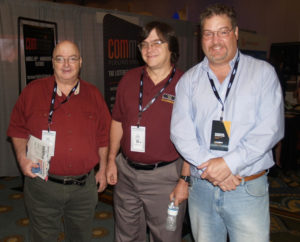 Need some Medical Advice Doc Wallach from ‘Dead Doctors Don’t Lie’ was on hand to answer any questions. 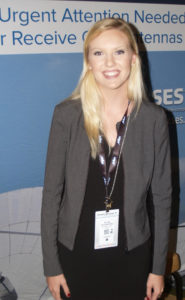 SES & Intellisat were at the show urging everyone to get their C Band Dishes registered before its too late. There are reimbursement plans in place to eliminate the cost of registering.

This cannot be emphasized enough: we need to protect the C-band receive sites from the FCC’s next major oopsie – as they think they can rewrite the laws of physics and allow ground base transmissions on the satellite frequencies – expecting that it will no harm reception of programming.

Kelse Rutheford was encouraging every one to get their registrations completed more information is available at www.ses.com/fccregistration. 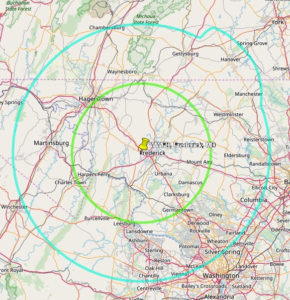 Today I was able to have a longer conversation with Russ Mundschenk of Xperi (This is the new name for the ones who handle HD radio). We talked for a bit about WWFD 820 in Frederick Md, going full digital MA3 all digital modulation.

As of now they are saying it is working good out beyond the 0.5mV/m contour (which is the outer light blue ring), with the MA3 scheme there is no analog carrier at all and the Digital signal is transmitted ± 10 kHz from carrier frequency. 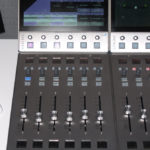 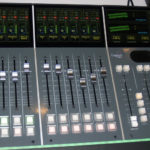 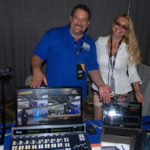 Calrec was showing off their new AOIP console targeted at radio, and I cannot complete this without showing the AOIP consoles from Logitec and SAS (ignore that guy with the camera). Yes, the choices for AOIP consoles and associated equipment are growing at every show. 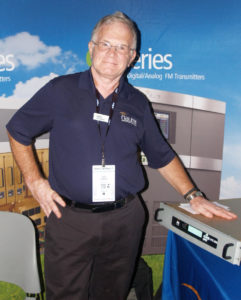 I say “expects” because I am well aware of how this industry can pull us back in, no matter how hard we try to stay away.

Hey! Tell me if you likes this report, please. Thanks, Alan.