Well here I am once again traipsing the floor at the NAB Spring Convention in Las Vegas.
I will start off with an admission of guilt: I did not file a report yesterday as the editor in chief was lost somewhere in the Arizona desert. Somehow he managed to find his way out and on to Vegas, so I guess I need to get back to work.

Let us start off with a very brief review of Sunday, I first went to the NUG which was at the Paris this year. (Hearing all sorts of rumblings of no free parking, I rode the Monorail into the site from the WestGate.) NUG was fine as expected, I saw many friends, and learned a bit as well.
Next I was off to the WestGate to hear from GatesAir, they had a growing crowd of people and also presented good information.

Now comes Day One of the NAB, and I made my way into the North Hall. One of the first booths to catch my eye was the GatesAir booth. There they were happily showing off their Flexiva Transmitter line. They (along with others) were discussing the idea of “Single Frequency Networks” that will likely be a very big topic moving forward. 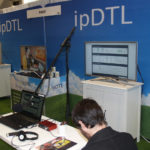 Basically it is service that allows you to make low latency remote connections with full audio quality from anywhere you have Internet connectivity back to your studio. Similar services are starting to pop up from other vendors, but this one looks and sounds nice. 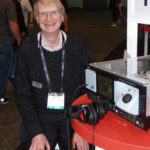 At the Orban booth our old friend Bob Orban was able to take a few moments and talk about the new Orban 8700i processor and its new features including exponential loudness which helps correct and restore over processed source material.

Down at the Kintronics booth they were showing several new products. They now are producing a new larger line of Iso coils that easily allow translators to be placed on hot AM towers. 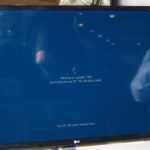 I will have to make another stop by the Wheatstone booth as when I was there, well Windows10 had decided it wanted to control the demonstration. Opps! Thanks Microsoft….

Honestly, I thought there was more after the Wheatstone Win 10 update, but it’s vanished. I didn’t realize it had truncated until after it was posted. Tis time to move forward.

Unfortunately due to some technical difficulties I fell behind on my daily updates So I will give the rest to you now. 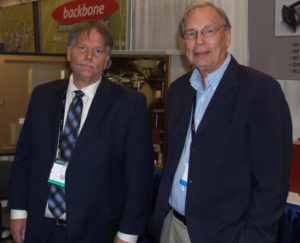 On Tuesday, I arrived on the floor bright and early all bright-eyed and ready to go. As I first wondered in I bumped into Jim Johnson talking with Kurt Gorman at the Phasetek booth.

I should point out that I think the most important part of making the trip to NAB each year is having a chance to have face time with friends and acquaintances from across the country.

When I first came to NAB in 2002, I did not know anyone. Now, I know hundreds of people from across the country.

The State of EAS

I then got down to the meeting rooms to hear what Al Kenyon of FEMA had to say about EAS operations he was joined by Austin Randazzo a attorney advisor for the FCC.

When Al asked one of the big questions on many people’s mind about part 11, “how does the FCC define the word ‘immediately?’” Austin would only reply “No Comment.” I think that pretty much means even the FCC does not know what what they are talking about.

(For a bit of History when Part 11 of the Rules was written, during a national alert was issued your equipment was going to have to pass audio from a live stream. Now when we are using IPAWS and have the advantages of digital playout of a stream from the IPAWS server, I would pretty much think “Immediately” should mean as soon as your box can process the alert and have just a bit of buffer time, in the appropriate language for your format.)

Stopping by the Arrakis booth, Dale was happy to show me that they have added Bluetooth capability to many of their consoles. 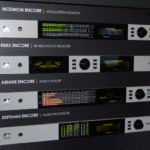 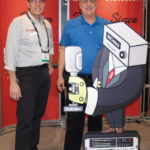 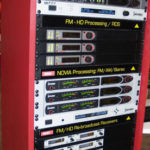 If you had a desire to get certified Terry Baun and Ralph Hogan were happy to assist with that. {862}

Time to Meet and Eat!

Then I was off to Barry’s Annual Lunch Gathering at the Westgate hotel, for more on that event check Barry’s report. 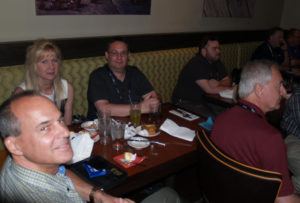 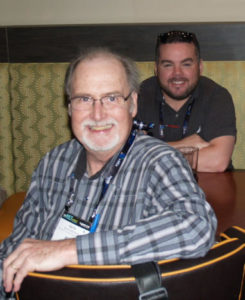 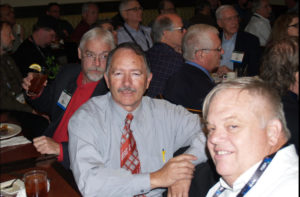 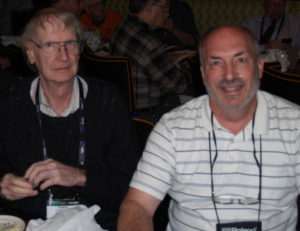 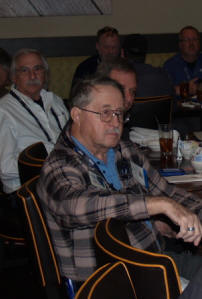 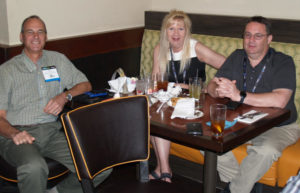 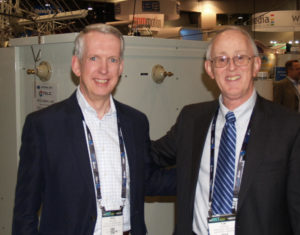 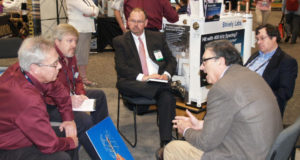 After Lunch I bumped into Nigel from the BBC talking to Tom King about BBC HF facilities across the pond.

At the Shivley Booth deep discussions was in progress on antenna topics, or was it about where the best shows were that night? 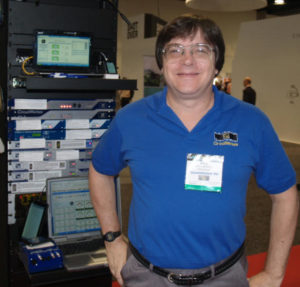 Over at the Broadcasters General Store booth Kyle Magrill was ready to assist with any questions about Circuit Werks products. {917}

After that it was finally time to bail off the floor for the day, and have dinner with friends.

Wednesday was a bad day for me and I did not spend much time on the floor at all. So we move on to Thursday. 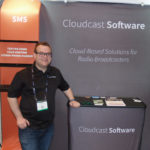 While I am not one to be excited about anything “Cloud based” Cloudcast software did catch a bit of my attention with their services.

One that may be handy for stations is one that allows SMS or .txt messages to be directed at the stations request line, and of course studio staff can reply as well.

I noticed a very neat little device at the Rivendell, it i’s called the Wall Time. It is a small Raspberry Pie based device & program that operates with a GPIO box and simply displays the time and any sort of alarm’s or status you can think of as long as you can get a logic line from it. 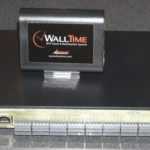 In my Hunt for composite STL transmitters I did run across an offering from Armstrong, I am now told this may be a rebranded RVR, but none the less it is getting hard to find true composite transmitters any more. When asked they were very quick to point out that it will not pass the digital composite signal from a Mosley DSP 6000.

At the Kintronics booth I was introduced to Titus Radio receiver, it is a DSP-based receiver in a mini boom box form. 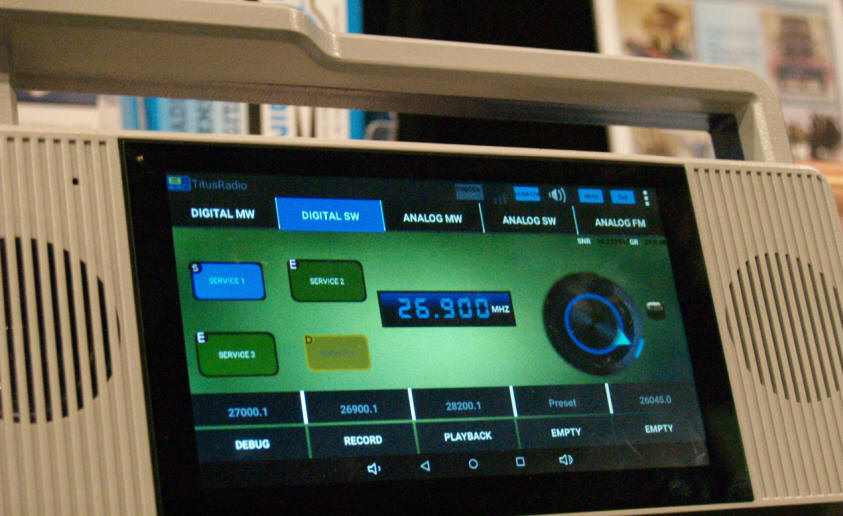 While I did not get the full rundown on its capabilities, I did see it receiving and decoding DRM Shortwave signals. It is also good at receiving standard AM and FM signals and I believe it also does FM IBOC decoding. I will be doing a bit more research on this one and it just might be an excellent item for the service vehicle to be able to monitor all signals I might be working on.

That about wraps up the show from me, I probably did not cover as much ground as I usually do this year, still it was very nice to get to Vegas and see so many friends from all over.