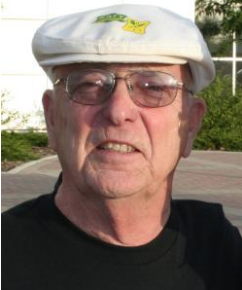 [April 2017] Each time a lightning storm passes, broadcasters tend to hold their breath and hope their facility will not attract a lightning bolt that will take them off the air – or, worse, damage the transmitter.

After all, broadcasters should not be surprised that their site might attract lightning strikes. Essentially, those towers are just tall lightning attractors in the sky. They might as well have a sign on them, saying, “Hit Me!”

Those who have suffered a direct hit, or even one close by, can attest to the damages lightning can cause –anything from damaged ICs to burnt PC boards or, major damage to the transmitter or associated gear.

Ron Nott, K5YNR, has been well-known over the past 30 years for his research into lightning and the resulting products designed to reduce lightning strikes and the resultant damage faced by broadcasters. Nott, who passed away at the end of March 2017, used his knowledge of broadcast, electrical generation, and manufacturing gained at school and while working in the Army, broadcast engineering, and power plant operations to design and sell solutions.

Among his best sellers were his dissipation arrays – the Static Cats – for short towers, used by oil and gas producers, as well as the much taller towers used by broadcasters.

Fittingly, his company name echoed the success his products had in solving problems: Nott Limited.

In the video linked here, Ron discusses his research into the way lightning works and how his products reduce the chances of damaging strikes. This video was made in 2012, around the time that Ron was moving into “retirement.”