Setting a Standard for Audio Wiring 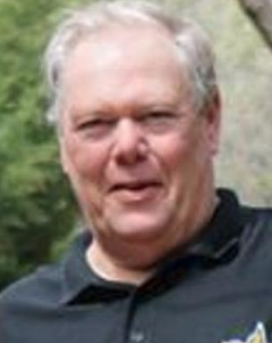 [May 2017] Whether you are constructing new studios or doing maintenance in an existing facility, some key considerations are the station wiring standards … and documentation. Rod Zeigler has been there.

I have here, sitting in front of me as I write this, an 18-inch piece of Belden 8723 cable with a miniature stereo plug attached to one end.

And I am afraid, very afraid, of what I will find inside. 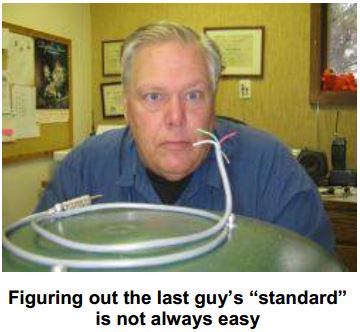 I am afraid because of an experience I had a few years ago, last winter, when I replaced a control board in an FM studio.

Red/Black – Green/White
Tool of the Devil?

I was documenting the “ins and outs” of the old board, to ensure everything would work when I was done. At least I thought that was what I was doing.

Actually, I found that each of the colors of the Red/Black – Green/White shielded stereo cable had been used for left and right, as well as high and low, in one place or the other!

Clearly, the standard was anarchy – and as fits anarchy, the wiring had not been documented or a standard posted anywhere.

Of course, when it comes down to it, the audio really does not care what color the insulation on the wire is. It just needs to get where it is going, cleanly and correctly. The wiring pattern also has to be easily duplicated in the future.

On the other hand, I have also been in the position where I had to rewire an entire station because the wires leaving the studios changed over to a completely different type and color of wire a couple of times before they arrived at their final destination.

Audio polarity in that station was, at best, difficult to determine.

After rewiring those studios I found the polarity at one transmitter site also had been flipped to correct a legacy phase reversal in the studio 30 miles away. I will not expound upon the masking tape that had been used for the many splices.

And, no, none of that wiring still is in use.

Periodically on the BROADCAST email list a discussion there addresses what might be the “standard” wiring scheme when using shielded stereo audio cable such as Belden 8723, with its pairs of Red/Black and Green/ White.

As you might imagine, the discussions usually have the passion and fervor generally reserved for politics or religion. Still, many of the differing opinions had logic and merit. Some even had sources cited for justification of their position.

This led me to think about a number of things that I have experienced while engineering radio stations. One was that some standards seem to begin and end with the person using them.

Another thought concerned the documentation and prominent posting of these standards.

Searching For a Standard

To plan for the future, I decided to try to find a definitive and authoritative answer to the question at hand: What is the correct wire color scheme in a balanced, stereo audio circuit using the Red/Black and Green/White pairs such as those found in Belden 8723 type cables?

At first glance the best site, categorizing exactly what I was looking for, listed the Electronic Industries Association Standard Wiring Color Codes for Stereo Audio Channels. I reasoned that an industry association would be above any proprietary bias and would be straightforward with information concerning what I considered to be a standard type of cable.

This is what I found:

OK, good; a great standard. But there are just a couple of small problems here.

First, where did the Blue wire come from? Secondly, Red/Green as a pair? Our cable has Red/ Black as one shielded pair and Green/White as the other pair. This standard obviously does not pertain to our cable.

Then I tried a couple of proprietary sites.

The first one I visited was the ProCoSound site, to see what they had to say. They had a very informative wiring standards page. The top half covered the wiring of various connectors.

The information on this site tracked quite well with what I consider “standard” audio wiring practices. Their color codes were broken down into four categories. However, the first two categories did not pertain to our cable.

The third category of Acculink and Helix multi-pair audio cables were the first with our Red/ Black and Green/White pairs mentioned.

Red/Black was the first pair – with Red being “Hot” and Black being “Cold.”

Green/White was shown as pair 14 – with White being “Hot” and Green being “cold.”

Pairs 3 and 4 were also mentioned, but do not pertain to this discussion.

These two wiring schemes seem to be in opposition to each other until we consider that the first standard mentioned was for many more than two pairs of cable in the same jacket.

This scheme uses the “Cold” wire colors as common group identifiers. It is still confusing nonetheless when trying to determine a “standard.”

The second proprietary site I went to was Belden’s site.

After accessing a number of pages on the site, including a couple that mirrored the multi-pair scheme from the ProCo website, I decided to go to the 8723 listing in the online catalog.

There I found no definitive Red is positive, Black is negative designations, but the color codes for the pairs are listed as Red/Black and Green/White. This would lead one to believe that Red would be synonymous with Green and Black with White, which would also match the

I feel that I can say that the following designations are the consensus polarity “standard” for cables using the Red/Black and Green/White shielded pairing scheme.

Normally, this requires a “standard” of some type, which should be set by the highest engineering authority a station has, be it the local Chief or corporate Director.

Since that meant it was my call, I decided my personal solution was to completely discontinue use of the 8723 Red/Black – Green/White cable in balanced, stereo audio connections.

Instead, I have gone to using two pair zip-cord-type, shielded audio wire from Gepco. It has only Red/Black pairs differentiated by some type of marking on their outer jacket, either a rib or a red colored line, as shown here. 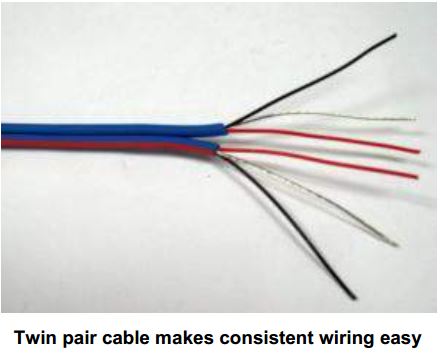 This ends the polarity issues and one standard also settles the Left/Right question: My personal standard for this wire is “Red is Right” because it is simple and easy to remember.

I am not saying I never use 8723 type cable. I have found it invaluable for wiring remote audio jacks, low voltage and audio switches, potentiometers, speakers and other things. It is great for wiring satellite relays as well.

Nevertheless, I have been burned far too many times when trying to get an audio feed connected quickly, only to have a phase or channel reversal because I followed someone else’s “standard” found in the same punch block or other connection area.

I have also had heated discussions with other engineers who wire a plant to the “I think this is the way we did it and we have a bunch of this cable to use” standard.

This is not how I want to run my stations.

Something I try to accomplish in every engineering project is to make things as simple as possible for the next engineer.

I know I am not going to be onsite, every minute for eternity, to guide the next person to work on a particular circuit. Therefore, if I can plan and execute a project so that it is self-explanatory to those that come after me, I feel that I have done the job correctly.

One thing of which I have become very cognizant lately is the educational background of those who will become tomorrow’s broadcast engineers. For the most part these are people who have been immersed in the IT discipline almost since birth.

They have a digital background and are learning a completely different culture and language when they have to deal with anything analog.

Giving them an enigma such as varying wiring schemes will cause them extreme difficulty. Giving them a simple wiring scheme will help tremendously while they are learning all of the other skills necessary to produce a quality signal in the analog portion of the broadcast plant.

Here is a practice I have found to prevent problems and solve issues before they start:

Whatever wiring standards you choose and implement, document and post it in those areas where it will be needed.

Please do not think about doing this – just do it! 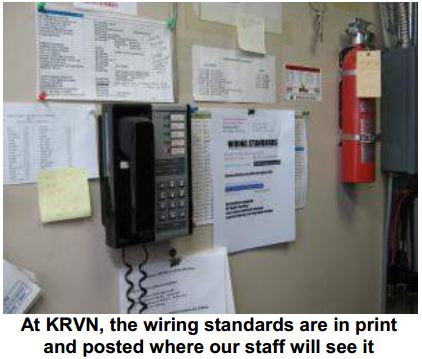 As you can see, among other places, the wiring standard for KRVN, KTIC, KNEB, and KAMI is posted right next to the shop phone. Here is a larger view of the sheet.

If you implement this practice, you will save the next engineer a large amount of grief. And you may very well even end up thanking yourself for this little reminder sometime – on a day when you are trying to drain the swamp at the same time the alligators decided to have a family reunion.

Rod Zeigler is the Director of Engineering for Nebraska Rural Radio Association (KRVNKTIC-KNEB-KAMI). Contact him at: rzeigler@krvn.com