Mentoring As A Collaborative Effort 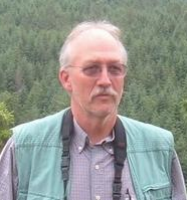 [February 2017] According to surveys, the broadcast engineering fraternity is graying out. Yet, with the reduced staffing at many stations and clusters, there are few new folks to train, even if the broadcast engineers had the time to teach their craft to the next generation. Dave Dunsmoor says that is no reason for the older generation to give up making the effort.

I used to know it all until the day I discovered that I don’t.

Mentoring is one aspect of engineering that I appreciated the most when I was getting started in this line of work.

However, over the years, other than the occasional assist by another engineer either in town or on the phone, I generally have been on my own.
Prior to broadcasting, my experience consisted of a year in the USAF electronics program, (then another three years using what I had learned to keep the “mutually assured destruction” in fine working order), a couple years with the Boeing Company, then it was off to tech school.

After I graduated it was time to look for work. I started with the FAA – and soon also took on engineering with one of the local AM stations as a side job.

Working for the US Government was, well, a kind of easy that I had not experienced before. And I say “easy” not due to the work being easy but that the job expectations, formal technical training, and on-the-job training were all laid out sequentially, and the opportunity to advance was there if one had the interest, and took the initiative to do so. The feedback process was formal as well, but not always very informative. It was usually a “check the box” exercise.

In the other hand, the Broadcast Engineer title I inherited when I took on the side job of “engineering” for a small AM station automatically indicated to management that I had all necessary skills to do anything and everything necessary to keep them on the air.

In reality, on the job I quickly discovered that, although I had an excellent grasp of concept, theory and math, I was somewhat short on experience. I found that I really did not know as much as I thought I did.

This is where mentoring became important.

He taught me technical aspects as needed to solve occasional specific problems. But more importantly, he taught how to think my way through a problem. That is the skill I use most now, all these years later, and what I now try to teach my replacement(s). And replacement can be defined as the newly-hired multi-station broadcast engineer, or an inquisitive (and capable) owner.

I try to impress upon them what they need to know so as to not hurt themselves as they go about the work of “Mr Fixit.”

My Turn to Give Back

“It was a dark and stormy night” as Snoopy in the Peanuts cartoon was often seen to be starting his novel – and so it was one night when I was asked to ride along to assist a new engineer with a somewhat vexing problem.

I have always liked working with this particular station as the operations manager did not second-guess me. She never micro-managed or wanted all the technical details, just “is it fixed?, and if not what do you need?, or if so, send us an invoice.” No quibbling.

The task at hand was to meet this new engineer (who was tasked with maintaining many stations in three widely-spaced cities) to see if we could find the cause of the (relatively) new FM transmitters shutting down for no apparent reason. My initial observation was that the shop and transmitter site were in disarray, with partial manuals and assorted parts all over the place.

Together, we traced and checked the 3-phase power cabling back as far as we were able to the main utility power switch, and found nothing suspicious. Next, we moved into the transmitter poking and trying to wiggle all connections, and doing a general visual inspection as I described what we were looking for and how to determine good from questionable connections.

All-in-all, we found a couple connections that were not properly tight, but were not really loose either.

Then, with the 3-phase utility switch back on – the three breakers on the front of the transmitter back on – we hit the filaments on, waited 5-10 minutes, then plate on and the HV came up.

So we stood there for about five minutes or so, discussing various aspects of engineering, etc, when the transmitter dropped with a BANG! – and then immediately came back up. All parameters came back up as before, but with a plate fault indicator lit.

So now we got to see (and hear) the problem first hand, but still did not know why.

This meant it was time to demonstrate the subtle, but very important part of troubleshooting: I just stood there, “doing” nothing, but considering what had happened. After several seconds of silence, we took inventory of the front panel indicators, as we thought about what to do next.

When I was first asked (by the station operations manager) to assist, my first thought was “loose primary connection somewhere.”

That was where my logic was going as we allowed the transmitter to warm everything up, especially the power connections, which were to be checked with an IR thermometer.

We had not gotten that far yet when the transmitter dropped out again, so I thought a bit and got my “secret” troubleshooter out of the tool bag – a rubber mallet.

As I tapped along the frame of the transmitter between the HV and RF cabinets, I could occasionally hear a “clunk” inside the HV cabinet, right about where the HV and control breakers and the HV contactors are located. This tapping and subsequent clunk corresponded with the blower status LED blinking, and if I tapped hard enough, the transmitter would shut down.

At this point, I asked for schematics, only to discover none were on site (he was new there so this was not his fault), Since the transmitter was now on-the-air and, as this particular station was a significant portion of the company’s billing, we decided we ought to leave things be for the time being while he perused the books and schematics the next day at work.

The way the transmitter was built and operating focused our attention on a relay in the area we were tapping or the adjacent airflow switch.

Before leaving, I laid out what I thought his next line of troubleshooting should be: to see what exactly controlled the contactors in the HV cabi-net and the associated blower status LED.
A few days later I stopped in to check in with him to see what progress he had made in tracing out the fault logic. Following my suggestion, he was in the process of logically placing sections of the (printed from online) schematic next each other so he could develop a line of thought to determine which step might be next instead of merely replacing several expensive 3-phase contactors.

A few weeks later, I felt like I owed him another visit to see how he was doing, and asked what, if anything, he had found with the transmitter.

A bit to my surprise, the engineer explained that he had not found anything wrong. It turns out that since our visit, there had been no further interruptions – the transmitter had not failed for even a portion of a minute since the day we were there and all now was working as it should.

While I was at it, I also visited with the operations manager. It had been a while since our last visit, so it was good to “catch up” on various aspects of the station’s operations.

This led to our discussion of the circuit and probabilities as to what might have been the cause of the initial failure(s). We agreed that the problem was not cured, but most likely “just resting” until what triggered it happened again.

Nevertheless, I felt it would be prudent at the next maintenance period to check the contactors and the air-flow switch for proper operation.

Before leaving, I made sure he had my contact information, should he desire to call and ask any further questions. He seemed grateful for the opportunity. Also, while there, I checked the shop and his office – both now were neat and tidy, with so much of the extraneous “stuff” I had seen on my initial visit now gone to the recycler.

Eventually, by carefully looking at the circuit each time he was at the transmitter, the engineer followed my instruction and did as instructed. In due course the problem was discovered.

It turned out not to be a contactor or air-flow switch, but a loose high voltage wire on the PA tube. It is loose no more.

When I spoke with the operations manager, she confirmed that the engineer was working out well for being new to the job. While there were some aspects of the job peculiar to the station, such as checking the antenna heaters before storms hit, she is sharing what she knows. I believe they are going to work together just fine.

He will do well.

A final point to consider is when the job is finished. The mentoring job, that is.

Just like many other goals in life, when it is apparent that it is finished, and your young replacement is now on his own, it can leave you with a bit of an empty feeling. That is unless you have yet another worthy goal to pursue, such as mentoring someone else.

To paraphrase the beer ad from TV: “stay active my friend.”