LPFM – A Difficult Fight to Stay in the Game 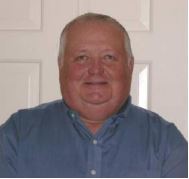 [June 2011] LPFM advocates have looked to this service as an outlet for those who want to reach the local community without a huge investment in time, applications, and money. Others see LPFM as diluting the audience and a danger to full power broadcasters. James Pollock explains why the hurdles presented to LPFM will prevent it from becoming more than a niche industry.

After executing searches for several parties, it has become apparent that LPFM will not become a burgeoning industry, or menace, depending upon your perspective. Indeed, the LPFM service seems to be in a conflicted state of anxieties and expectations.

No Danger to Full Power FM

The more one does research into the current potential for LPFM service the more it is clear that any possible scenario of LPFM stations popping up like dandelions on the thriving lawn of the FM Broadcast Band will be assuaged by real world impediments.

Aside from the FM translator application logjam and a pending rewrite of Part 73, the primary limiting factors for LPFM proliferation most likely will be:

Let us take a look and see why all these factors add up to a rough road for LPFM.

Band saturation by existing stations is the number one barrier to establishing LPFM service.

To cite a real-world example: I live in the Philadelphia-Trenton radio market. There already are several pairs of grandfathered Class B stations which are on 2nd and 3rd adjacent channels to one another, cranking out their usual 20 to 50 kW. Although grandfathered 94dBu/54dBu overlap is prevalent in this market, interference does not seem to be a problem.

Each of the urban Class B stations eliminates five (5) channels for consideration assuming that the FCC eliminates the protection requirements for 3rd adjacent channels. The situation can be sized up rather quickly: Under current FCC Rules, none of the frequency pairs could harbor a new LPFM station, even if one of the Class B stations did not exist.

Sure, a few “holes” will appear from time to time. However, these holes usually end up getting filled in by a suburban Class A station or translator. Even after applying the elimination of the 3rd channel spacing restriction, it soon becomes apparent that someone‟s 3rd adjacent channel is another‟s 1st or 2nd adjacent channel or co-channel.

The net result is that the band in Philadelphia is full, and the Local Community Radio Act of 2010 will have no effect on generating an LPFM opportunity.

The LCRA is only ten pages, double-spaced in 12 point Times Roman font. It is a quick read. If read repetitively, euphoria or consternation yield to their respective opposite status due to the nebulous and subtle surprises in the bill.

For instance, second adjacent channel waivers may be granted in lieu of geographical spacing requirements if propagation and terrain modeling is used to assure contour protection. However, while terrain shadowing may work in Telluride, Colorado, but there is no option for the “flat-landers.”

Similarly, directional and composite antennas, which are effective in controlling the direction and strength of radio frequency radiation, are currently prohibited for LPFM. Another problem for LPFM stations trying to operate with permitted frequencies: The FM curves do not show distance to contour for any HAAT below 30 meters. The FCC needs to allow other analysis methods such as Longley-Rice – which is point-to point.

Or try this one: Section 7 of the Bill is of particular interest to New Jersey LPFM aspirants. In Section 7, paragraph 6 of the LCRA it seems that only New Jersey qualifies to shoulder some extra effort as written into HR-6533 whereby 74.1203 for translators kicks in.

The “bill” does not specifically mention the state of New Jersey. It is the manner of how the criterion is crafted:

As you might have already guessed, New Jersey is the only state that qualifies under the LCRA.

When an application for a Construction Permit (CP) is filed, the FCC will notify the FAA and you will get a form to fill out and send back to the FAA.

If the LPFM station is intended to occupy a multi-user tower, the FAA will want to know the frequency and ERP of all tower occupants (FAA form 7460-1). If it is a registered tower, there should be a prior IM study on file at the FAA; obtain a copy of it for “before” and “after” comparison.

The FAA will run its own inter-mod (IM) study, and issue a report. If you score a “hit” in the Aviation Band, the LPFM CP application may be jeopardized. You may have to save the application by submitting a statement which demonstrates that the “hit” will not be an issue.

This happened in 1986 when I assisted a new LPTV station in Trenton, NJ. At the time, The LP-TV was the sole occupant of their own tower. The FAA wanted to know the frequency, ERP and predicted field strength at the official geographical coordinates of Trenton-Mercer County airport. Then the FAA wanted to know about “out of Aviation Band” signal strength.

In this case the FAA was interested because the existing tower was within a five mile radius of an airport with a control tower. I replied with the results and never heard from them again.

In Philadelphia, Pennsylvania; there are two co-located stations at 93.3 MHz (Class B) and 107.9 MHz (Class A). One of the 3rd order IM products is 122.5 MHz which is in the communications sector of VHF Aviation Band. Obviously, the issue has been addressed on this one.

Let us say that you have a Construction Permit in hand.

The present LPFM CP term is only 18 months. It is not a lot of time. Time, more so, is of the essence. Depending on circumstances, it may require as much work as getting a full service station on the air. The only difference is the placement of the decimal point in specifying the transmitter power output.

An 18-month term enhances the risk of LPFM to delays due negotiations with local authorities, a stretch of bad weather, or getting the equipment together. Building your own tower will consume a big portion of the CP term, and leave little or no time to get the station on the air. Tower construction requires zoning and environmental approvals. It is also expensive. The rough rule of thumb is $1,000 to $2,000 per foot of tower height, depending upon the radio market in which the LPFM is proposed.

Due to the short term of the LPFM CP, an applicant may need to consider renting space on an existing tower which may have other tenants. And heaven forbid that you will ever need to file a “modification-of-CP” application. As it is now, any opportunity to make amendments is jeopardized.

In fact, if the CP term is not changed to the customary 36 months, then it is more likely that LPFM CPs will wither on the vine.

LPFM In No Man’s Land

LPFM applicants can find opportunities by the creation of spacing wedges – boxes which outline a “no-man‟s-land” as defined by the non-overlapping spacing arcs from the existing stations. Unfortunately, the opportunities in no-man’s-land are very limited.

This is because, many of these “no-man‟s-land” boxes and wedges can only be found in the middle of nowhere. For LPFM, the only way to serve the community is to be in the community.

Many of the wedges and boxes that do happen to be in suitable areas may succumb to zoning, NIMBYs (Not in my back yard), BANANAs (Build Absolutely Nothing Anywhere Near Anything), and NOPEs (Not On the Planet Earth).

Worse yet, if an applicant survives all this, any Class A (or better) full power station can knock an LPFM off the air at any time.

As a guideline for LPFM applicants, you need to find and study the contour which is 40 dB above the field strength of the other station from the proposed LPFM transmitter site. This is the ratio method that is often applied to FM translator stations.

Is the LPFM 110 dBu, F(50-10), contour confined to the property? Placing the antenna higher on the tower with less transmitter power may be a solution. Perform the reverse study as well. Next, determine the 100 dBu f(50,10) contour of the 3rd adjacent station.

If it is outside of the 60 dBu F(50,50) contour of the proposed LPFM station, then all should be copasetic. Although it may not be a requirement, it is in an LPFM client‟s best interests if they are advised as to the potential of disruption their service by the strong 3rd adjacent signal of a full service station.

There is a case in which a LPFM station was granted a waiver of inadequate 2nd adjacent channel spacing. It is an interesting case whereby a complaint against the LPFM station was withdrawn. See FCC Document DA 06-2106. Will the ratio method be embraced in a rewrite of the FCC Rules for LPFM? No one knows but the powers that be.

Sizing Up the Odds

Out of seven (7) searches that I have done for clients in Pennsylvania, New Jersey, Connecticut, Florida, and New York, only one LPFM study qualified under the current FCC Rules.

With the existing hurdles, it is clear that LPFM applicants still have a hard fight in most places to find a frequency, get a CP, and operate.

Linked with the restrictions on advertising and the possibility that a full power Class A station can come and knock them off, the process is not for the faint of heart. The hope is that the FCC will eventually recognize the problems and make changes in the Rules to provide better access for community broadcasters to reach a local market.

James W. Pollock, P.E., is a consulting engineer based in Mt. Laurel, New Jersey. He can be contacted at jim@jimpollock.net