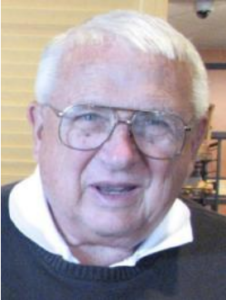 [July 2022] It is the 61st year since the FCC authorized FM Stereo broadcasting. Bob Carpenter was there at the beginning, and recalls a time when putting clean stereo transmissions on the air was not always easy.

On July 21, 1960, when the FCC granted us a CP for the station, we chose the call WHFS, Washington’s High Fidelity Station – and our wild ride began.

Both of us kept our day jobs since it was clear that a small FM station could not afford us.

When FM Was Still Young

Bill and I were radio enthusiasts from our early teens. We met after my freshman year at university, receiving engineering degrees from different universities. I worked in the hardware end of radio propagation research and then scientific lab instrumentation; Bill worked on configuration management of developmental missiles. But our FM broadcasting enthusiasm continued.

Our Class A grant was for 1 kW at 200 feet HAAT. (All the other area FM stations at the time were running 20 kW at 500 feet HAAT.) Of course, as we had ordinary engineering jobs and not much money in the bank, it was not like we could afford to go out and purchase a “real” transmitter or studio equipment. So we did what we could; we improvised.

Like many others of his age, Tynan had worked part-time minding the transmitter at WASH-FM. The owner, Everett Dillard, had an old 1 kW transmitter, just the power level we needed, which had been shoved into a corner behind WASH’s 3 kW RCA.

The story was that the 1 kW rig had been given to Dillard by FM pioneer Major Edwin. H. Arm- 2 strong so that WASH could have a respectable signal from its new Wheaton tower.

Tynan negotiated an acceptable price. I got the job of sawing transmitter’s rack into three pieces to get it out of the building.

Along with the 1 kW rig, Dillard sold us the RCA “Iron Fireman” exciter that WASH was no longer using. Thus we now had a transmitter and an exciter which could be put back together, and we still had some money left in the bank.

Then, on June 1, 1961, the FCC authorized operation under the newly released FM Stereo Rules. WEFM Chicago and WGFM Schenectady, both went on the air the same day.

For us, stereo broadcasting was our chance to stand out; we would be Washington’s first FM Stereo station. But commercial stereo transmitting gear was not yet available – and we could not afford it anyway.

We learned that CHFI in Toronto had an RCA exciter like ours and fed composite stereo to it from an H. H. Scott 830 stereo test generator. So, we bought a Scott unit and I interfaced it to the exciter with a cathode follower bypassing the input transformer of the RCA exciter. I also built a solid-state console with four stereo input channels.

You asked about a limiter? Stereo limiters were not really readily available then. And, in any event, at the time, we had to avoid any unnecessary expense. Fortunately, the console and exciter did not have enough headroom to drastically over-deviate.

Somehow, we managed to get the transmitter blessed by the FCC, did a proof of performance, and got our Program Test Authority. WHFS went on the air on Sunday, November 12, 1961, from a 20 x 20 foot area in the basement of the Bethesda Medical Building. We only operated afternoons and evenings. But we really were Washington’s High Fidelity Stereo station.

A Full-Time Staff of One

One Saturday shortly after Broadcasting Magazine announced the grant of our CP, a soldier appeared at my front door, looking for a job. It was Marlin Taylor, then assigned to Ft Meade, MD, but he had nearly completed his enlistment.

Marlin became our only full-time employee for most of our ownership. It is impossible to overestimate the jack-of-all-trades effort he put into the station.

We had a broad format running from “HiFi” (including what was known as “ping pong stereo”) music, through light and more serious Classical to Jazz, plus Broadway and full operas on weekends. Marlin was able to pick music for any category.

In 1962 we got a phone call from the FCC saying they had a delegation from the Japan Broadcasting Company and would like to have them visit a “real” American FM Stereo station. They must have been appalled with our shoestring operation, but were very polite.

As you might be suspect, with the transmission gear of the day (including my home-brew additions), the occasional “oops!” was not entirely unexpected.

For example, there were a few occasions when the station wandered off frequency because the 19 kHz pilot tone of the stereo audio was not far from the frequency where the exciter did its phase lock.

At the same time, the station was such a minimal operation, there was not that much to fail.

One evening, I was having dinner in Boulder, Colorado with Bob Wilkinson of KRNW, when I was called to the phone. WHFS was dead. Somehow I diagnosed it as a power supply problem and a quick fix got it back on the air.

Another interesting story about running an FM station in those early days shows how important our inventiveness was in keeping costs down.

Monday through Friday we ran a jazz program from 10 PM until Midnight. The host, Tom Phillips, was “live, in person” – but only on Fridays. This was because he had taped an introduction for each of the jazz LPs in our library. The board operator would run one of these intros – from reel-to-reel tape – and then play a few cuts from the LP. It was prehistoric voice-tracking, but it worked – and we would get many callers wanting to talk to Tom.

In 1963 it became clear that our money was running out and Marlin left to go to the new 101.1 startup (WDVR, now WBEB) in Philadelphia.

Shortly afterward, we ended up selling our station to Dixon Industries (H. Philip Nesbitt) in mid-1963 for $30,000 – those were days long before FM stations fetched piles of gold. I figure that I made about 75 cents per hour for the time I worked on the station.

Fortunately, Bill and I had kept our day jobs!

As years passed, the station went through many hands, including some time as a cult operation under Jake Einstein. Eventually, Radio One bought it for about $7.5 million and it continues as WMMJ, occasionally rating Number 1 in the DC area.

In 2001, 40 years after being part of launching FM stereo in the DC area, Marlin joined XM Satellite Radio before they went on the air, playing a role in launching that next great innovation in radio broadcasting. While partly retired, he still manages two of the Sirius/XM channels. Of course, Tynan and I are long retired from our day jobs.

The late Bob Carpenter, W3OTC, was a long retired broadcaster who stayed close to the industry.