Can the Rigol do NRSC Measurements?

[January 2016] Picking the right test gear requires comparing the capabilities and limitations of the gear being evaluated. Folks wishing to do their own NRSC measurements are often put out by the cost of spectrum analyzers. Recently a very affordable unit has come on the market: the Rigol DSA-815. Will it do the job? Burt Weiner takes a quick look to see if so.

The question comes up, how does the Rigol DSA-815 do for AM NRSC Measurements?

I would like to share a couple of spectrographs that should help to answer that question for you.

The Rigol is a nice product at a very modest price: $1850, which at first might make it appear to be very desirable for stations thinking about doing their own AM NRSC measurements. This compares to the $15,000 price tag on an Anritsu Spectrum Analyzer properly equipped. One difference between the physical units is a lack of battery operation for the Rigol.

Getting a Good Spectrograph

Among the more important points, phase noise is a common problem in spectrum analyzer conversion oscillators, which can prevent you from seeing low-level signal components.

What I have found is the Rigol is not as capable as the Anritsu. This is primarily due to the phase noise issue.

Looking at the Screens

These two spectrographs were made within minutes of each other (ignore the date and time on the spectrographs – that is when the files were transferred).

Both measurements were made using the same sample antenna in the same place and both instruments had the same effective settings. All I did was move the antenna connector from one spectrum analyzer to the other.

You be the judge. 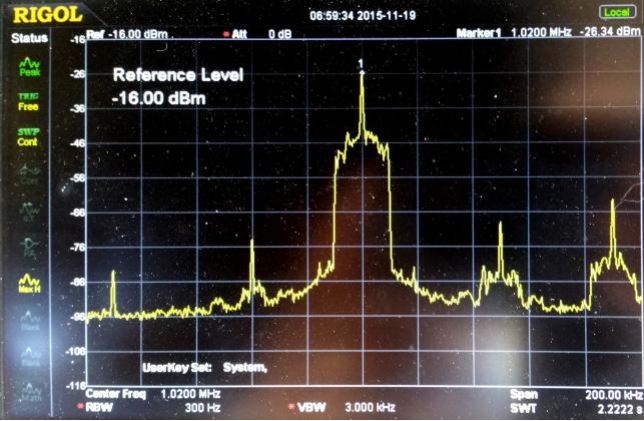 The spectrograph above was made using a Rigol DSA-815 Spectrum Analyzer. 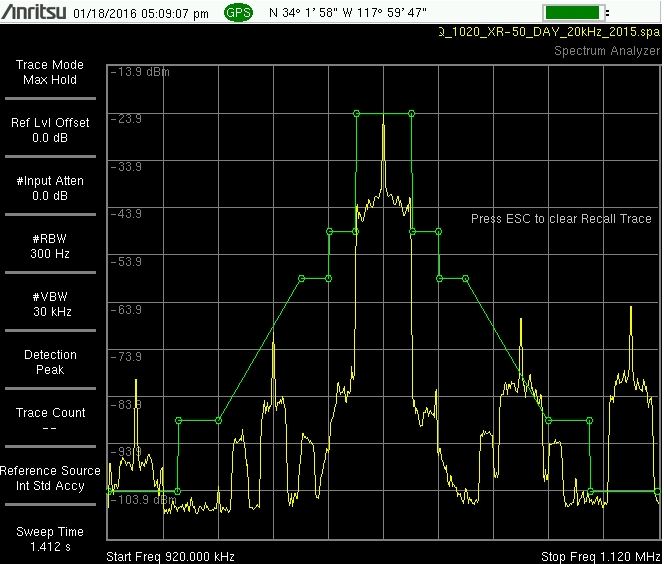 The spectrograph above was made using an Anritsu MS2721B.

The Rigol is a fine instrument but, as with any test gear, you need to know its capabilities and limitations, so you can make an intelligent choice.

Burt I. Weiner Associates has been serving the Los Angeles broadcast community for many years. His web page is: www.biwa.cc