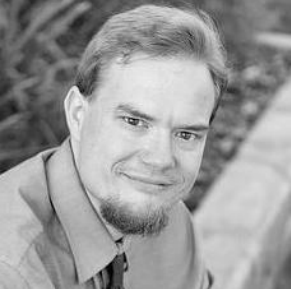 [February 2014] Smartphones and tablets have come a long way in just a few years, even relegating many laptops and desktop computers to “backup” status. Among the benefits:“apps” that have come along to do many things in a convenient, efficient way. Shane Toven shares his current favorites.

Having the right “tools of the trade” has always been an important part of the broadcast engineering business.

When it came to “crunching the numbers” or designing something, for many years it meant putting pencil to paper and spending some time with a slide rule. All of that started to change when computing technology entered our world.

Since the late 1970s, we have moved from the days of mainframes and minicomputers to the desktop and laptop era, and now to the age of tablets and smartphones that can fit in the palm of your hand.

All of these computing tools found their way into broadcasting at some point or another. In fact, I doubt there are many engineers today that do not carry a smartphone or tablet – or both.

These devices posses more computing horsepower than designers of early computers would have ever dreamed possible in such a tiny space.

And with the introduction of tablets and smartphones, the “app” has also become a part of daily life. Some of these apps have made a number of my common tasks far easier and quicker with the computing resources right at hand in the smartphone.

So what apps do I use? There are a number of them; some fall into the category of specialized tools for broadcast engineering, others are audio or sound related and still others are used for day-to-day communications and record keeping.

Let us take a look at what is on my smartphone and tablet. I personally use an iOS-based device but many of these apps are available for Android devices as well.

This app does one thing and does it very well. It is a wonderful replacement for the old pocket notepad and pencil.

As the name would lead one to believe, this is primarily a notebook app. But the thing that makes this app so powerful for mobile users is the fact that it can synchronize across multiple platforms while being extremely simple to enter notes.

Google Drive is one of Google’s “cloud based” apps that allows you to do full featured word processing and spreadsheets from mobile devices.

The app (as like many others) will sync with the Google Drive website, so those important spreadsheets (site access codes, IP addresses, transmitter site data, etc) can be kept somewhere easily accessible while you are on the road.

Something I really like: documents on Google Drive can be shared with colleagues via a web link and worked on collaboratively. I have had three or four people logged into the same spreadsheet on Google Drive while on a conference call making changes.

DropBox is similar to Google Drive in that it allows you to keep spreadsheets and documents in cloud-based storage. But it also allows many other file formats to be kept in the cloud. It is another handy tool for sharing a common set of files (including equipment documentation) with colleagues.

No collection would be complete without mentioning Google Maps. I often use the “satellite” view to verify tower locations and ensure I am at least in the right neighborhood when trying to locate an unfamiliar site.

Voice and Audio Apps for Broadcasters

Now, here are some voice/audio-oriented apps that you will want to load and use.

You likely have seen how both radio and television stations use Skype for news gathering and live interviews.

Skype also is especially handy for communicating with the studios when you do not have cell service at a site but do have WiFi available (or have a small access point with you).

Have you ever had trouble explaining in words what a studio operator should do? The video capabilities of Skype can make it much easier to see what they really are doing – and guide them to the right action.

Most codec manufacturers offer similar apps for smartphones that allow guests to connect to the studios for an interview in full-fidelity audio.

There are also a number of “universal” VoIP apps available that connect using a method known as SIP. These apps vary in cost but many are free.

We use Tieline codecs and their app works quite nicely with them.

I have used Report-It on remote broadcasts as a “spare” codec to provide a talkback circuit and backup audio path over cellular while the “hardware” codec provided the primary stereo program path over cable modem or DSL.

This is a “collection” of various utilities for everything from acoustic analysis to signal generation and measurement to speaker testing.

In fact, this app can essentially replace the old Potomac AG-51 and AA-51 units many of you may have on your bench – or any number of other audio signal generator and test sets. For best results an external audio interface is recommended but the internal audio I/O of iOS devices can work just fine.

A speed test is probably one of the most useful apps to give you a quick idea of the quality of your current network connection.

This app is probably the most popular one for speed testing.

There are many options available for remote control of systems but TeamViewer seems to be the easiest to use.

TeamViewer will tunnel through firewalls without any issues and let you control the other computer as if you were sitting right in front of it.

There are various VPN and VNC applications that are also an option but they require a bit more configuration.

3. NetAnalyzer (free with a paid version available for additional features)

This app allows you to ping, trace route and port scan from your mobile device.

The included utilities are handy for troubleshooting network connectivity issues. This app will also give you detailed information about your mobile 3G or 4G connection in addition to the Wi-Fi network to which you are connected.

This is a mobile SSH/Telnet client for connecting to any host with a command line interface.

You could even use this app with an Ethernet or Wi-Fi to serial bridge to connect to devices with serial ports.

There are many little apps available. Here are a few favorites to get you started:

This calculator app released by Rohde & Schwarz converts a variety of units of power and voltage.

It will also convert between different reflection units such as VSWR and return loss.

This app quickly calculates the values for resistance, voltage, current or power when you enter any two of those variables.

It also calculates networks of resistors in series and parallel as well as provides a resistor color code reference.

This app is probably one of my favorites. It will use the camera, compass and GPS in the device to show the satellite arc on the screen superimposed on the camera image.

This is an excellent app for quickly veryfying line of sight to a particular satellite. A database of satellite locations is included and regularly updated.

I spend more time on Facebook than I care to admit. It is a great tool for keeping in touch with not only friends and family but also colleagues and other peers in the industry. In fact, I recently discovered a group devoted specifically to pictures of transmitter sites.

I am less a fan of Twitter though it does make it very quick and easy to keep up with a number of news and technology sites at a glance.

LinkedIn is useful for professional networking across a wide variety of Industries with peers you may otherwise not connect with.

Those are the apps that I use on a regular basis. What are your favorites? Share them by emailing me at: stoven@uwyo.edu

Shane Toven is the Director of Engineering for Wyoming Public Media.