10 Years Along: An HD Radio Update

Written by Barry Mishkind Posted in How Stuff Works. 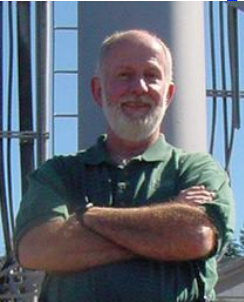 A Conversation with Clay Freinwald

[February 2014] It has been ten years since the HD Radio (aka IBOC) rollout began in earnest. Since then, two distinct camps have developed; one camp is running it, the other eschewing it as a solution looking for a problem. Few seem to be in the middle.

Now, after a decade of experience, we decided to talk to someone in a market where HD appears to be working out for the most part. Clay Freinwald has been involved with HD since testing began in Seattle.

Barry: Clay, HD radio started up ten years ago with great enthusiasm and perhaps even greater expectations. AMs were to have parity with FM, FM would lose the multipath dropouts, sales would gain many new avails to sell.

Having installed, observed, and maintained stations running HD over these ten years, what is your verdict on how HD radio is working out in Seattle. Is it really as good as promised?

Clay: The story here is one of mixed successes and failures.

At the beginning, there was strong enthusiasm for the AM version. AM Station owners and operators were feeling the pressure from FM radio that was becoming the dominant aural medium. They looked at AM/HD as their salvation or at least the great equalizer, with little attention to the technical trade-offs that might occur.

Unfortunately, as stations started going on with AM/HD the ugly truth became apparent even to the most ardent supporters. Three main factors were the most obnoxious:

Now that the effects of these factors have sunk in, support for AM-HD has diminished, leaving only a relatively few stations still using this mode on the air.

Barry: What do you see as the solution for AM stations?

Clay: The solution for AM is to come to the realization that this is the wrong spectrum to do what we expect. Brazil has it right; the US has it wrong.

On the Other Hand (Band)

Clay: FM is quite another matter. However, there are some interesting variables that need to be considered. It is vital that everyone understand that FM is not the same in all areas.

To start, the FM band is rather severely over-populated in some areas. This means that a mixture of relatively low-powered stations and crowded adjacent-channels create a condition where HD does not seem to work as well as it does in areas with high-elevation Class C’s.

It seems to me that those who are the most critical of its technical performance generally live in those areas.

Seattle is cursed with what many have said is the worst topography for FM in the country. Yet, at the same time, we are blessed with good transmitter locations. This combination, along with almost about every station being a Class C, permits HD on the FM band to perform quite well.

In this area, stations with transmitters at West Tiger Mountain (the premiere site in the market) enjoy HD coverage out to well beyond their FM 60 dBu contours and this is with HD power still at -20 dBc.

Barry: So, you would say HD radio has good penetration in Seattle?

Clay: I am not quite sure what you call penetration. However, one of my clients (KING-FM) programs three different flavors of classical music on their main, HD2, and HD3 channels. What I can tell you is that if one of those goes down the phone starts wringing – and they are all over me to get it fixed right away!.

Barry: How would you characterize the improvement over analog RF reception on FM in Seattle?

Let me go back to KING-FM. This station has (for eons) been programming Classical Music. With Seattle’s hills (the topography is up and down 500 feet or more), mobile reception of the station was a pain in the ears; picket fencing, multipath, etc. made it essentially impossible to listen.

While Classical stations could run a Super wombat2000 audio trash compactor like one of the head-banging rock stations to try and overcome the artifacts, HD radio has made mobile listening function here for the first time. You can drive slowly through the canyons of downtown Seattle and hear beautiful music on your HD receiver while analog FM radios are producing mush.

Anyone who does not feel HD is an improvement must live in Kansas.

Barry: … or other relatively flat areas, right? Still, how would you rate any improvement in sonic quality over analog FM?

Clay: As you know, any good system can sound bad when it is poorly executed.

On the other hand, sonic quality is a subjective issue. The days when this was an objective issue, presided over programmers and engineers with “Golden Ears” have pretty much gone. We are in the Age of hyper-compressed MP3’s, satellite radio, and a myriad of other Lo-Fi audio streaming schemes.

In my view, HD’s compression scheme really does work quite well. One of the best sounding stations in this area (according to just about everyone) is KPLU. They are running about a 50/50 split with their two Jazz formats. It is amazing how good 48 kbs can sound.

Of course, content is also a prime issue that cannot be dismissed.

Barry: In many places HD really has only been fully embraced by NPR stations – often due to the subsidies CPB gave out. The situation in Seattle has been more HD-welcoming, would you say?

Clay: That certainly the case. Seattle is a major market (#13) and is likely one of the most techno-savvy areas in the country. The commercial stations here rolled out HD at the same time as their NPR (KUOW and KPLU) brothers. When multicasting came along both groups jumped on that band wagon.

Of course, in some places, the NPR stations did lead the way. I work for Washington State University’s Northwest Public Radio. NWPR built out a network of stations with many of them running HD in smaller markets that are just now adding additional commercial HD stations.

Now, as various commercial and non-commercial stations upgrade to newer transmitters, we are starting to see HD powers increase. One of my clients is planning a transmitter upgrade with their primary interest being increased HD power for better building penetration

Barry: What sort of “alternate channel” promotion do you see? Do typical listeners know what is available?

Clay: Many radio station operators are afraid to promote their HD programming for fear it will drive listeners away from the main channel, which is their money maker. They view this the same way as promoting a competitor.

This is not new; it is a long held policy in the industry. For example, you rarely hear an AM station promote their co-owned but separately programmed FM.

Barry: What do you think about state of the technology itself – at least on the FM side? Is it now mature?

Clay: I feel that FM-HD is quite mature and works very well. The time has come for all the fence-sitters to get on board and those sought after power increases be implemented.

I was chatting with the Operations Manager of a station in a small Washington state market recently and asked him when they would be installing HD equipment. I suggested that “with all the auto-makers installing HD in new cars how can they resist?”

In the end, we agreed that the moment of attitude change would likely come when the GM bought a new car and heard his competitor in HD. Then the budget spigot would be opened.

Keeping It On The Air

Barry: As we noted, you have installed and maintained many of the FM stations running HD in the market for the full ten years. How would you sum up your experiences with the equipment?

Clay: Certainly the equipment has come a long way with significantly better reliability.

Barry: In terms of maintenance, what special issues have you had to handle – starting with the timing issues for blending audio?

Clay: Frankly I find no excuse for not having things time-aligned. This is not that hard to do.

When I hear about time-alignment issues, my first guess is that engineering does not listen to their own product. Around Seattle all but a couple of stations are running HD and all of them are always time-aligned.

Perhaps the greatest improvement in that area was when the audio processor makers incorporated time-alignment tools within their products.

Barry: How about heat disposal – has it been a problem?

Clay: In the Seattle area heat is usually not an issue.

That said, although there are several in the market, I cannot comment on common amplification systems using vacuum tubes as I do not maintain any of these. The West Tiger site, where I have the most experience with HD, uses a “back-fed combiner” for HD, which generates very low losses and heat-load.

Barry: One of the comments often heard in the early days was that there was no real useful test gear to determine audio and RF operational quality. That led many stations to give up trying to look at and analyze their transmitted package, not even buying modulation monitors. What is your view of the quality of signals in your market these days?

Clay: Overall, I really feel the signal quality of HD in the Seattle Market is excellent.

HD is not hard to maintain. On the RF side, most systems are stable.

Certainly you need good monitoring equipment; Audemat, Belar, and others are popular here. But, you do not need to hock the stations jewels for an expensive spectrum analyzer to keep the RF side in tune.

Barry: Have you felt there have been sufficient support efforts by iBiquity to help engineers?

Clay: I have had a few contacts with iBiquity over the years and have found them to have the answers I was seeking.

Barry: According to some recent news, Canada is mulling over using HD transmissions. What advice would you give to station owners or engineers who are contemplating going HD?

Clay: There is not much to mull. FM Band HD radio is now a proven system that is ready for prime time.

Actually, Canadians already know this all too well as RF does not respect geopolitical borders.

Furthermore, not only are Canadian cars coming with HD receivers built in, but one of the major US suppliers of HD broadcast equipment is a Canadian firm – Nautel!

Actually, if the CRTC wants to know more about HD radio, all they really need to do is visit Hackett’s Cove, where they will get all their questions answered.

Barry: Overall, if you were to grade HD radio, on a scale of one to ten:

Barry: How about consumer awareness of HD radio in Seattle?

Clay: Quite good. I ask about HD radio every chance I get and am surprised with the number of lay types that are aware of it. Again, Seattle is likely to be a lot more techno-savvy than most places. Manufacturers of other types of electronic gizmos have clearly demonstrated this fact.

Barry: And how about Sleepless in Seattle? (oh … sorry .. could not resist …)

Clay: Only those that work in this business.

Barry: Finally, how would you rate the future success of HD radio?

Clay: AM – Dark. FM – Bright. In my view the time for the fence-sitters to get off their perch is at hand.

Barry: As always, Clay, thanks for sharing your experience and thoughts.

Have a comment on this article? Clay Freinwald can be reached at k7cr@blarg.net