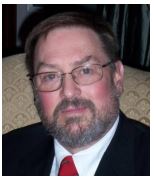 [March 2014] When building or refurbishing a facility), it is important to select the right gear for the job. Whether microphones, consoles, or cable, there is a time to save money, but there is also a time to spend it wisely.

There were some studies a while back about the cost – in dollars and in labor – for various parts of a data network install. 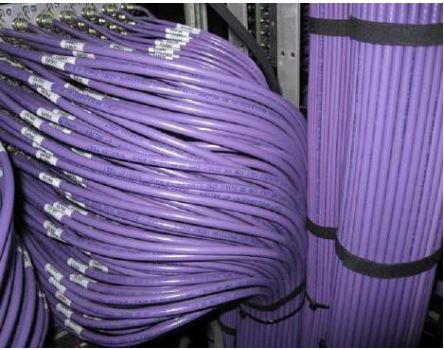 Now this begs the question, can you buy cable that takes less time to install?

You know the answer.

At one time or another, you have put in that other cable. You know, the stuff that was super-cheap and looked OK. Or maybe it was all you had available on the shop floor.

But, when the install time started to stretch out to days or weeks more than you had allocated, you knew what you did wrong. Funny thing: your boss patted you on the back for all that money you saved him when you bought the cable. Nevertheless, I will bet that you did not mention how much it cost him to install it.

And what happened if the cable did not work? Then you were forced to pull it out and reinstall it. Now how much money did you save?

Of course, if someone came to you and said, “This cable is twice as fast to install, but will cost twice as much,” you would probably shake the salesman’s hand and send him on his way.

However, wait just a minute. Twice as expensive means 6% of the install cost, but half the labor nets 35% in savings. Using the more costly product would end up being a huge win for everyone. If the bosses actually looked at the big picture cost of the install, they would erect a gold statue to you in the parking lot.

And this is one of the secrets about Belden. We are not cheap. Oh, we do sometimes try and compete in the marketplace. But many designers, installers or system integrators know that cheap cable only gets you a headache. I am not saying ignore the price of the cable. I am saying put it in perspective. Look at the big picture.

If you are working in new territory, doing something you have never done before, then by all means ask us for a sample. We give away free samples all the time.

In fact, we have a Sample Room for Belden in Richmond, Indiana which stocks thousands of different part numbers. Now we do not always have every part number in stock – after all, we make over 6000 different kinds of wire and cable. But we do typically have the most popular numbers.

All you have to do is call Belden Customer Service, they will send you three feet of anything we have in the Sample Room.

When Three Feet is Not Enough

If you want a longer piece – to do some testing for instance – that is not a problem. You just would need to move up the food chain. 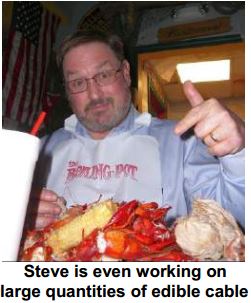 We have Product Line Managers for everything we make. We have Engineers who design the products and Specialists in the field (and in the factory) with whom you can discuss your needs. All we need is a good reason to send you some free cable.

If it is audio or video cable (or net working or broadband), you might end up with me. Or just use my email address below.

Of course, though, even I have a limit.

If you pass 1,000 feet, I definitely have to talk to some other folks (to get their opinions and permission), But if you have a good reason, it could easily happen.

How About Five Miles of Wire?

He had made some boxes that claimed to send professional quality analog video (that dates it right there!) down five miles of Category 5 cable. All the work they had done was on short lengths and they really wanted to test a real five miles of cable.

So we sent them five miles of cable. In this case, we sent them every short reel that we could not sell. You know, that 350 foot length at the end of the run, sometimes called a “short length” or “short end.” It is perfectly good cable, just not our standard length. We actually do save them for just such situations.

The customer put on RJ-45’s by the hundreds and connected them all together. You could not ask for more of a “real world” test than that. They laid out the cable on a racetrack in Ohio – and it worked great!

Of course, our payback was the mention that the only cable that had actually tested was ours. I am sure we sold millions of feet of Category 5 because of this one test.

And then there was the time I sent someone 60,000 feet of cable – free. (That is my current record for free cable).

It was at NAB about fifteen years ago or so. The NAB folks had decided to “build” a real operational TV station in the back of the central hall. Perhaps you remember this? The “station” did all the interviews and fed the cable systems of the local hotels. They even had a satellite channel.

All the gear was loaned or borrowed and was integrated by Sony SID (now sadly gone). They were new on the scene at the time, so this was as much an advertisement for the quality of their work as it was for Belden cable.

In fact, the back of the racks were fitted with Plexiglas doors and lights inside the cabinets, so you could see all the beautiful cable. We even had Velcro™ cable ties made with the Belden logo, so it was pretty obvious which company made the cable.

I am sure you can agree that 60,000 feet was the best advertising money I ever spent for Belden.

We Want to Help

If you exhibit at NAB or any other audio or video tradeshow, we still give away free cable to those exhibitors.

All we need is a good reason.

Steve Lampen is the Multimedia Technology Manager/Product Line Manager for Belden.  Call the customer support line at: 800-235-3361, or you can always contact Steve directly with your questions, comments or suggestions. His email is: steve.lampen@belden.com