Thar’s Copper in Them Thar Fields! 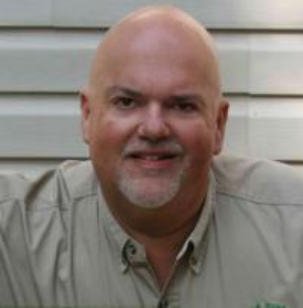 [March 2014] Copper prices have become a major cost for broadcasters. Even though it has dropped from over $4.60 a pound to the low $3.00 range, even scrap metal prices are still well above the wholesale costs just a few years ago. Unfortunately, drug addicts and other thieves see transmitter sites as pretty easy “banks” to tap. Yet, copper is not the only valuable thing at these sites.

Few sites are truly immune to the problem.

In two days, two different stations were knocked off the air as vandals ransacked sites. In one case, they even loaded the transmitter onto a pickup truck and tried to sell it at a scrap yard. While the police did catch these crooks, the costs to reclaim the transmitter and the damage to the transmitter site were considerable.

During the same month, in a 10-day period, at least three sites suffered vandalism, from New Jersey to Ohio to Utah. Reported losses ranged from $3,000 to over $30,000

More than ever, reports like this should be a warning to all broadcasters about the need to pay attention to site security.

Nightmare in the Field

Today, it might cost anywhere between $12,000 and $30,000 to build a ground system for a single tower (depending on frequency and configuration). The copper alone would cost approximately one-half to three-quarters of the total install price.

As you can imagine, a directional array could easily run well into six figures.

Viewed from the other side, with scrap prices for copper close to $3.00 a pound, a thief might get about 15-20% of the value, something like $1,800 to $6,000 for your beautiful new ground system, if they were able to pull it all out. And there are bad guys out there, trying to do just that, despite new laws attempting to make it harder to for them to sell the copper.

In most cases, we typically find that vandalized ground systems have lost only a small percentage of their total copper. On the other, the scattered damage caused by the vandals as they forcibly rip copper materials out of the 2 ground usually is enough to make the rest of the ground system unrepairable.

So, just imagine driving out to your transmitter site, only to be met with images like these: 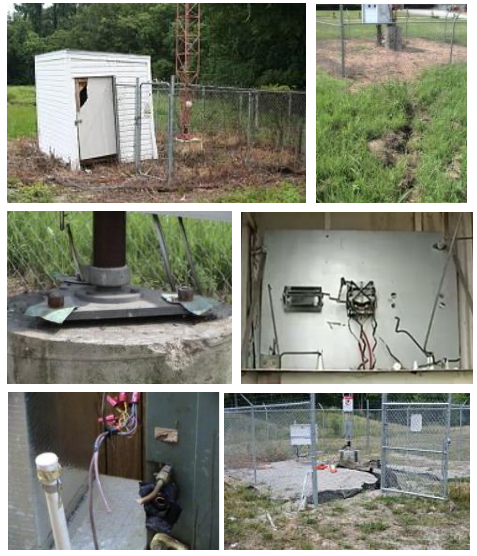 Without question, sights like these will take the shine out of anyone’s day

Faced with a scene like this, what can you do, aside from call the police, your engineer and insurance company, though not necessarily in that order? The answer, sadly, is that not too much can really be done at this point.

That is why I am urging you to take the time now to consider how much you would lose in time, money, and loss of airtime if your site were attacked.

More to the point: when all the social and economic factors are considered, realize it is not a matter of if they will come prospecting at your site, but when.

Plan Now, Before They Arrive

Going from dog house to dog house at the bases of the six towers, they destroyed all of the Antenna Tuning Units (ATUs), taking the station completely off the air.

The General Manager was quoted as figuring the damage at approximately $1 million. That might be a bit on the high side, but there is no question that it was very expensive to properly rebuild the site’s ground system and all of the six ATUs, and ensure the directional pattern was still correct.

I suppose one way to stop vandalism like this or copper thefts would be to tape $100 bills on the tower fences, with a note: “Please take this and leave the copper alone!”

No, I really did not think you would prefer that solution.

Perhaps a better way to go is a security plan I recommend to clients, one you can remember by using the simple acronym: FLAP.

First, let us start with the meaning of FLAP. Although we are not talking about a scarecrow flapping in the wind when we discuss FLAP, there are some aspects of a scarecrow that do play into what you need to do.

If you implement these, you will at least reduce or maybe even completely prevent further vandalism. The only thing more effective might be opening a donut shop on-site serving free coffee and donuts for cops.

In the coming series of articles, we will want to discuss these strategies in detail and, since no two sites are the same, offer some alternate suggestions and experiences that have worked for others. We hope you will find something 3 that works for you. Indeed, if you get just one good idea from our discussion, it could save you many tens of thousands of dollars in repair costs.

Unfortunately, a determined thief can and will circumvent any and all attempts to secure articles of value, even if it requires destroying everything in his path.

One good thing – if you can call it good – about most thieves is that they are looking for a quick grab and typically have a very short attention span. You may read this as “thieves are lazy and not real smart.”

Another fact about the perpetrators: while, in the past, we almost always assumed that copper thefts were drug related, that turns out not to be true in every case. As the world economy headed downhill and scrap copper prices climbed above $3.00 per pound, we began to hear reports of non-drug related thefts – as in, Billy Bob’s truck payment is due but the bank account is dry, so “Let’s go down to the local transmitter site and git some of dat thar copper.”

With this in mind, it is important to make your site as unattractive and troublesome (to the thief) as possible. That will go a long way to discourage the majority of intrusions.

In fact, when properly instituted, FLAP may make a vandal/thief move on because he just does not have the ambition to defeat multiple layers of defense. Additionally, a well-FLAPed site can even provide you with some advance warning of a planned intrusion.

Nevertheless, for some reason, some thieves will actually work harder to steal something than if they had a regular job. Thieves compelled by economic challenges will typically be more motivated but less willing to chance prosecution if caught.

That is, at least up to a point. In other words, do not count on it!

Why Meth Heads Are the Worst

Law enforcement agencies have been making a concerted crackdown on methamphetamine labs in all areas of the country. These efforts have resulted in a noticeable reduction in the supply of methamphetamine on the street.

This creates an interesting side effect: when substance abusers cannot get methamphetamine easily, they typically go back to heroin or other Schedule I or II drug.

Although still an impetus to larceny, most of these other Scheduled drugs fortunately, do not produce the same level of aggressive and destructive behavior associated with methamphetamine addiction.

Still, please do not confuse “noticeable reduction” with “the threat is gone.” Methamphetamine is still a huge threat both socially and technically. And by technically, I mean even if we do not confront these thieves in person, we engineers are the ones that end up dealing with the aftermath of vandalism or theft.

Trust me; repairing a damaged site always consumes much more in time and effort than constructing a new site.

Over the next few installments we will investigate techniques to protect remote sites and increase both personal and property security.

In the coming months, we will be discussing the benefits and implementation of FLAP and hopefully share some information that will assist all of us in keeping ourselves and the sites entrusted to our care safe.

We will see you next time, when we will discuss the F in FLAP – Fences that is. In the meantime, let us all stay safe out there.

Kevin C. Kidd, CSRE/AMD is the proprietor of AM Ground Systems Company and KK Broadcast Engineering. More information can be obtained by calling 1-877-766-2999 or visiting his web site at: www.amgroundsystems.com