The History of VOA Bethany 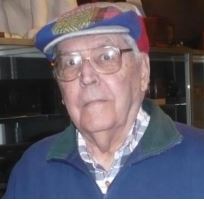 [February 2011] Just down the road from WLW was another transmission site with a history that continues to be of interest 60 years after its construction. Clyde Haehnle was among those who built and worked at a site that became known the world over.

Adolph Hitler called us “The Cincinnati Liars.” It was a badge of honor we relished as we pumped out over 1.5 Megawatts of RF from a plant in Ohio, purposely built to project American news and views around the world. They were needed.

Prior to December 7, 1941 Germany had 68 shortwave transmitters operating on the air, Japan had 42. The United States had but 13. And while Germany and Japan dedicated their facilities to psychological warfare, none of the U.S. transmitters were used for propaganda. The US was ill-equipped to effectively counteract this barrage.

In January of 1942 the Coordinator of International Affairs, requested WLW engineers to acquire another shortwave transmitter and design and construct four larger and more efficient antennas to better serve Europe and South America.

A 50 kW shortwave radio frequency section was obtained from RCA in Camden, NJ and a power supply and modulator was found at KFAB in Lincoln, NE. This was assembled as a composite transmitter and licensed as WLWK. Four large reentrant rhombic antennas were erected on Everybody’s Farm on the south side of Tylersville Road in Mason, OH, just across the street from WLW. 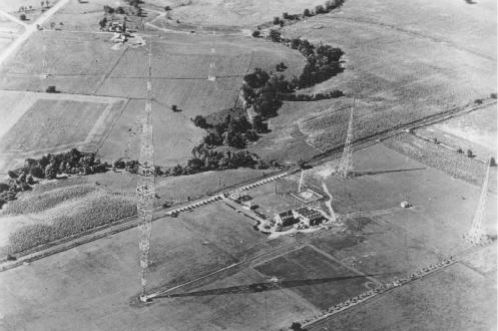 About the same time President Roosevelt called a meeting at the White House – headed by the Board of War Communications. All interested parties were invited including the licensees of shortwave stations, equipment manufacturers, the Federal Communications Commission, the Office of War Information, the Coordinator of Inter-American Affairs, the State Department and others.

The group recognized that the United States was pitifully inferior to the Axis countries and not capable of engaging in psychological warfare.

During a break in the meeting, James D. Shouse, Chairman of the Board of Crosley Broadcasting Corporation, made a phone call to Ronald J. Rockwell, Vice President of Engineering and asked if he could build a 200 kW shortwave transmitter. His response was and I will quote “I don’t know but I will sure give it a hell of a try.”

This was all Mr. Shouse needed, and he committed Crosley engineers to design and construct six of the 200 kW transmitters and 24 high-efficiency directional antennas to serve Europe, the Mediterranean Countries, Northern, Central, and Southern Africa, and Eastern and Western South America.

After an extensive search of numerous potential sites a 625-acre plot was chosen a few miles to the west of WLW because it was safe from coastal attack and had excellent electric power available from Cincinnati Gas & Electric and Dayton Power & Light.

Crosley rented an old candy factory on the south side of Central Parkway between Elm and Race streets as headquarters for this project. The fifth floor was partitioned for engineering offices and laboratories for design and development. The other floors housed the machine shops, fabricating and supplies. While this building was designed and constructed, transmitter sections were delivered and set in place.

A Quick Ramp Up

One year to the date after ground was broken for the construction of the building the first transmitter went on the air at 20 kW. About 60 days later the final stages were completed and each of the six transmitters were able to operate at full power of 200 kW. 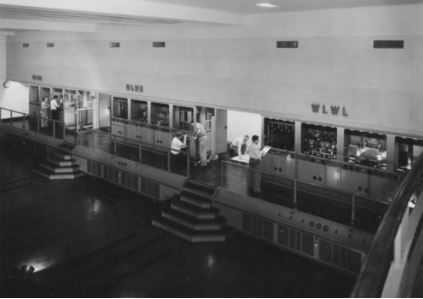 The three transmitters on the east side of the concourse were complete transmitters while the three on the west side were RF sections only – utilizing the power section and modulator of the transmitter on the opposite side. 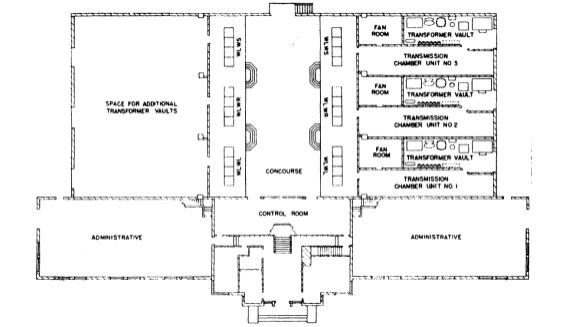 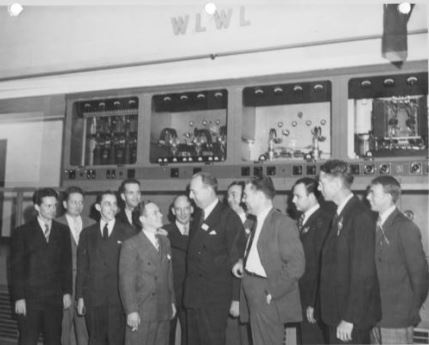 A Full Set of Antennas 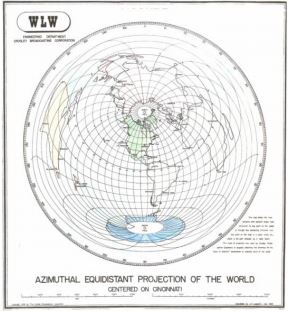 Radio waves propagate along a great circle arc from the point of origination.

In order to properly orient the antennas for the radiated signal to accurately strike the designated target area it was necessary to develop an azmithual equidistant projection of the entire world centered on this exact site.

This projection accurately depicts true distance and azimuth to any point in the world from this location. The development of this map required several weeks of spherical trigonometry calculations on a mechanical calculator.

Simultaneous with the design and development of the transmitters, the antennas, transmission lines and switch gear was designed and plotted on the 625 acres.

The huge crossbar selector switch located at the rear of the building was designed to switch the 200 kW, 300 Ohm output of each of the six transmitters to any one of the 24 antennas while maintaining a VSWR (Voltage Standing Wave Ratio) of 1.05:1. The structure included 246 double-pull, double-throw switches capable of handling the 200 kW output of each transmitter.

The high efficiency re-entrant rhombic antennas were developed to eliminate the problem of dissipating up to 50% or 100kw of transmitter power in the antenna termination. This was accomplished by proper control of the phasing and impedance matching of the return power and recirculating it back into the antenna input. A typical high efficiency re-entrant rhombic antenna would have 200 kW input, 275 kW of circulating power and 200 kW radiated toward the target area. 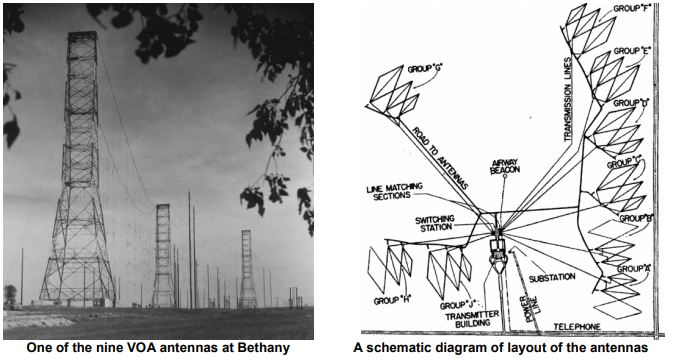 In 1951 three huge steel towers were erected in the center of the property to support two bays of curtain antennas. The north bay was oriented toward Europe and the south bay toward Algiers and Tangiers in North Africa for relay in the Iron Curtain Countries.

During the Cold War the battleship Courier was anchored in the Mediterranean and equipped to relay our broadcasts behind the Iron Curtain. At that time these broadcasts were subjected to heavy jamming from the Russians. Frequency jumping and imitating Russian broadcasts was used to confuse the jammers.

The VOA broadcasts originated in New York and Washington in 52 different languages. English language broadcasts were limited to a slow delivery and a 1,500 word vocabulary. Broadcast frequencies shifted throughout the day to take full advantage of the most favorable ionospheric transmission conditions. 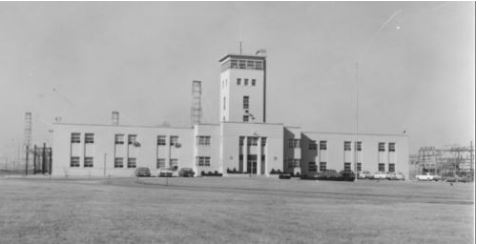 Especially during the Second World War the effectiveness of the VOA broadcasts was confirmed when Adolph Hitler referred to us as “The Cincinnati Liars.”

Sadly, time, budget cuts and politics eventually took their toll on the VOA Bethany site. It was decommissioned in 1994. The building was eventually given to the Township of West Chester, OH and is being redeveloped into a park and museum. 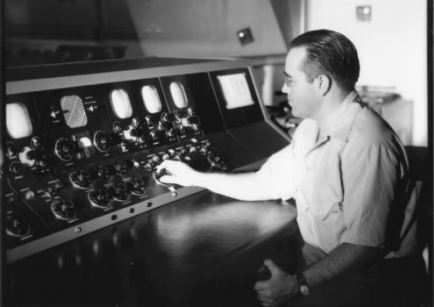 Part of the Transmitter Control Panel for VOA Bethany

Today the remains of the VOA transmitters can be seen, along with the Control Room and the antenna switching unit. But there is enough to see to prove how Crosley and Rockwell rose to meet the challenge during the War years to build a facility that could take a message from Ohio all around the world.

Clyde Haehnle was there during the years history was made in WLW and VOA. Still active in retirement, Haehnle is one the Board of Directors for the VOA Museum, and continues to share his experiences in truly High Powered History.