Written by Stanley Adams Posted in How Stuff Works. 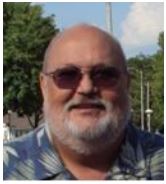 [January 2014] We live in an exciting time of human history. Science and technology can do things that were just Science Fiction a few years ago. The Bell System Technical Journals archives show how many of our modern technologies developed and how engineers overcame various obstacles.

Within the last six months or so the entire series of Bell System Technical Journals (BSTJ) have appeared on several web sites. Over 60 years of technological advancement (1922-1983) is now open to view.

The radio, wireless, multiplex telephony, and sundry related investigations from those early years of the BSTJ provide a seminal source for those who wish to truly research the electronics experience of our early years.

For anyone interested in tracing the history of the communications engineering, this is a true “find!” The Chief Scientist of the Bell Labs, Dr Rod Alferness, noted: “The scientific discoveries and technological innovations produced by Bell System research and engineering were critical not only to the evolution of global telecommunications but, more widely, they had a considerable impact on the technological base of the global economy and, indeed, on our daily lives.”

Intriguing, Right From the Start

With Volume 1, Issue 1 the BSTJ starts off with technology that makes broadcasting as we know it possible. 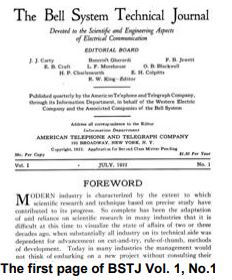 Consider the famous “Housekeeper” seal that high-powered, water-cooled tubes use. It is quite a task to learn how to successfully anneal glass to metal where high temperatures and water pressure would co-exist. After the end of WWI Dr. Housekeeper was able to study the physics of adhering glass to metal and found the answer to produce a non-stressful bond that is hard for over 350 degrees in temperature variation and repeatable many times over.

That discovery quickly led to 5, 10, and eventually the 100 kW tubes that were made to support experiments at the Westinghouse, General Electric and Western Electric radio stations.

What was learned in those years is still used in the current production of glass and ceramics in high powered vacuum devices such as power grid tubes, klystrons, IOT’s and such.

Now, applying that technology: who would not find it interesting to learn about implementing the first tube repeaters into the national longhaul network of AT&T?

When the BSTJ began, “long distance” telephony went from New York to Chicago – more or less. It was not cheap; $4.50 per mile per hour. But this new technology effectively “shrunk” the United States, bringing news half-way across the country in milliseconds.

Or take a look at the work in the 30’s on coaxial cable. Undersea cables furnished telegraphy and telephony, and later video and high speed data, which brought about rapid communication connections from virtually anywhere in the entire world. They all come into view from within the pages of this Journal.

Then there are the investigation and pictures relating to the use of wire for Radio Frequency transmission. Literally everything related to the research of phase relationships, distortion and bandwidth for transmission of wide-band video had to be known and responded to – it is in this book. Antenna theories both high-level, with calculus equations, or those “simply described” are to be found in these pages.

From Transistor to Computer

From just one Bell Labs 1947 invention, the transistor, along with related advances in solidstate technology brought us devices and circuit technologies that led to the Digital Age and the multibillion-dollar global electronic industry.

Alferness noted that another Bell Labs invention moved from audio to video: “The charge-coupled device (CCD), a technology that transforms patterns of light into useful digital information, is the basis for many forms of modern digital imaging, widely used in devices as diverse as digital cameras, video cameras, and bar code readers as well as in security monitoring, medical endoscopy, modern astronomy and video conferencing.”

It is clear that AT&T and Bell Labs poured a lot of money into research.

Few, however, really understand the wide reach of what came out of that research.

Some of them include lasers and low-loss fiber. Another is, perhaps, one of the most pervasive technologies in the world today – a concept that truly has changed communications in ways few thought possible, outside of comic strips.

Today it is common to use multiple low-power transmitters and smart antenna technology spread throughout a region, employing automatic call handoff and frequency reuse.

You know it better as cellular telephone service.

The pages of the BSTJ show how much of the research that Bell Labs pioneered is now being built on throughout the world today, bringing new products and technologies virtually day by day.

How to Find the Best BSTJ Archive

There are several places on the Internet where you can view the BSTJ.

However, due to copyright issues, most of them only let you see it on-line, or in pieces. Just be aware that will only allow periodic reading if you do not have an account with them. But the series is all there.

If you are like me, you may find an weekend – or several – can quickly disappear while browsing this wonderful display of inventiveness from the Bell Labs.

Stan Adams is a second generation broadcast engineer in Memphis, TN. You can contact Stan at stanadams@theBDR.net