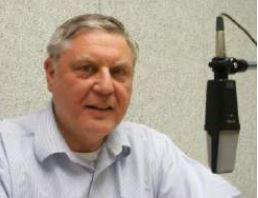 [May 2011] The FCC’s latest auction of FM frequencies has just ended with some allocations taking as many as 40 rounds of bidding. While the FCC seems to focus on the money raised – and sent right to the federal coffers, Terry Cowan thinks this process really does not achieve good local radio.

The government’s method of awarding broadcast licenses is great for the wealthy and great for the United States Treasury but unfortunately does very little for small business, minorities, and diversity of programming.

For over 30 years, our organization has tried to procure Construction Permits to build new broadcast stations in the Northwest. During that time we have found the process has moved from difficult to nearly impossible unless you are very wealthy or have the ability to borrow (and pay) large sums of money.

Comparative Hearings in the 80’s

In 1980, I began the process of acquiring an FM station in Bend, Oregon by researching channels and petitioning the FCC to allocate a new channel to Bend. After approximately two years of waiting we were able to file for an application for a construction permit.

Of course anyone else could file as well and the allocation drew one other application.

Prior to instituting auctions, mutually exclusive applications for channels were awarded by a process known as “comparative hearings” in which the FCC determined which application would better serve the public interest. Applicants were also allowed to pay competing applicants to withdraw their applications. Ultimately we agreed to pay our opponent to withdraw.

In the 1990s we attempted to acquire a construction permit for another city in Oregon and again went through the process and expense of adding a channel to that city.

Then the FCC decided that channels would best be auctioned and we were in Auction #25 – the first broadcast auction. We were outbid by another party who apparently entered into an LMA with a local broadcaster.

In 2007 we again went through the process and expense of adding a channel – this time to Prineville, Oregon. That channel was recently in Auction #91 after four years of waiting.

Again, another local broadcaster outbid us. Our target was a minority audience and the anticipated revenue from operating a C3 in a very small market with minority programming did not justify a huge cost of acquisition: $61,000 for the CP and perhaps another $40,000 or more to construct the facility.

Raising the Bar Too High

I realize that there is no perfect way of awarding broadcast permits. But the cost of auctions has blocked a whole range of potential station operators.

Auctions do not encourage specialty or ethnic formats nor provide an affordable entrance to newcomers to our industry. They certainly do not encourage women or minorities to become owners. And young people have no hope of entering broadcast ownership unless they are independently wealthy (I was 36 when I built my first station). Broadcasting has become a wealthy person’s pursuit and a revenue generator for the United States Treasury.

Auctions were certainly not in the mind or the early regulators. Senator Clarence Dill, D. Washington, chief sponsor of the Communications Act of 1934 said: “The government does not own the frequencies as we call them, or the use of the frequencies. It only possesses the right to regulate the apparatus, and that right is obtained from the provision of the constitution which gives Congress the power to regulate interstate commerce.” (Source: National Radio Broadcasters Association)

There needs to be a new way of applying for and issuing construction permits.

Ideally, a permit should be awarded to a person or company who desires to serve a particular community. There should be some method where this could be done for local applicants without the need to open the application process to the rest of the world.

This would obviate the need for auctions or comparative hearings and make opportunities for new persons who truly want to be in broadcasting. I believe that if someone wants to serve a community and a frequency is available, if he/she does the research (and engineering) and is of good character he/she should be awarded the CP rather than needing to run the “financial gauntlet” of an auction.

Bring Back the Three-Year Holding Rule

Another problem comes from the proliferation of computer programs that do “channel searches.”

In many cases, this has lead to “application mills” – individuals or companies who apply for any available stations but with no intention of operating or serving the community but “flipping” them to a buyer at huge profits.

In order to prevent such grabbing and reselling of allocations, some reasonable restrictions need to imposed, such as a restoration of the “Three-Year Holding Rule” the FCC used to apply, requiring the licensee to operate the facility for three years before being allowed to sell it.

The ultimate goal should be to allow those who want to serve a community the ability to acquire a permit in a reasonable time at a reasonable cost – preferably no cost except for legal and engineering fees.

The current policies and procedures preclude a diversity of owners and programming which might otherwise be enjoyed if the bar of admission were not so high. It is not necessarily true that “He who pays the most serves the community best.”

Terry Cowan is the owner and General Manager of KNLR (97.5) Bend, and KNLX (104.9) Prineville, both Oregon, and several translators. His email is tcowan@knlr.com