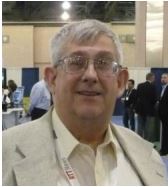 [January 2012] Patents, royalties, and lawyers often have been in the news lately. Companies have sprung up for the sole purpose of collecting patents and enforcing them on manufacturers and end users. Tom Taggart explains.

However, a number of broadcasters and manufacturers filed comments last year with the US Patent and Trade Office, seeking to invalidate the patents.

The patents were challenged by, among others, Broadcast Electronics and Arrakis, noting that prior art existed before the 1994 patent filing by Mission Abstract Data. Some of the systems from Dalet, Enco, Arrakis, MediaTouch, RCS, and Smarts, among others, were shown to be in place by 1992.

The defending companies were claiming “prior art” – that is, that there were already computer-based automation systems in the field at the time the Mission Abstract patents were filed in the ’90’s. A patent cannot be granted on a process or design that is already in common use.

A stay on the lawsuit was granted in November 2011, while the patent examiner responded to the claims and counter-claims.

Where We Are Now

As things have turned out so far, the Patent Office granted a re-examination of the patents.

The PTO found that prior art did not cover the portion of the patent regarding the retrieval of music from a cable system or telephone line.

However, based on Digilink and Dalet manuals, the USPTO found that the elements of the patent referring to music stored in a computer database and retrieving selections in a predetermined order over a local network was described in manuals for systems already in use at the time of the patent application, hence those portions of the patent were invalid because of this “prior art.”

One claim that was upheld involved the use of a RAID array to store music which then would be played over a network to the on-air computer as demanded.

Similarly, the examiner found “prior art” existed regarding the retrieval of music stored on a hard drive to be played back in a predetermined order (i.e., the typical single-computer automation system used by many stations), as well as another existing system by Leonard which used touch tones to control a radio automation system over a dial-up telephone line

In the second determination the patent examiner rejected certain claims in the second patent. This patent specifically covered a single computer automation system, where a music CD would be loaded into the computer and played back in a particular order by the system, these claims were rejected. The second aspect of the patent involved retrieving music over an interactive cable television network to retrieve additional music (which was upheld as this was not done by Dalet or Digilink – does anyone??). The third aspect was to access a “dual port RAID disk array,” which was also upheld as this type of system was not used by either Dalet or Digilink.

Two other aspects of the patent that were upheld covered an individual retrieving music selections from either a telephone-accessed database by using a touch-tone phone or through an interactive cable system. Neither process would be relevant to radio automation.

The ruling was appealed by Mission Abstract Data. Their suit (against various larger radio companies) was put on hold pending resolution of the patent claims.

Meanwhile, Mission Abstract Data sent another round of letters to radio stations last month encouraging them to enter into patent license fee agreements with the company.

Should You Be Concerned?

For most of us that remaining patent would not cover our systems, even if upheld. Typical small systems such as the Simian systems I use store music, commercials, all elements on the local hard drive. A network connection is used simply to transfer new material into the system’s hard drive.

While the re-examination is in process, if you are unsure what to do, it is best to consult your station attorney. However, it does not look like this whole enterprise will affect broadcasters very much.

The following articles may also be worthwhile for you to read, for more information on this and similar cases working their way through the court system:

Remember that your local Lion’s Club will be happy to provide you with a white cane.

Tom Taggart is a practicing attorney and station owner in Ohio. You can contact Tom at: tpt@literock93r.com