KSL at 100 – Still Serving its Community

[May 2022] Back in 1922, when radio stations exploded across the nation, most of the action was in the largest cities. However, some of the pioneer stations were built way out in what was then “the middle of nowhere.” That does not mean they were not influential, in more than one way.

For millions of listeners from 1965 to 1978 KSL meant the warm, friendly voice of Herb Jepko as it helped them through the night hours with news, companionship and advice – exactly what the FCC envisioned for the Clear Channel service it set up in the 1930s.

But KSL has been a lot more than that to the people of Utah and the American West.

In early 1922, the Department of Commerce (DOC) was flooded with applications from companies that wanted to have a share of the new wireless broadcasting service.

While a few of the stations were built by amateurs and colleges, many of the earliest stations were designed to provide publicity for the owner’s business: radio manufacturers, car dealers, newspapers, farm supplies, etc.

The first transmissions from KZN (“Zion”) were from the roof of the Deseret News Building. Mormon Church President Heber Grant took part in KZN’s opening ceremonies 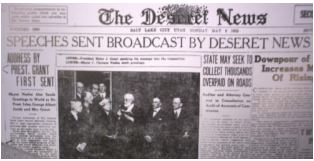 The station operated from its Broadcast House in the building for the next 40 years. 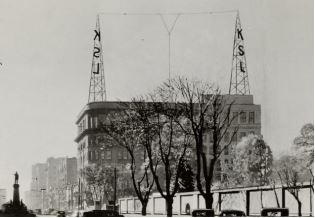 As befitting a radio station started by a newspaper, KZN made news and information a key part of its programming.

Of course, getting that news and information out to the community was not as easy as it is today – there were far fewer owners of radios in 1922, and even fewer that were heard without using earphones.

For that reason, the station went out to its listeners, sending sound cars and trucks out so people could hear the station’s newscasts. 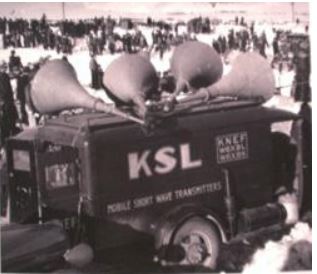 In this way, radio really and truly brought the community together. 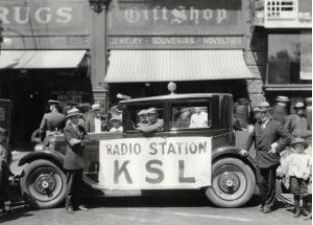 During the station’s second year, it moved to 960 kHz and, among other things, broadcast the LDS general conference.

Sometime in 1924, as the station was starting its third year, the Deseret News sold off the station to the engineer John Cope’s company, the Radio Service Co.

And then more changes came pretty fast. Apparently needing money to keep the station going, Cope started looking for ways to keep going. He arranged to trade studio space for broadcasting church services of the Church of Jesus Christ of Latter Day Saints (LDS) on Sunday and got a $1000 loan from the Church to purchase a new 1000 Watt transmitter. 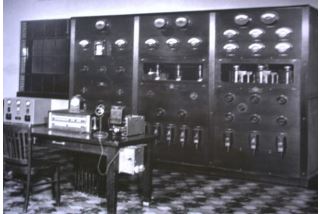 As the station grew, a larger transmitter helped

In return, the Church had the option to buy the station – which it did the same year – for $2500.

With its new calls “KSL” the station has been owned by the LDS Church ever since.

The 1000-Watt station moved to 990 kHz in 1927, then increased power to 5 kW and moved to 1130 kHz in November 1928 during the first National Frequency Shift. Four years later, and at a new transmitter site, the station built a facility typical of the era, big, beautiful, and ready for a much larger transmitter. 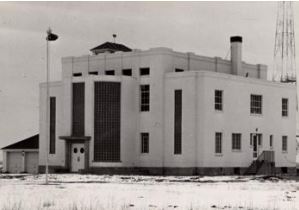 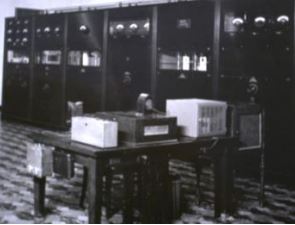 A Western Electric 7A transmitter
brought KSL to the top power level of 50 kW.

The second National Frequency Shift in 1941 brought KSL to its current home: 1160 kHz. (The FCC then dismissed all applications for would-be super power stations in 1942.) Staying at 50 kW, KSL purchased the latest technology – a new WE 407-A4 50 kW transmitter. 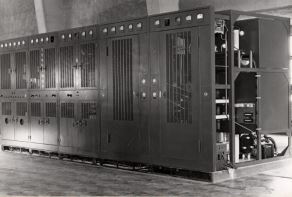 Meanwhile, KSL kept putting their efforts into building their program service to the community.

KSL had already started what is the longest running nationwide network radio program in history: the Mormon Tabernacle Choir. It was July 1929 when it began, it is still going today. But there was much more going on at KSL – any number of other musical programs and dramas originated from KSL’s live audience studio. 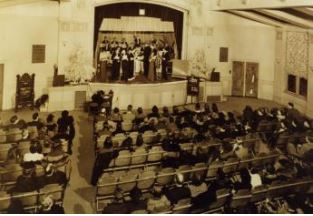 In addition, KSL has pioneered all sorts of programming, including the Herb Jepko Show. An afternoon announcer on the station in 1964, Jepko sought to program the unused overnight hours (the station had been signing off) and was given 90 days to make it work.

Nightcap was a big success – turning KSL into a national chat room. Even without 800 numbers, people called from all over, waiting their turn to speak with Jepko.

In its third year, the show began to be syndicated, even being carried by the Mutual Broadcasting System as the first nationally syndicated network talk show.

Sadly, the confrontational shows of the late 1970s grabbed much of the listening audience, leaving Jepko’s fans only memories.

KSL has always been proud of its close connection to the community. This has been demonstrated in many ways.

For example, 2022 would be the 47th year of the KSL Radiothon for the benefit the Primary Children’s Hospital in Salt Lake City. It is possibly the oldest Radiothon in the world – KSL has done one every year since 1976 and raised millions for charity care. Among the reasons for their affinity with the Children’s Hospital is that the hospital was also founded in 1922. 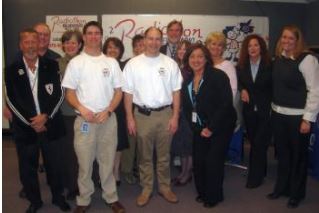 Volunteers from KSL power the Radiothon for the Childrens’ Primary Hospital

Interestingly, the first Radiothon had only five phones grabbed from various desks around KSL and set up in the old KSL lunchroom. Last year, they had 25 phones, Internet pledging and it all came via a remote broadcast from the hospital.

As TV and FM started to become more important in broadcasting, Church President David McKay directed the formation of a division to operate all the broadcast facilities. The result in 1964 was Bonneville International Corporation. Under Bonneville, KSL continued to lead. In the early 1980s, it became one of the first to embrace AM Stereo, using the Kahn system.

Today, Bonneville is acknowledged as one of the best run group owners, holding more than 22 full power licenses today, as well as translators, across the western part of the nation.

KSL used its new corporate structure to continue to improve facilities in Salt Lake City, upgrading their transmitter system from a shunt-fed antenna to a series-fed 192 degree tower in 1976, and a new transmitter building in 1985. A new Nautel Ampfet 50 was installed, serving until the installation of a Nautel XL-60 in 2005. And in 2012 KSL reported the installation of a Nautel NX50HD to carry it into the future.

Today at 100, Bonneville and KSL proudly continue their roles in serving the Salt Lake City and Utah community – and beyond.

And that big friendly voice at 1160 kHz keeps KSL as the place to tune to for news and information in the West. 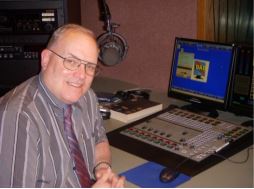 Our sincere thanks to John Dehnel, KSL Chief Engineer from 1981 for nearly four decades, for his kindly supplying information and pictures for this article.

If you enjoy Radio History, we invite you to subscribe to the one-time-a-week BDR Newsletter.

Please take just 30 seconds, sign up here, and you will know when more articles are posted.