Keep Temperature Down, Power Up! 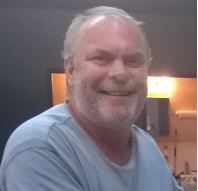 [July 2019] Each season has its own challenges for broadcast engineers – from site access in Winter to handling the heat and storms of Summer. Here is a tip on how good attention to maintenance will solve problems and keep you on the air. Glen Martin share this one.

Excessive temperature, either real or misread temperature can affect the performance of your transmitters. Certainly any modern solid-state transmitter which hits 60 degrees Celsius will cut power by to RF Output in an attempt to protect itself.

The following refers to PTEK transmitters, but the concepts will apply to most all transmitters.

Sometimes, in a pinch, you can produce a quick fix by propping open the back cover a small amount – maybe 1/8 inch on a PTEK unit (I will show you below), especially on the back left side where the power transistors are located.

The result will be a decrease of approximately six degrees Celsius (or more) in system operating temperature and reliability.

If, after doing this, your transmitter no longer shows any temperature problems or severe power fluctuations, you may well be OK for the moment.

Please note: this fix is not for everyone nor every transmitter, but certainly could be tried as a quick troubleshooting technique.

In any event, there is also a need to vacuum out your transmitter regularly if you should invoke this procedure.

Even without the added exhaust space, an engineer should maintain the cleanliness of their investment by regularly blowing or vacuuming out the dirt and debris which can enter the transmitter system.

This issue of heat, dirt, and bugs can affect any manufacturer’s transmitter. Even in this day and age of “throw it away technology” it really is quite easy for an individual to take good care of their investment.

Without such proactive measures, bugs like flies, bees, or dragon flies can all end up inside the transmitter system. 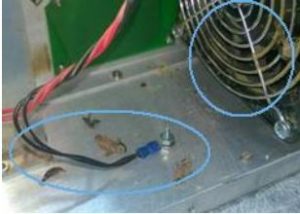 Flying animals in the fan and further inside

This is especially likely if the transmitter air filter has become clogged or damaged and no longer covers the entire opening.

Not long ago, we received a transmitter that was six months old when it failed.

The initial complaint was that the transmitter indicated overheating and no power output. Let us first take a look at the quick fix I mentioned above.

I used a scrap piece of aluminum with a hole drilled so the case screw can pass through the metal. A longer 6/32” screw was used to hold it in place on the chassis. 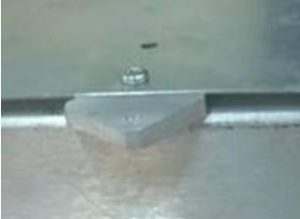 A spacer to quickly let the transmitter breathe

Of course, to repeat, this is a quick fix to cool things down. Leaving the case open eventually will attract those flying bugs and dust and dirt.

Dust And/Dirt Are the Enemies

Once the transmitter was shown to operate at nominal power levels, it was time to look inside. Notice the area around the power transistor. 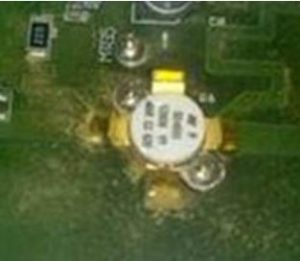 Shown here is the area around the 150 Watt IPA.

As you can see, there is a considerable amount of dirt and animal parts inside this transmitter.

The amount of dirt – as much as ¼ inch – inside this particular transmitter (remember it was only six months old!) was comparable to years of service. Eventually, dirt will migrates to the active devices and not so good things will start to happen – things like system failures.

Here is a look at another PC board. You can see how the dirt is accumulating. 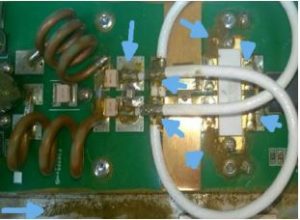 We used an air compressor to blow the dirt out, then retested.

Full functionality was restored once the cleanliness problem was dealt with. The “repair” was finished by only blowing the dirt out of the transmitter. All of the problems for which the transmitter came in for were related to the dirt.

It is pretty clear that future failures are likely if dirt removal maintenance is not addressed.

On the other hand, basic maintenance will keep the transmitter running happily for many years.

Thus, after returning the transmitter to the customer, I suggested that they do implement a preventative maintenance program to ensure the air filter was changed/cleaned, and the transmitter vacuum or blow out the dirt and debris two to four times a year.

Such preventative maintenance seems like it would be a good idea for their environment. The customer needs to provide adequate dirt and insect cleanliness and prevention to make their transmitter purchase last.

Glen Martin is the Chief Engineer at PTEK. He welcomes inquiries and comments at: customerservice@ptekpower.com