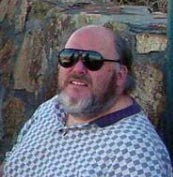 [June 2019] Studio operations have changed over the years. Automation is a major force. But, beyond the computer, there seems to be a need for all sorts of peripheral items to do everything from getting the audio into the computer to studio and off-air monitoring. Dana has found another item you will find useful.

Michael Dosch (AKA: Catfish) has a long and distinguished career designing audio equipment for broadcast.

Many of us old timers knew him from his years at PR&E, where he designed analog radio consoles. And everyone knows of his work at Telos, where he designed the entire Axia product line. Suffice it to say that the “fish knows audio!“

Now Catfish has taken his considerable talents and founded another company, Angry Audio.

One of their first products is a family of unbalanced-to-balanced audio adapters called “Balancing Gadgets.” I know what you are thinking right now: “that is a big yawn.” There are dozens of these out there, and have been for years! Why do I need a new one?”

My response is: compared to the others, this unit is a Jaguar to their Ford Falcon. Catfish has taken HiFi to a new level with these devices.

The model I have for review is the Dual Stereo Balancing Gadget. a double stereo/quad mono unbalanced-to-balanced converter. I say quad mono because the channel isolation is so good that it can actually be used that way.

The Dual Stereo Balancing Gadget has a list price of $177.00.

Other than its function, this unit has nothing in common with earlier devices.

Why? Because it has been designed to be 100% audiophile grade. 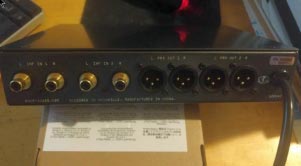 In fact, I can imagine real audiophiles buying these units. Unlike the typical balancer that uses a few opj-amps to accomplish its goal, this unit is

2.) uses a high quality instrumentation amplifier, which means that it can actually have a balanced input if desired

3.) is extensively RFI and ESD bypassed

5.) has both fixed and variable gains

6.) is compact, so that two of them can be mounted side by side in a single rack space (with the optional rack mount), and

7.) it has what Catfish calls “groundbreaking technology” (get it?) that eliminates the nasty effects of a ground loop between audio devices.

compared the Angry Audio Balancing Gadget to several other units.

It was pretty obvious that most similar devices could not compare with the Balancing Gadget. With those earlier devices, the words “parched,” “dry” and “limited dynamics” (i.e., clipping) came to mind.

Frankly, the only matching unit that even began to give Angry Audio any competition was the Henry Matchbox. This ubiquitous product has been around a long time, and seemed to be AA’s natural competition.

Compared to the Matchbox, the Balancing Gadget had a better bass extension, was quieter and played noticeably louder. It also had a “sparkle” that the Matchbox did not have.

Let me be clear: the Henry box never sounded “bad”; it simply was outclassed by the AA product. For the average FM-station CD player, both would fill the bill – but the recovered audio always seemed to sound more “right” with the Angry unit, especially the bass.

If you have a digital plant then the Balancing Gadget is the way to go – it provides a superior sound.

Besides balancing unbalanced audio, I can imagine this unit used in other ways too.

For example, it can be used to send very highquality audio around a home or office. With its extended frequency response (and very flat baseline) you can probably send composite through it (Catfish specs the unit at 0.2 dB from 20 to 20 kHz; my observations show that it far exceeds these specs on both its low and high end).

It also can be used to directly (and loudly) drive balanced headphones like mine, more of which are due out on the audio market soon.

The place this unit will shine the brightest is in a studio with poor grounding. The CMRR (common mode rejection ratio) is specified at 70 dB from 20 to 20 kHz. At the low frequencies I would not be surprised if it was actually over 100 dB due to the INA1650 instrumentation amplifier used in the front end of the unit.

There is also substantial protection and RF filtering on both the inputs and outputs. 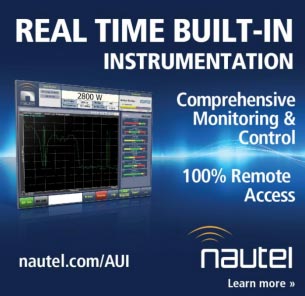 Can the world experience aural gratification from a designer nicknamed Catfish?

The Angry Audio Balancing Gadget is a super high-quality product at a very attractive price.

Its only real competition is the Henry TwinMatch, which does exactly the same thing but lists for $195.00. And I do have one of these in use at WGLS.

The schematic of the TwinMatch is much simpler – it does not have a balanced instrumentation input, has zero common mode rejection (because it has an unbalanced input) and while it is DC coupled throughout, there are no servos, which means that its output likely has DC offset Voltages that the AA unit does not.

The TwinMatch also does not have nearly the amount of input EMF protection and RF filtering on its inputs and outputs that the Balancing Gadget does. Like the Gadget, the TwinMatch does run on +/- 15 Volts – though it uses fixed 15 Volt regulators as opposed to the adjustable ones used in the Balancing Gadget (an advantage, since you can get lower noise output from adjustable regulators with careful design). The build quality of the two units seems similar.

Overall: If you can get a better designed product and save 23 bucks in the process, then why not?