How Not to Prevent a Breaker Trip

[September 2021] Circuit breakers are there for protection. Like fuses before them, circuit breakers react to current in excess of the rating printed on the toggle by tripping and cutting the power off.

Once a system is set up, with due attention to the load on the power feed and circuit box, it normally will run for years unless there is an external problem.

Sure, sometimes a transmitter or other piece of gear will go out of its normal operation. Perhaps a parts failure will cause the tuning to move so far from normal that excessive current is drawn. The appropriate circuit breaker should trip, and the engineer should investigate before resetting it.

Other times, the cause might not be as obvious and be long gone by the time an engineer gets to the site. For example, something that affects the power feed, like brownouts that can reduce voltage to a point where the current spikes. A lightning strike can create all sorts of issues.

Of course, there are always some who either do not have the time nor interest to fully investigate. So they look for a way to prevent another visit to the site.

This is not a recommended solution: 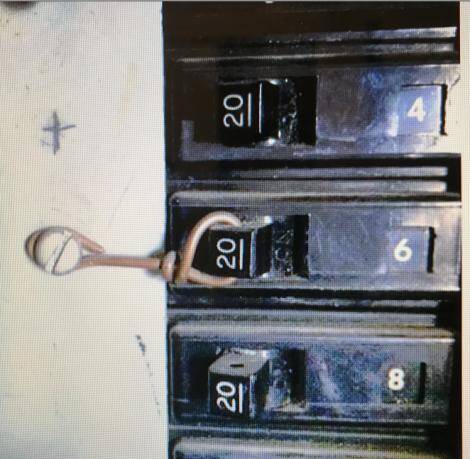 The Worst I’ve Ever Seen! – a tribute to the words our late friend Richard Haskey would deliver upon seeing a situation like this – is a periodic look at some of the curious things that happen in broadcasting. It is never designed to embarrass anyone but to remember “stuff happens” at the various sites we have to visit. In fact it is a chance for us to learn from others’ experiences.

And, after we chuckle a bit, it does remind us to check out our own facilities … carefully!

Got a good picture to share? Let us know at editor@theBDR.net