Hawaiian Colocation: A Story on How to Make Everyone Happy 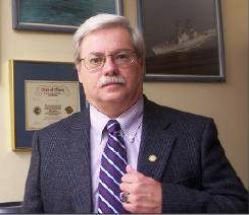 Can an AM broadcast tower host other services in an economical way that does not impact regular transmissions? Michael Hayden from Lawrence Behr Associates (LBA) shows how it can be done.

Even in Paradise, zoning boards can be quite an aggravation.

Verizon Wireless learned this when it needed to expand its facilities in Wailuku, Hawaii. The wireless company ran into a familiar zoning board response to its request for a new tower: “No, but thanks for asking.”

Verizon’s response to this turndown was one that we at LBA Group would like to see more often occur across the industry – Verizon made a search of the area for existing towers with the hope of finding one on which it could co-locate its equipment.

Colocation is a viable, but too often ignored, solution that even a zoning board likes. The eventual fruits of this decision by Verizon, as we shall see, serve as a lesson in sound engineering and smart revenue decision-making.

Verizon’s searchers eventually found what they were seeking: AM radio station KMVI. The 550 kHz station’s tower not only was located in a favorable location but also was of sufficient height to meet Verizon’s requirements.

After entering into a tentative agreement with the station owners, a structural analysis was performed on the tower. Unfortunately, a hurdle immediately was encountered – a analysis determined the AM tower did not have sufficient structural integrity to support the planned Verizon equipment.

Some parties in such a project would have punted at that point, but Verizon and the station owners wanted to proceed with colocation. A financial analysis had been done along with the engineering one, concluding that colocation also made revenue sense.

So they all decided to demolish the existing tower and erect a new one that would support not only the proposed Verizon antennas, but future carrier installations as well.

Preliminary engineering calculations envisioned a tower of 180 feet to meet local regulations pertaining to new towers – less than half the height of the tower it would replace – yet it would still be series excited as KMVI management desired. Once these decisions were made, an engineering team was assembled. This team consisted of SkyJack Communications, represented by Rick Jones; KMVI, represented by Earl Tolley; Verizon Wireless, represented by Michael Gallagher, and myself, representing Lawrence Behr Associates.

Tasks were assigned. SkyJack Communications would drop the existing tower and erect the new one. It also would install the new generation equipment on the tower. Lawrence Behr Associates contracted to design and supervise installlation of equipment so Verizon could couple its equipment across the KMVI tower base insulator. LBA also would ensure KMVI was in compliance with FCC Rules. KMVI would provide a new ATU. Finally, Verizon Wireless would install and test its cellular facility.

The first big job was demolition, which can be tricky.

Dropping the KMVI tower is a good example. The tower was located next to the KMVI building and in very close proximity to two major roadways. After considerable planning, the company expertly demolished the tower with no collateral damage to the building or debris on the roadways. 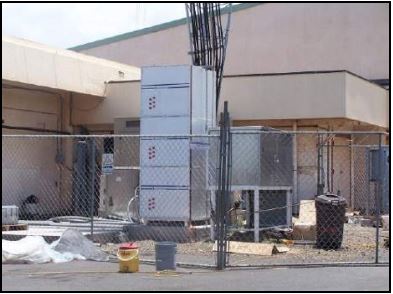 Erection of the new tower was started after site clean-up and preparation. Assembling steel to form a vertical structure is not an easy task, but configuring this structure for AM broadcasts presented some real technical challenges, too.

A Few Electronic and Mechanical Challenges

These issues became more complicated with the requirement that eighteen 7/8-inch coaxial cables had to be placed across the base insulator for the Verizon antenna systems.

This was the logical choice in this case because the design uses tuned resonant circuits instead of “capacitive coupling” as seen in standard “iso-coupler” devices. 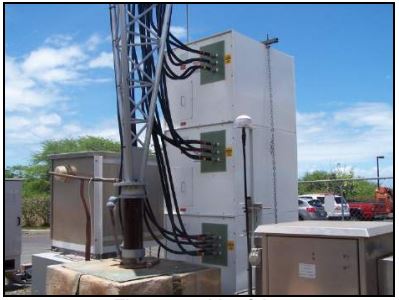 The tower side of the
LBA Technology ColoCoil System at KMVI

Tuned resonant circuits present a lower capacitive footprint to the tower’s lump base capacitance. It also allows a DC path for the Verizon signal and control systems as well as any tower-mounted amplifier systems.

Because of the higher than normal tower base voltages, a high-voltage model of the ColoCoil was designed, manufactured, and tested in LBA Technology’s Greenville, North Carolina facility. The finished product was shipped to Verizon Wireless for transport to Hawaii.

Rick Jones and I installed and tested the Colo-Coil system. Upon completion of installation and testing, I measured the tower impedance and adjusted the new ATU for an input impedance of 50 j0 Ohms. In due time, KMVI was brought on the air at full power. Verizon subsequently PIM tested its systems and went live.

So that is the story. What was the upside of this collaborative effort? It is all upside. There is no downside to colocation.

Consider: KMVI not only has a new broadcast tower, it did not have to bear the entire cost of erecting it.

1. The AM radio station has a new revenue stream provided by the rental of its vertical real estate to Verizon, with the prospect of additional tower tenants on the horizon.
2. Verizon has a new antenna structure without having increased its (taxable) real estate footprint.
3. Verizon maintained good community relations by colocating and thereby avoiding the rancor and ill-will fostered in a drawn-out permitting process.
4. The Wailuku zoning board is happy. 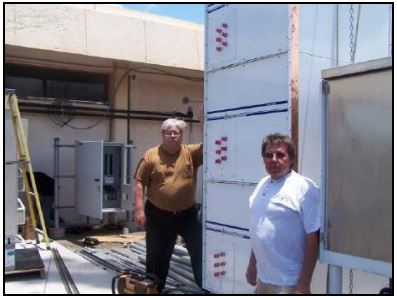 The author (left) and Rick Jones

There are, of course, instances when erection of a new wireless tower is the best and, perhaps, only solution to placement of antennas. But the KMVI collaboration in Wailuku is not an outlier. Where affixing wireless antenna to an AM structure is feasible, colocation most often is the logical choice for everyone involved.

Michael W. Hayden, NCE/CPBE/CBNT/AMD, is the Director of Site Services for Lawrence Behr Associates in Greenville, NC, part of the LBA Group. You can contact Michael at: michael.hayden@lbagroup.com