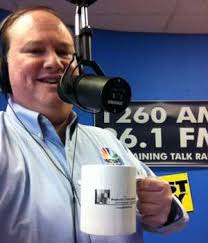 [September 2013] At the beginning of wireless communication, early in the 20th Century, amateur operators provided much of the spark of innovation that brought about radio as we know it. Ham operators continue to pursue their hobby, and have some new tools of interest. Mark Shander explains:

Long before the advent of the Citizens Band (CB) radio boom of the ‘70s, and long before Internet communication became main stream, there was Amateur Radio. And it was good!

For an incredible number of people in this world, there is nothing like a good Amateur (Ham) Radio conversation. And unlike CB radio, it could be argued that there never was.

True, not all CB transmissions were bad, but the lack of technical requirements to get licensed meant CB became home to many whose motivation was more about being noticed than actually communicating. In the 70s, it was as if someone had opened the doors and let everyone in.

During the most popular days of CB radio, the metro-Phoenix area was dominated by CB communication experts who brought the best of Amateur Radio to CB radio frequencies, delivering some of the most interesting communications in the country.

At the time, the FCC required CB radio operators to be licensed. The AM frequencies were limited to 4 Watts carrier out, single side-band (SSB). Broadcasts were limited to 12 Watts PEP (modulated), power restrictions still in use today.

Listening to CB radio in Phoenix at the time was a cross between listening to Burt Reynolds portraying his famous Bandit role in “Smokey and the Bandit and an interactive Broadway stage show.

Getting Started as Amateurs

CB radio ran from the rather normal conversations of businesses or people in cars meeting one another over the air to the wild weirdness of a high-pitched male voice that would crank up a high power amplifier, “stepping on” everyone else to proclaim “I’m so sweeeeeeeet!”

As we barely had enough money at the time to purchase an AM CB, my friend had a SSB-capable base station at his house and – I kid you not – a 23-channel AM CB mounted on his bicycle, powered by two 6 Volt motorcycle batteries.

While he should have been happy with a Firesticktm antenna like everyone else, he elected to use a 102 whip antenna on his bike (which he had gotten really good at flicking back to whip whichever of us followed him too closely). His biggest complaint aside from really poor SWRs was the fact that he could not get an acceptable ground connection. Because of that, he mostly used the bicycle for listening, because transmitting drained his batteries rather quickly.

Another of my friends learned how to work on radios from his father, who had been a CB repair technician. He was a king of interactive engineering conversations, with discussions ranging from chasing skip to repairing repeaters on the same site of the TV transmitter for the station where I worked at the time.

Anyway, that is pretty much how I caught the CB/ham radio bug – being able to talk to people in another city without having to pay the intraLATA cost had a feeling of getting away with something that I should not have been able to do. Plus, the conversations we had at the time were much deeper and much more technical than most people have over the Internet today.

Then again, some of the conversations on Facebook today are akin to the guy shouting “I’m so Sweeeeeeet!” back in the day.

From CB to Ham Operator

As most Ham operators learned, the CB medium basically was doomed largely due to the easy license requirements.

However, since my interests still were in communication and meeting fellow amateur operators, over time I moved on to become a Ham operator and, eventually, a broadcaster. After learning the technical aspects and Morse Code, my wife Dina and I qualified for full Ham licenses, and have held them for 20 years.

It has been interesting to see the technological and regulatory changes over the years. The Digital Age brought more flexible and feature-filled transceivers, while the FCC relaxed some of the requirements, most notably Morse Code proficiency. Nevertheless, time and time again during emergency situations, Ham operators provide essential information and communication links.

Recently, I discovered another innovation: a “walkie-talkie” App for mobile phones, capable of giving you crystal-clear reception by pushing a virtual PTT switch and casually speaking into the microphone. In fact, you can even do the same thing with video.

HamSphere is a cross between shortwave radio, Amateur radio, CB radio, and walkie-talkie set from the 70s (the AM ones, not the FM ones).

It is a free download, written in Java, that works on Macs or PCs as well as iPhones and Android devices. No wonder the app, HamSphere, has caught on and been downloaded by many people. The annual subscription includes free iPhone and Android Handi-Talkie Apps.

Sure, it is easy to dial a number and speak with someone you probably already know, who probably already knows you, there is a certain thrill in not only meeting someone with whom you have something in common, but someone who is as interested in broadcasting and finessing dials for distance as you are as well.

After downloading the program, you have the option of logging in using your real Ham radio call sign (if you have one), or having the software assign one to you.

To date, HamSphere has been responsible for converting more than 1,000 users with systemgenerated call signs into real Ham radio operators, so while real Amateur radio operators may consider a Ham radio simulation to be of no use to them, after spending some time monitoring traffic, and seeing how the system works, many new Hams begin to actively participate.

The system uses advanced algorithms to simulate real-world RF conditions, including all the fun stuff the ionosphere brings us – real radio wave propagation, distortion and fading. 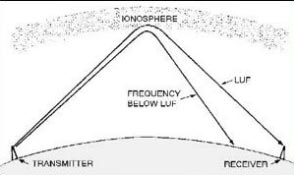 Real radio wave propagation is simulated in Hamsphere. Bounce “signals” to reach the parts of the world where you want to talk.

HamSphere is to Ham Radio what multi-player online games using virtual worlds connected by LANs, like World of Warcraft, are to singleplayer games – unbelievably addictive!

In just 10 minutes I can have a dozen conversations with people using HamSphere from all over the world. I wound up having two really interesting conversations – one with Gary from New Zealand, who was just getting ready to cook for 100 people in his retirement community, and Ben, a retired gold mine high speed elevator mechanic who is so enthused about HamSphere that he is in the process of getting his Ham license so he can have more conversations for real.

After each of these conversations, I was asked to send QSL cards, just the way we would if we had a conversation over Amateur radio.

Besides supporting QSL cards (which are jpegs sent via email in HamSphere), the app supports: 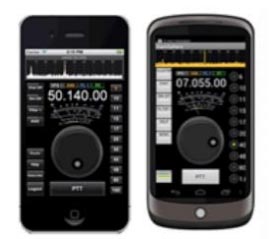 The App supports both iOS and Android smartphones

Of course, if you just want to jabber, there is a setting for that, too.

While some say it is too similar to Ham, I just would say that if you do not have the time or opportunity to throw up an antenna or to invest in equipment, this will work just fine for you.

Taking it one step further, the system adds Gamification, a relatively new term to indicate the use of processes used in games to entice people to come back again and again.

It is very similar to what has been done with sites like Facebook, where the results of your latest accomplishments (ribbons, scores) are posted to your wall so your friends can see how much better they need to do to attain your same rank or to be recognized as being better than you are, or vice-versa.

In HamSphere, there are certain missions” to accomplish, as there would be while playing a game, so that you feel you are in competition with others using the system.

For instance, unofficially, people outside of the United States have been trying to talk to someone from every state in the USA. When I last signed in, I was bombarded with requests for brief introductions and conversations from Tasmania, Thailand, Japan, the Ukraine, and more. I literally could have interviewed people for hours and still not run out of topics of interest to us both.

Official games include awards for finding hidden broadcasts in the bands as well as making certain connections with certain places at certain times. It is very well thought-out.

If you have ever had an interest in Ham radio, this is one program you will want to try out.

There is a 7-day free trial before you are asked to buy an annual subscription, and you should definitely spend several hours using a computer and another couple of hours becoming familiar with the app.

Given enough time, you may get as hooked on HamSphere as you did commercial radio. You might even take them up on the opportunity to broadcast your own radio station – music and all – on the appropriate HamSphere band for people all around the world to hear, and appreciate.

Mark Shander, KB7ZHT, is a regular BDR contributor and a computer show host and syndicator. He is based in Phoenix, AZ and can be contacted at mark@shander.com