Going Green is Not Always a Good Thing 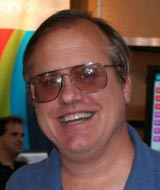 [April 2012] Identifying the problem when troubleshooting is fairly easy when you see something that has burned or been destroyed in the process of letting its internal smoke out. Sometimes, though, it takes a closer look to be sure.

Nowadays you hear a lot about going green. However, when it comes to mica broadcast capacitors that is not a necessarily a good thing. 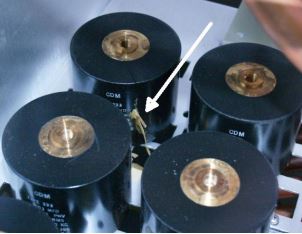 The more obvious signs of failed capacitor that we are used to looking for are cracks, wax (or tar for older ceramics) spewing out, burnt odor, smoke, and sparks.

A Need to Look Closer

Most of the time that was the characteristic of the G series: to either be really bad – like shorted – or blown to bits.

Also, with these older G series capacitors it was often easy to determine when one had gone bad due to black tar spewing out of the capacitor.

That sort of catastrophic failure still happens, but not always. Even with the older G series it was not uncommon to find a failed capacitor that looked perfectly fine. Those are the ones that make you scratch your head a bit and insist that you actually know how to troubleshoot.

The newer 290 series capacitors do not have tar in them anymore, so there are no more weeks of chiseling tar out of transmitters and dog houses when one of them suffers a brutal death. But the down side of that is sometimes it is quite difficult to pick a bad capacitor of the bunch.

The newer mica capacitors have a tendency to shift in value and have high leakage value while under stress – yet once they are under test conditions to look pretty much like they are fine.

The primary indicator I have noticed using a standard capacitor checker as well as the Power AIM, is that the capacitor value will be more than 10% over the rated value. (Keep in mind mica transmitting capacitors are typically a bit – up to 5% – over their labeled value.)

Another often puzzling factor is that capacitor may continue to be working, for the most part, yet your tuning will go out on a fairly regular basis for no apparent reason. This is especially troublesome when the capacitor is used in a filter circuit.

It would be nice to find a new visual indicator to look for when a capacitor.

From recent experience there is one indication that is highly predictive of a bad cap.

That is when the capacitor has an olive-greenish tint to it. The tint comes from wax escaping out of the inside of the capacitor and tends to be visible even when no cracks or other damage can be seen.

When going out on a trouble call it is now a part of my standard preliminary visual inspection to look at each capacitor for any signs of “going green.”

If a capacitor looks a bit green in the gills, then you might want to feel it – provided the network is de-energized! – and see if it feels waxy and or warm. An infrared (IR) thermometer can also be a useful item when poking around for troubles: compare the temperatures of capacitors; suspect any that are unusually warmer than the rest.

Be aware that using temperature alone can be misleading at times since a capacitor that has to handle high current will be naturally warmer than one that is running well under its ratings.

While I was writing this article I got the wild idea to take a look at some of these capacitors under a ultraviolet light and see if UV would make the green a bit more obvious. 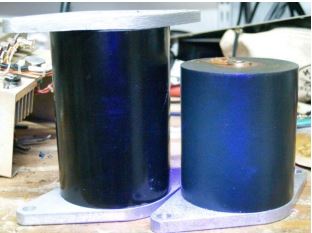 The capacitor on the left is good,
the one on the right is bad

The short answer is yes, the wax shows up very well under UV light. 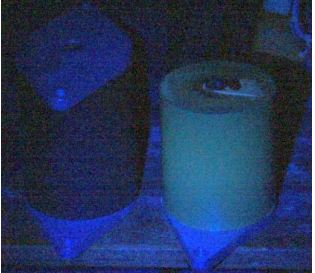 When you turn off the shop lights, the response of the wax to the UV is much more pronounced

The downside is that it shows up so well that even new capacitors have a green tint to them.

It is also worth noting that the wax itself tends to spray a bit as it makes its way out of the defective capacitor. Therefore, as you test any circuits that have multiple capacitors in them (not unlike the one in the first picture), you will find it is common for any of them that were in the area of one that failed capacitor to also show up vividly.

Fortunately, the bad ones are still brighter.

Knowing this might make you want to add a UV LED flashlight to your tool box. I bought one for around $10 at a local home improvement big box store.

Alan Alsobrook is a contract engineer based in St. Augustine, Florida. He is said to like green eggs, capacitors and ham. You can contact Alan at radiotech@bellsouth.net