Written by Dave Hultsman Posted in In the Trenches. 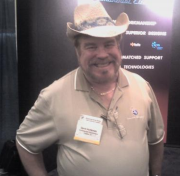 Before the Emergency Alert System (EAS) there was EBS – The Emergency Broadcast System. Several things led to its abandonment and the implementation of EAS. Dave’s story involves a technical issue that caused many problems.

The problem was, in the day, there were many transmitters that were not as stable or reliable as they are today, and often the five seconds would end up as minutes or longer, as transmitter repairs commenced.

Some Reliability on AM

I had modified our two AM daytime Continental transmitters, the 317B, 50 kW and the 316B, 10 kW day auxiliary for EBS tests by installing a red front panel button labeled “EBS.”

Basically, it was a normally closed AH&H pushbutton with a red cap. All it did was open the interlock to the excitation relay in each of the transmitters. You pushed the button for five seconds to go off the air, released it five seconds to come back up, and pushed it again for five more seconds off.

As we put it into service, it made it easier for the operator and bypassed some type of step-start in the plate supply since you left plate voltage on.

Meanwhile Over on FM

On the other hand, our sister station KNUS-FM. had a wonderful ITA FM-7500B transmitter

The Chief Engineer said he sure wished we the FM tests could be as simple as on AM. The ITA had a screen delay circuit, but was a noisy transmitter. Since the CE figured its PA was stable, I started looking for ways of killing drive.

My first experiment was just trying to bring the transmitter up without drive. No, No, NO! “Bam!” That definitely did not work.

I then played with the muting drive in the exciter driver. Once again lot of noise and – “bam” – this time we lost enough parts to be off of the air for over eight hours. Worse, there was no auxiliary transmitter. Oops!

We tried other options, but after our suffering one or two breakdowns a month – always during or immediately after the EBS test – I finally gave up on installing an EBS button. I had it with EBS on FM.

Then, one day we found a sort of non-standard solution – and it worked!

A Solution, Sort Of

By law I had to run the tests.

But, really, no one was monitoring us since the FM’s were just audio relays in those days. The AM’s were the primary and secondary alert stations.

My big idea was to take the EBS Test Cart into the production room and made a new one using an FM tuner that was tuned between stations. On the air, the audience heard “This is a test of the Emergency Broadcast System. This is only a test.” This was followed by white noise for five seconds, dead quiet for five seconds, more white noise for five more seconds, and then, finally, the 1000 Hz tone and end announcement: “This concludes this test of the EBS system.”

With that little adjustment, we did not have any more transmitter failures due to EBS.

However, there was this one other local engineer who caught me on it. My “white noise was too loud,” he said.

Sadly, “The Mouth from the South” was silenced when Dave Hultsman passed away on August 27th, 2015. The broadcast industry lost one of its best. We all will miss Dave.

Fortunately, in his six decades as a broadcaster, he told a lot of stories – many of which he told on himself – about the building of the radio industry. There is no way to share them all, but if you have a Dave story, please share it here!