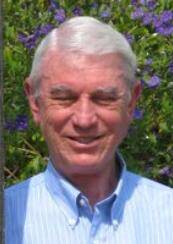 The well-liked and respected broadcaster, the longtime “face” of TFT at conventions, Darryl Parker passed away on August 6th in San Jose, CA. He was 77 years old.

Darryl was Texas born and bred, and always spoke with a pleasant voice that reminded listeners of his origins. Southern Methodist University is where he got his BA in classics and mathematics. He also studied marketing at Caltech, which prepared him well for his long career in sales/marketing.

Darryl’s start in broadcasting came as an on-air and newscaster at a local station.

From 1970 to 1978, Darryl was the Electrical Engineering Director at Texas State Networks. After a stint as Sales Manager at MZB Associates, and a couple years with is own Parker Communications working with MCI/Sony, Darryl joined TFT in San Jose, CA in 1991 and was Senior VP for the next 14 years. When TFT abruptly closed its doors, Darryl became marketing manager of Alligator Communications, makers of SCADA (Supervisory Control and Data Acquisition) radios. At the same time, he made himself easily available to TFT users, helping them get parts and support for their equipment.

In addition to his broadcast activities Darryl was an accomplished organist, especially for church services.

He is survived by his wife of 20 years, Elizabeth, a sister, two children, his step-daughter, three grandchildren, and several nieces and nephews.

You are invited to subscribe to the one-time-a-week BDR Newsletter.
It only takes 30 seconds right here – and we promise not to flood your inbox.