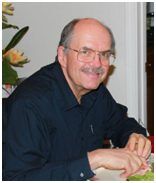 [April 2021] Dane Ericksen has had a long career as an FCC Field Agent and Broadcast Consultant. He understands how the Rules and Regulations are put together – or was that all just a strange dream?

In prior years, the Federal Communications Commission required stations to have an up-to-date copy of the Rules and Regulations on hand – and be familiar with them.

One of the reasons for the requirement was that when FCC agents came to a station, their reports of inspection always referred to specific rules regarding what was not in compliance. Usually, it was the Chief Engineer or Chief Operator who was tasked to keeping the updated Rules and read them, to ensure the station stayed in compliance with their license.

In recent years, the FCC has acknowledged the ability of stations to access the Rules on the Internet at any time, so having a printed copy is not as critical. Still, the old line, “ignorance of the Law is no excuse” applies.

Of course, regulation is a fluid subject, as the needs of the industry and the regulators evolve.

Several companies made a pretty good living supplying stations with Rules updates as the Commission discussed and made changes. But, with most stations relying on the Internet access to the Rules, the burden of knowing what has changed and when now falls upon the individual stations and/or companies.

One way of keeping current is to read the Daily Digest from the FCC. That lists all actions taken by the Commission, including Public Notices, Notices of Proposed Rule Making (NPRM), Orders, etc.

KEEPING ON TOP OF CHANGES

While some changes and notifications are simple, and easy to follow, there is no doubt other material describing actions by the FCC can be quite lengthy and filled with bureaucratic speak.

The general makeup of the Commission is, as is often noted, mostly lawyers. And they were trained in the way they talk and write. For most of us, then, it may take some effort, or even consultation with a consulting engineer or communications attorney to fully understand the various rules and the reasons behind them.

Of course, the FCC is following the industry, and sees how their actions are received. Sometimes that seems to require changes course.

As an example, take a look at this NPRM that recently came to my attention I do think it ex-plains a lot.

Or, was it that large piece of chocolate cake I had?

Dane Ericksen has had a long career as an FCC Field Agent and Broadcast Consultant. He has endeavored to help many people to understand and comply with the FCC Rules and Regulations that guide our industry. You can razz him back at dane1234 at pacbell.net