[April 2020] There are literally dozens of utilities that help you check the operation of your computer – and make corrections when necessary.

Choosing the right one depends on your needs. Hearing what others have used is also a good measure.

System Mechanic by iolo has been around for some time – more than 20 years. That being so, now at Version 21, it could well be called “mature.”

But that version number is also an indication that a lot of work has gone into the product, to keep it up to date with the latest Windows operating systems and hardware issues.

I had the opportunity to test out this latest version and can report it worked well for me.

System Mechanic, as do many such applications, comes in several “flavors” or levels of features.

In addition to the basic application, there is a “Pro” version, and now an “Ultimate Defense” version. You can determine what features you need and tailor the installation. I recently had the opportunity to check out the Ultimate Defense.

During the tests, I placed System Mechanic on two different machines. You can run up to five in the household on one subscription.

The first test machine was operating well, but I thought it could use just a little cleaning up.

System Mechanic installed easily and completely with several steps. Once it was installed I ran the cleanup, speedup, and malware scans. It freed up some space on the machine and straightened it out. 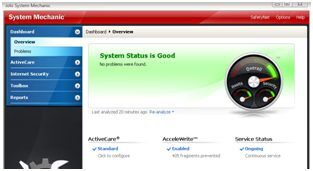 I did not see any real speed increase but that was not surprising, as the machine was fairly new and did not have much on it – essentially it was already running at peak performance, and System Mechanic only reported a couple of suggestions.

My second machine was heavily loaded and dragging slow.

I ran the same scans on it. Using the results I removed a lot of old programs, although they left things behind, as they often do. The software was able to find and help remove a bunch of files and the trash, thereby cleaning up and arranging the drive. 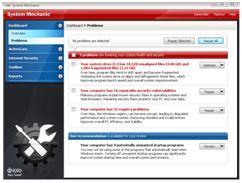 Then I ran all the scans again.

The end result is the drive was clean and in order. There is a report telling you what the program did, as well as allow a “roll-back” in case there is a problem detected. I did not have to do this. 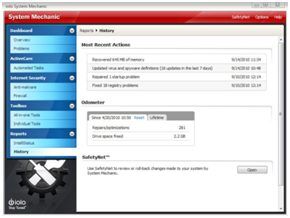 The best part is that formerly sluggish machine had at least doubled in speed, so you can gather that I found System Mechanic works quite well at doing what it was designed to do.

As you might expect, the Ultimate Defense version has much more than basic tools of analyzing and optimizing startup and system operation.

In addition to incorporating a robust search and file recovery app and a “Drive Scrubber” to permanently erase files, the company claims to be able to diagnose over 30,000 potential problems and remove over 50 types of junkware as it optimizes Internet settings. System Mechanic can even analyze and optimize your solid-state drives. 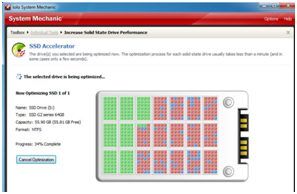 For those who have questions as you work with the programs, there are plenty of help screens – and even some videos – to explain each step.

Many other “ultimate” features are less diagnostic than protective: there are privacy guards, system protection and malware killers, and password protection.

WATCHING WHAT YOU WANT

Sometimes, loading feature-laden programs can cause their own slow-downs.

Aside from the key protection features like anti-virus and malware protection, much of System Mechanic can be enabled to work automatically, sitting in the background, operating only during periods when your PC is idle. 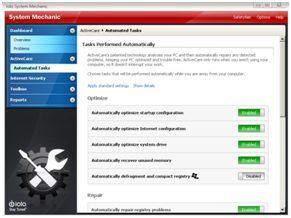 All in all, I liked the System Mechanic Ultimate Defense.

More information is available on the System Mechanic web site.

Mike Murrell handles engineering and Administers for the Tennessee Association of Broadcasters, as well as the Chairman of the Tennessee SECC. You can contact Mike at: engineermike@mindspring.com