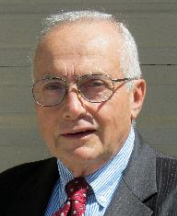 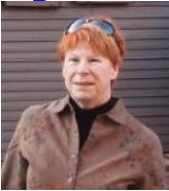 By Richard Rudman and Adrienne Abbott

[April 2018] Each year during the NAB Show the(BWWG (The Broadcast Warning Working Group seeks to engage the National Weather Service and the FEMA to improve EAS coordination and alerts.

SECC representatives from Washington State, Ohio, Idaho, Arizona and California attended, along with subject experts from the Vendor community and Nevada Emergency Management.

Discussion on audio quality issues was mixed. Some attendees report good NWR audio quality. Others brought up issues related to NWR VHF coverage problems that are challenges to good reception, even with special receive antennas.

Daniel Berc, the Warning Coordination Meteorologist WCM) from the Las Vegas WFO presented an overview of criteria for issuing activations for Statements, Advisories, Watches and Warnings.

Criteria for issuing updates were outlined as were issues with delays due to various forms of latency, what some feel are too often instances of repeated information. The meeting Agenda also mentioned the perception that NWR EAS events are formatted as if they were “a first time event.”

Berc also outlined the proposal to divide Clark County, Nevada into FIPS partitions. Subdividing Clark County (larger than some East Coast states) would give broadcasters some options for dealing with message flooding issues – making a a significant difference in the number of activations a station receives and ease the problem of message flooding.

The leading “zero” in the six digit FIPS codes can be changed to the numerals 1-9. The proposed Clark County Plan uses 1-5 to address regional and climatological problems for issuing EAS warnings if on the generic 032003 Clark County FIPS code is used.

This year Tim brought the group up to date on NWS EAS and other public alerting challenges resulting from errors in distribution by third parties. No third-party problems were cited. Mike Gerber from NWS reported on CAP/ IPAWS issues and their impact on EAS and WEA distribution, duplicate messages, and when we can expect NWS NWR to issue IPAWS EAS events.

Shott and Berc both explained that the criteria for issuing warnings is set by NOAA and local offices do not have much flexibility from those standards.

Later in the meeting Mike made the statement that IPAWS could be “turned on” right now. This began a discussion on implementing a pilot program in Nevada, and idea on the table for at least three years of BWWG meetings with NWS.

An engineer from Idaho mentioned that they had audio quality issues with NOAA but the local NWS Office was not cooperative in fixing the problem. Tim took names and said that he would resolve the situation.

Kelli Baratti with Nevada Emergency Management reported on improvements to the statewide radio network for EAS snd their use of the Alert Sense warning tool.

The current FCC CSRIC charters’s inclusion of the topic “Re-Imagining of Emergency Alerting” was also reported on by Gerber. The full report is here.

Richard Rudman and Adrienne Abbott are Core Members of the BWWG and have commented to the FCC many times about EAS matters.

Both take the lead in their states (CA and NV) SECC activities, and are working with the NWS to resolve many of the issues that make EAS a difficult “sell” to PDs and GMs.

You can contact Richard at rar01@me.com and Adrienne at weathertop@charter.net