A Way to Test UPS Batteries 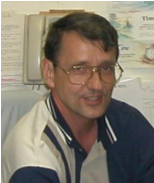 [November 2017] Few things are more annoying than waiting for a mission critical computer or some other microprocessor-equipped gear to reboot after a power bump or dropout.

An Uninterruptible Power Supply (UPS) can save the day – if the battery has not deteriorated or failed. John Stortz offers an easy way to diagnose the condition of your UPSs.

Any critical computer should be plugged into a suitable UPS, or Battery Backup supply.

At a typical station, that means there may be many UPSs in the 300 to 1500 VA range. Some of the larger UPSs have self-diagnosing software that is designed to alerts you when the battery was going bad. When it works, you can change batteries well before failure.

On the other hand, the smaller ones do not selfdiagnose and cannot alert you. As they age, the question becomes: how can we be certain the batteries will carry the computers or other gear during a short blackout?

I used to test the batteries in our UPSs by just unplugging the UPS for about a minute and watch what happened. More than a few times, the result was a computer shut down – and the impatient wait for the reboot once power was restored.

There had to be a better way.

After obtaining a Kill-A-Watt (a series of products designed specifically to measure electrical power usage), I discovered that computer power consumption varies widely, depending upon how much processing may be going on at any moment; an idle computer draws a lot less than the rated power of about 100 to 350 Watts or so, giving a less accurate view of how it would respond if the computer were not idling.

The solution was to find a way to add a bit more load to the test circuit with a light bulb or two to 2 bring the load closer to the rated load and more closely match the ratings on a specific setup.

How much to add, depends on the capacity of the UPS, as well as the computer it is protecting.

With that in mind, I happened to come across a four-lamp vanity light. By using a 150-Watt lamp and three 116-Watt “used” tower lamps, I was able to simulate various loads, up to about 500 Watts.

The main test is pretty straightforward: keeping an eye on the output Voltage while operating from the UPS battery.

I find most UPSs exhibit an initial Voltage drop but, interestingly, the Voltage will rise again. I assume this is because the battery works better after it begins to heat up internally.

With that in mind, using my test lamps, I first connected a Kill-A-Watt to the UPS output and read the Voltage. Then with the normal load still connected – and perhaps using one or more lamps for additional load because idle computers do not draw that much power these days – I unplugged the UPS and watched the UPS output for about 45 seconds, making sure the Voltage did not drop significantly.

If the UPS output dipped below 106 Volts for more than a couple seconds, or if it failed to maintain at least 111 Volts on average, experience has led me to assume the battery needs replacing. At a remote site, I would begin preparing to replace a battery when the output dipped below about 113 Volts.

I would go back and check again after about 15 minutes – and expect to see that the charging should have dropped off.

Keeping the Lights On

For critical loads my goal is to be able to switch the UPS completely out of the circuit during testing. This prevents us from being knocked off if the UPS should crash during the test.

Of course, some can be switched out and some cannot, so I decided to construct and install some transfer switches.

During the construction of my manual transfer switches, I had only finished one when I discovered there were places to purchase a supply of re-conditioned APC automatic transfer switches for a great price. Even better, the electronics packed into these switches made my homebrew switches obsolete before they were built.

In theory, my plan was to test all UPSs on the plant about every six months. My admission: in reality, if I did it once per year, I was probably doing well.

The important thing is to do it – and keep documentation of the date, the test load values and the UPS Voltages. Doing this could save you an unexpected off-air emergency from a battery that is past its replacement date.

John Stortz is now enjoying retirement. Previously, he served as the Chief Engineer for the Moody Bible stations in Tampa, Florida.