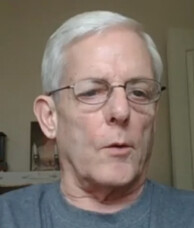 [February 2022] AM stations are under pressure. Sometimes the land is worth more than the station. Other times, the question might be “we have all these towers, what are they good for?” A New Mexico station answered the question using a unipole.

KKBE (910) in Roswell, NM had a problem. A unipole helped solve it.

The station was 5 kW days, 500 W at night, used a three-tower night system that was very old and constantly needing repairs and maintenance to stay within tolerance. The 500-Watt directional signal went virtually due south (the site is in the far north part of the city) – way past the populated southern area of the city.

Maintenance of the site was never easy. Then, in early 2018, the KKBE DA was vandalized. 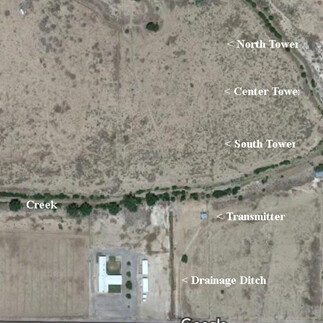 After that damage, it would not be an easy repair.

A major problem was the land the site sits upon.

There is a creek between the transmitter building and the area where the towers are and after a heavy rain, the road through the creek bottom washes away.

So, depending on the weather and the season, there were times staff was unable to access the towers.

Initial efforts to fix things just went south. And in the end, it was determined that complete and proper repairs would be hard to justify for a station not making any money.

SLIMMING DOWN AN AM

Considering all of the above, combined with the fact that the AM station now had an FM translator that covers the entire city, we decided to check out the possibility of going non-directional at night.

We used Clarence Beverage to come up with the engineering parameters, and Jim Stanford to work with me on what would be needed, along with the costs, to physically get the job done.

First, we applied for an STA for the out of tolerance nighttime pattern.

Then, after the STA was granted, we applied for a CP for KKBE to go non-directional at night with a power of 34 Watts. When we got that CP, Jim Stanford and I permanently disconnected the Center and North towers from the phasor and floated them. After removing the Potomac Instruments AM-19 Antenna Monitor System and power from the Collins Phaser, that left the Nautel XR6 transmitter connected only to the South tower.

After Jim Stanford did all his measurements on the new ND system, we notified Clarence Beverage, who in turn did the necessary FCC filings and on February 07, 2019, the FCC issued a new AM Broadcast Station License.

What remained was what to do with the two towers no longer needed for KKBE.

We could leave the two towers there, in place, lease space on them, or tear them down

Earlier on, I had told my boss, Terry Canterbury, the Corporate Engineer for Noalmark Broadcasting Corp, the company that had owned the station, what possible choices we had for the remaining Center and North towers, after we went ND at night.

After the ND conversion was completed, Terry told me corporate had decided to lease the North tower for cellular and Internet transmission.

FROM FLOATING TO GROUNDED

In order to install the necessary cellular and Internet equipment on the North tower, that tower would need to be grounded. But that meant the north tower would affect – or distort – the day and night signals radiating from the south tower.

To resolve this problem, we re-contacted Jim Stanford who recommended installing a folded unipole on the [to be grounded] North tower, to make that tower electrically invisible to the South tower. Jim and I agreed the folded unipole antenna should be one from Nott Ltd. This choice was based on Nott Ltd’s reputation, cost, delivery time, and their plant’s physical location.

Once the folded unipole kit arrived we moved it to the KKBE-AM transmitter building. Then we removed a portion of the fence around the base of the North tower. Then Jim used his cutting torch to take apart the ATU and de-tuning unit boxes that had been attached to the North tower base. 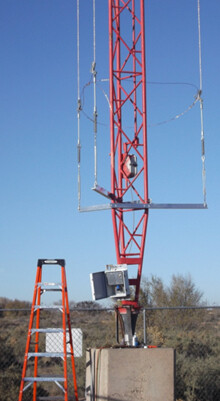 By the end of the three days Terry, Jim, and I worked on this project, it was completed. The tower was now electrically “out of sight” to the day and night non-directional signals and the cellular and Internet equipment could be installed.

KKBE has now taken on the call letters of co-owned KBIM-FM. Operating an AM station is not easy these days, especially in a small market.

However, at least the new rental income, made available by the unipole antenna network will help.

For more information on Nott Ltd’s unipole products and how they can be utilized, click here.

Ken Fine recently retired as CE Noalmark stations and but stays close to the radio industry. Contact Ken at fineken50@gmail.com