A New Way of Modeling AM Directional Antenna Arrays 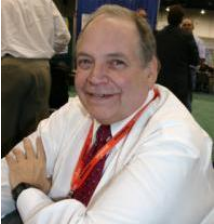 [October 2009] Some might call it one of the more important changes to the AM Rules in decades – the FCC now permits the installation of some directional antennas (DA) without the time and manpower intensive “running of the radials.” Phil Alexander explains what the buzz is about.

Mathematical models using the National Electromagnetic Code (NEC) have been the principal method of designing stealth bombers and ships for minimal radar reflection for more than a generation. Now, after much prompting, the FCC has recognized using NEC for modeling the operation of DA arrays under specific circumstances spelled out in an addition to the Rules.

I will spare you the “mom” jokes because the Commission does not call this method “MoM,” although that abbreviation stands for “Method of Moments” and is commonly used in most Civil Engineering texts, where the concept originated for structural analysis several decades ago. Many articles have been written describing the adaptation of this method to electronic systems and the development of the NEC which has advanced to its fourth major revision (NEC-4). However, the FCC prefers referring to this mathematical system as “Moment Method” analysis.

At the same time, it is important to understand that this new method approved by the FCC is in addition to the previous rules and does not cover all situations – although it does apply to most arrays except those few shunt excited directional systems (there are two in the US) and systems of mixed tower types.

Furthermore, although no one would go beyond saying that common practices with skirt-excited systems left too many possibilities open for errors, it was clear that several of the pillars of the consulting community – and perhaps the FCC staff as well – did not consider shunt-excited or skirt-fed towers suitable as predictable devices in keeping with the spirit of the alternate rules and omitted them from the package issued by the FCC at the conclusion of the Rule Making.

So, what is this new system and could you benefit from it? How is it different from the “old fashioned” method of spending days trekking across the area surrounding a DA array with a field intensity meter and maps in search of “proof of performance?”

“Back in the day,” during the period of great DA construction in the 1950‟s and „60‟s, those of us who worked building the AM radio infrastructure had a relatively easy time of it.

There were no cell towers, and power lines had not yet proliferated across the landscape. With reasonable care, good field measurements were relatively simple. Of course, checking for re-radiation interference at each point on each radial was considered prudent even then – because all it would take was one rural power line or an innocent appearing phone line to render a point a useless “flyer” when plotted during data reduction.

The advent of NEC, followed by the development of mini-NEC and other programs which would run on small computers, showed new possibilities for a mathematical solution.

At the same time, the FCC Rules for proving pattern compliance after work on existing arrays (the socalled “Partial Proof” Rules) relaxed, and then had to be relaxed again because measuring the necessary data was severely hampered by the proliferation of cell towers and overhead utility wiring in and around urban areas.

Models, however, do not always agree with the real world so the new Rules take aim at this point and require careful measurement of the real world. They also carefully restrict the model adjustments permitted for conforming the model.

Another point that should not be overlooked is that the new Rules are used strictly as an alternative to field measurements as a method for proving performance of a DA array under very controlled conditions. Indeed, the standards for array design have not changed, and a good understanding of them should be a prerequisite for modeling work. If you decide to learn modeling, printing the last sentence in large letters and posting it over your workspace would be an excellent idea.

The “Proof” Under the Moment Method

How does modeling change an array proof? There are many answers to this question depending on your perspective.

Financially, using the Moment Method can be substantially less expensive, especially during new construction. However, stations considering switching older systems to the Moment Method, will find that a complete replacement of the sampling system is a probable consideration.

Operationally, there will be several changes. Monitor points are eliminated, but the entire antenna monitoring system must be checked and recertified every other year to assure the accuracy required by the new Rules.

Time wise, eliminating the need to run radials will shorten the construction schedule for a new array or for a major array rebuild.

Is the Moment Method for You?

Does this sound like it is something you want to do for your facility?

The bottom line is that this is a discussion to have with your technical consultant at the beginning of a project. It is probably not something you want to try by yourself unless you thoroughly understand DA array design according to the FCC Rules and you have a good grasp of the new FCC Moment Method Rules – plus a good understanding of the tricks of the trade of modeling. In addition, a budget of a few thousand dollars for software will be very useful.