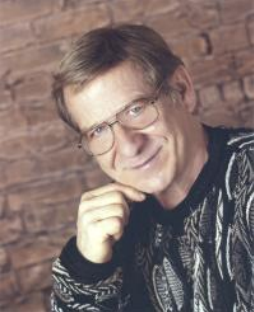 [August 2019] Before his untimely death, Jim Somich and I had a number of conversations by phone and email as we discussed the history of broadcast audio processing and laid the basis for this article.

Both of us had been involved in the production of the multiband processors that gave radio a loud, clean voice in the 70s and 80s, and we had watched the changes over the years, from simple levelers to the microprocessor-driven digital processors of today. This time we take a look at how the digital revolution came to audio processing.

As in the previous installments, Jim Somich took the lead on this guided tour. I get to help finish it off as a tribute to a great radio engineer.

As the 1980s drew to a close, the Modulation Wars reached a point where – especially for listeners on the AM dial – all the compression, limiting, pre-emphasis, and other audio manipulation were creating such splatter than some stations were actually “stepping” on neighbors, two channels up the dial.

The result to adjacent stations was what some called a lot of “monkey chatter” – sibilant artifacts that were just hard to listen to – and it kept up under the songs the listeners were trying to hear.

Car radio manufacturers retaliated by narrowing the bandwidth of their radios – which just led to stations adding more and more pre-emphasis. Especially at night, the AM band was a pretty nasty place to listen. Something had to happen, or AM would be totally unlistenable.

A sort of aural disarmament treaty was needed, and so it was negotiated.

A National Radio Systems Committee (NRSC) was convened to talk about solutions. As the discussions continued, Bob Orban and Greg Ogonowski stepped up to the plate around 1991.

After discussions with the Society of Automotive Engineers (SAE) and automobile radio manufacturers, Orban and Ogonowski strongly advocated a planned reduction of high end pre-emphasis. In the end, a modified 75 microsecond curve, recommended by Motorola, was adopted.

A number of stations did cooperate, bringing a bit of sanity back to the AM band. But it took the FCC to put a modified, new curve – dubbed NRSC-2 into the Rules in June 1990 – to make all AM stations obey the new curve. Several manufacturers immediately built it into their processors, while standalone units were made to “upgrade” older processors.

This not only put a hard limit on the frequency response, but codified it in the Rules. The aural relief was substantial, thanks to Orban and Ogonowski’s efforts.

Digital is the Word

Some of the old “names” could not or would not make the digital transition and faded into “history.” Sadly, some real sharp audio engineers, like Ron Jones and Steve Hnat, succumbed to early deaths. But some new names began to join the established pioneers in audio processing, taking advantage of the digital revolution to do some amazing things to audio.

Audio Animation’s Paragon, Valley’s multiband units, and Gentner all attempted digital control, with varying levels of success. Even the Europeans were bringing new products to market. But, within the broadcast industry, not too many were ready to implement these groundbreaking products on the air.

The Latest and Greatest

Nevertheless, let us stop for a moment and consider: As we look back at the Audimaxes (Audimaxi?) and Sta-Levels of the past decades, it is easy to remember all of their various shortcomings in handling wideband audio – pumping, ducking, slow attack/recovery, etc.

Should we recall the Maxx Brothers with respect … or laugh at them compared to today’s units?

It is easy to assure ourselves that our modern processors using digital techniques are “state-ofthe art” all the way. After all, digital is perfect is it not? And we do have digital boxes, do we not?

Yet, it is important that we do not embrace digital just because it is digital. Many analog designs from the past are still performing exceptionally well on the air, proving that you do not need the latest digital box to sound great.

However, perhaps it is time to break an egg or three: I predict that in thirty years we will look back on the Digital Signal Processing (DSP) models of today in much the same way as we smile condescendingly at the mention of those Maxx Brothers and their cousins of yesteryear.

“History Repeats Itself. First as tragedy, then as farce.” – Karl Marx

It is a fair question. And, it does deserve some thought.

Digitally controlled audio can sound great. Digital control permits broadcasters to accomplish with ease strategies that were virtually impossible in the analog world. Nevertheless, as we 3 look at all the power DSP brings to the table, a valid question arises: Why is it that modern radio really does not sound all that good?

The answer actually is fairly simple: as with any tool, digital audio processors can be abused. In the hands of a true audio craftsman, great audio happens. On the other hand, in the hands of someone who merely wants to be loud, these high-tech tools can create audio that will make ears cringe.

My hope is that if you take the time to understand the techniques and how they developed, your appreciation for the digital processing tool will incite you to think about and produce great audio.

It was the advent of DSP that finally brought the industry to the current pinnacle of processor performance.

For a long time, most stations that had the budget and could afford to buy anything they want were using either Orban or Omnia digital processsors. Each box has its own unique processing strategy – based on the best analog designs of the past – and then making some significant enhancements and improvements on those older designs.

It is interesting to note that at each step we often thought we knew all there was to know about the art of audio processing. Fortunately, there was always someone who would not take that for granted.

Is There Room To Do More?

Indeed, even while some have felt we may have reached the limits of what could be done with audio, breakthrough processors continue to be unveiled.

The transition was in the early 1990s, which really developed into an exciting time for audio processing. Change was all around. Frank Foti left Z-100 and returned to Cleveland to strike out on his own, building audio processors. Bob Orban had partnered with Greg Ogonowski to design their next generation of audio processing, as Orban felt analog processing methods were “mature” and any major stops ahead would have to come from digital methods.

At this point, if you have not seen them, may we recommend the previous four installments of this series. Tracing the history from manual level control to analog processors does illuminate the important aspects of design as average modulation rose from 30% to perhaps 85%. Readers then will recall that the concept of multiband processing and heavy limiting led to modulation monitor needles becoming virtually immovable right at the 100% mark.

Foti’s first commercial processor was the Unity 2000, an analog box that had incorporated every trick the master had learned at Z-100 and then WMMS.

It quickly became a big hit and a terrific launch product for his new company, Cutting Edge Technologies.

But more change was in store for Foti as, in the early 1990s, he joined forces with his best friend and DSP guru, the late Steve Church, to bring his new vision to life – a digital processor they called the Omnia.fm.

The Omnia was a unique vision, born in the trenches of New York City radio and nursed to life by a DSP genius and a processing warrior. It is no wonder that the Omnia has been the most popular processor in the New York City market.

Meanwhile, the “Bob and Greg Show” out in California was not letting moss grow beneath their feet – or audio – either. It was time to replace the popular 8100A.

The Optimod 8100A was aging, and Orban and Ogonowski had digital control on their minds. This super-charged pair of engineers really fired off the digital revolution. The digital Optimod Model 8200 was the first DSP audio processor to achieve commercial success – designed and built by pioneers of analog processor design.

Over the years, the Optimod series has grown, and has even evolved, to a completely software driven product, the Optimod-PCn 1600.

Inovonics, Aphex, and Wheatstone, among others, have produced DSP models that found homes in many stations, with the Aphex Compellor becoming a “standard” leveling control between the studio output and the audio processsor’s input.

With DSP came lower cost but solid value processors like the Inovonics’ DAVID and the INOmini models, BW Broadcast’s DSPX series, and boundary-pushing units like Wheatsone’s AirAura series – featuring a 31-band limiter and a lot of processing power.

What will it take to develop the next generation of audio processors?

We surely do not have the answers today. In fact, we do not even know many of the questions. But let us give it a try.

In our next installment, as we approach the guys who have been in the trenches of audio processsing, staying on top of their game, with audio processing that gives stations their “signature sound.”

We will see you soon with Part 6

Jim Somich passed away suddenly early in 2007. He always was actively interested in audio processing, always pushing the envelope at his company, Jim was also very generous with his time, making room to help a number of broadcast engineers to get started. From my point of view, it was his input that made this series possible. – Barry Mishkind