[June 2013] Can AM be saved? Many have given up and assigned AM to talk and foreign language, if not the trash bin of history. On the other hand, FCC Commissioner Ajit Pai has made several appearances and statements showing his support to help AM stations survive.

As part of his initiative to find a way to help AM station operators, Commission Pai met with Brian Winnekins, owner of WRDN, Durand, WI on May 13, 2013. Their discussion centered on the service provided by small-market AM stations and the difficulties such stations must overcome to both serve and survive.

No Longer a Silent Voice

A small town with a population of approximately 1,900, Durand is some 20 to 30 miles from the next broadcast market. WRDN is the local station. 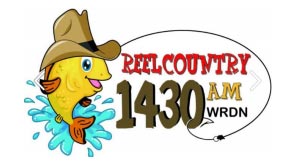 Those who live in small towns know how important the local station is to their lives.

As Commissioner Pai put it: “In places like Durand, a local radio station is an important way – some-times one of the only ways – for folks to feel like they really are a part of the community.”

This might be especially true for Durand residents, who basically had no service at all for some five years, until the Winnekins bought the station and put it back on the air.

Pai was quick to note the local support for the station, both in terms of covering high school sports and other local events as well as bringing the local news and information needed by the community, and especially the elderly or physically impaired, who depend up the station for weather reports and other important information.

Ideas From the Field 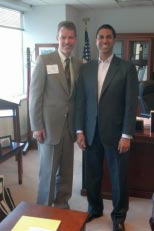 Winnekins has a lot to say about AM broadcasting. His letter is on the FCC site and is located here, including letters of support from the area. But he did more. He went to Washington, so he could speak with the Commissioner face to face.

The meeting between Commissioner Pai and Brian Winnekins provided an opportunity for them to exchange ideas that might assist AM operators.

During the Spring NAB Show and in other statements Pai repeatedly has said he is a fan of AM and is willing to do what he can to help. His appearance at NAB, for example included discussion of bandwidth, analog vs digital, and regulatory issues – including the long time spans it sometimes takes to get things done.

Some Suggestions to Help AM

Winnekins letter acknowledges some off the regulatory roadblocks. And although he offers some suggestions that have been offered before, it remains to be seen if the hope offered by Commissioner Pai may or may not bring some options.

For example, Winnekins feels that it should be an FCC priority to enforce the Part 15 Rules on RF Interference. The growth of everything from computers to the new light bulbs has flooded the AM band with noise, and has reduced the effective coverage for stations.

Opening up the AM band is another suggestion that appeals to many. AM is capable of full fidelity – and a warmth some feel is missing on FM. Of course, this is a real problem area, since the Modulation Wars of the 1980s have created a lot of problems, giving the radio manufacturers more incentive to have narrow bandwidth response.

Perhaps the most intriguing idea that Winnekins offered was to allow AM stations to run full daytime power, up to 2,000 Watts, at night.

He noted the distance protections left over from when stations truly served a regional audience may be anachronistic today at a time when most stations have no interest in the coverage outside their main market.

Additionally, with IBOC stations allowed to put power – as much as 1,250 Watts of digital noise on an adjacent channel where the licensed stations may be granted nothing at all at night – it seems like there ought to be some room to help AM a bit.

With that in mind, he put forth a suggested trial from September through March, to see if there was a sound way to give more power, especially to the small stations and daytimers.

Winnekins knows that getting anything substantial done will require getting past a number of technical and political roadblocks.

But with a Commissioner that is making clear he wants to help, this might be the right time.

At least, he hopes, that a real serious discussion might get started. He said: “I’m also hoping that everyone in our industry realizes that we have a friend in Commissioner Pai and we all need to contact our congressional leaders and tell them to support his efforts! It’s been a very long time since we had someone at FCC that cared about radio!”