Why Your Main Transmitter Setup Is Not Enough 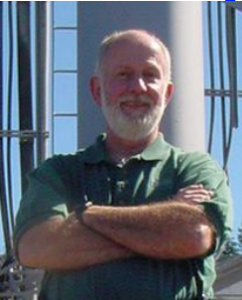 [August 2014] Maintenance, repair, or replacement of transmission gear can be very simple when your station is alone on a site. But what do you do when you have a shared tower or live in an antenna farm? Clay has some thoughts.

Question: How do you remove a top-mounted TV Antenna that has to be taken apart in pieces when it is mounted above an FM Master Antenna being used by six stations owned by three different companies?

Answer: You plan for extra time, effort, inconvenience, and lot of money.

That was exactly the situation faced at the West Tiger Mountain site near Seattle during the KUNS de-installation. It also underscores the value of a station having back-up facilities ready to be used anytime without causing significant reductions in coverage.

Over time I have seen this sort of issue come up a number of times.

On shared sites, it has become common during the last 20 years for a periodic set of measurements and charts provided by a consultant to determine what has to happen during maintenance/repair work.

Depending upon which tower and how high the workers need to go, any number of neighboring stations may be asked to reduce power in steps or shut down entirely for the duration of the time the workers are on the tower.

That is why it is not uncommon for stations at an antenna farm to have an auxiliary antenna on the same or a separate tower, in an effort to stay on the air – at any power level – during tower work or a failure of the main antenna.

The basic question is: during such situations, what power level or what percentage of your normal coverage is acceptable?

Unfortunately, the answer to this question is often not fully analyzed. In the “Good Old Days,” the goal of backup systems was to provide your City of License with a listenable signal under emergency conditions.

Today the prime consideration is more likely to be whether you can be competitive in your market and not negatively impact the stations numbers and bottom line.

Indeed, there are times when just being on the air, regardless of the power level, really is not good enough. For example, what is the realistic benefit if your emergency antenna only produces a small percentage of the coverage of your competitor’s facility?

With today’s instant ratings systems, this is definitely something to consider carefully.

Obviously, the goal of many, but not all, stations is to have a high level of redundancy.

So., to return to our original question, if you have only one antenna, and it needs work, how do you stay on the air?

In smaller markets, most FM stations are happy if they are able to install an antenna and a low-powered transmitter somewhere in the event of failure of their main transmitter and/or antenna. Sometimes it is just a few hundred Watts at the studio. They may lose the fringes, but are usually able to cover the major part of the city.

To major league broadcasters there is, perhaps, a larger question, one of just how do you define redundancy. Some stations have all their eggs in one basket so to speak; the main and auxiliary transmitters and antennas all are at one location.

The obvious problem is that should something really bad happen at the transmitter site, they are off the air. Period.

Here in Seattle, there are only a few FM’s which do not have fully redundant transmitter facilities. Of those that do, the majority have facilities that they can put on the air any time without causing major impacts on coverage and that bottom line. Most of the dozen FM’s that operate mains at West Tiger Mountain also have excellent coverage auxiliaries on Cougar Mt which is closer to Seattle. Probably the most impressive auxiliary transmitter installation can be seen at the facility we built on Cougar where Aux. transmitters feed a multi-station combiner and master antenna and operate with 50 kW— ERP!

The Seattle auxiliary solution is similar to New York City where mains on Empire have auxiliary facilities on 4-Times Square.

Clearly, there are those that look at the issue of back-up transmissions differently.

In a way, this is sort of like buying insurance.

Consider: do you insure your home or work tools and test gear for full replacement cost – or something merely deemed “adequate?”

In my view, the challenge for the broadcast engineer is to work with management to determine just how much reduction in coverage would negatively impact ratings and ultimately that bottom line.

Getting a GM to participate in this cost-benefit analysis – investigating things that the GM may never have considered – will be extremely helpful down the road.

Furthermore, there are many other areas in a station’s operation where “just adequate back-up” vs. a useful level of redundancy should be considered in planning for station operations and budgets.

Perhaps we can cover those issues in a future installment.