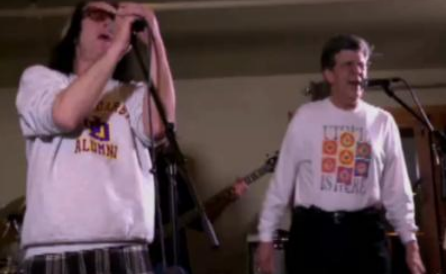 [August 2011] Radio would probably not have been as exciting in the 60s and 70s without all the modern advances in audio processing that seemed to follow one after another. And some of the best ideas came from the folks in the field who got creative with the best they had on hand.

Glen Clark’s reminiscence about the birth of the Texar Audio Prism struck close to home for me. I, too, spent years back in the 70‟s messing around with audio processing and, when the Audio Prism came out, it became my multi-band weapon of choice for over a decade.

That box had real staying power, for sure.

Sometimes competition does not come in the form of another station across the street – sometimes it is simply fighting the basics of radio listening and trying to find ways to get people to listen longer.

For two decades, my friend Rob Landry was “the engineer” at WCRB in Boston, one of the country’s most successful commercial classical stations. His love of the music is legendary, and has a lot to do with the success that Charles River Broadcasting had with FM 102.5. WCRB was a very successful station in the ratings, frequently pulling a 4 share in the Arbitron ratings.

However, back in 1996 the Time Spent Listening (TSL) was simply not what it should have been when considering the station’s cume (cumulative listening audience), and Rob and I discussed it at great length.

One Size Does Not Fit All

Rob was convinced that standard “push the loud stuff down” processing that was developed for Top-40 and Contemporary Hit Radio formats simply was not the way to deal with classical music.

Listeners want to hear the original performance dynamics, but simply cannot, due to environmental noise in their cars, offices and homes, and the limited dynamic range of the FM 2 broadcast channel (60 dB from noise to clipping). With the standard approach to processing, listeners were constantly forced to either [a] reach out and turn the volume up and down a lot, or [b] simply not hear the softer passages in the music they love.

He described it as the “tinkle-tinkle, WHAMWHAM” effect. Whenever a standard broadcast audio processor was used for more than light peak limiting, the 50 dB useful dynamic range of symphony orchestra performances always suffered – and listeners complained vociferously. Without heavy processing, quiet passages were lost in the background noise or loud passages were distorted and ear-splitting. The tinkle-tinkle, WHAM WHAM problem had bothered Rob since the mid-80s. In fact, I have photographs of a much younger Rob, jogging along the Charles River outside WCRB‟s studios, demonstrating the effect.**

How to Properly Treat Classical Music

WCRB was, at the time, a very creative, experimental place to be. WCRB‟s Vice-President of Programming, Mario Mazza, was aggressively researching what made the Classical audience “tick” and had no qualms about changing programming paradigms to improve service. It was a perfect time to do a little Classical audio processing experimentation of our own.

So, I got to thinking: Rather than just establishing a loudness ceiling and processing just the top 15 dB of dynamic range, maybe what Classical music needed was a gentle “platforming-up” of the middle part of the dynamic range – to take the audio levels from about -10 dB (with reference to 100% modulation) down to about -30 dB and gently “compact” it.

Then, by combining that with conservative “top-down” processing, it seemed to me that half of the useful dynamic range of classical music could be “brought up” to normal listening levels without destroying the short-term dynamic effects that make classical music so rewarding a listening experience.

At the time, I had just the box to do it sitting in my basement – an aggressive Rock-Radio processor called the Texar Audio Prism. Retired from its “Hot Stereo Rock” days at Z-104 in the DC suburbs, it was crying for something fun to do!

Rob really liked the idea, so we got to work. I pulled out the input broadband leveling stage and the band-splitting filters, removed the presence and high-band M101 cards, and Rob built a second set of input and output differential stages. Voilà, we had a stereo, broadband, platforming processor.

We tinkered with it a bit, matching the optical VCA cells for tracking and strapping the control voltages together, and then started to do the 2 AM audio tango.

Rob has these amazing ears. He can hear things that I cannot imagine. And hear he did. Under his guidance, I adjusted the Audio Prism, by increasing the level into the control-voltage side-chain so that it was “over-driven” to “full compression” with normal audio levels at the inputs – and not doing really anything at all.

I then set this unprocessed audio so that it was just tickling the Orban Optimod 8100 in a way that Rob had found did not offend the purists in his audience, and we were pretty much done.

You see, there is a lot more magic in the Audio Prism than Glen talked about in his article last month. His control voltage side-chain is a work of art: there are four comparator “trip points,” creating five operational “level windows” for the audio:

Most other processors of the day only had [2] and [4] worked out, so Glen’s side-chain was already perfect for classical music.

Another magical thing about the Audio Prism is the musical way that attack and release times were controlled.

Up until the Audio Prism, time constants were quite variable, because they were usually derived directly from the peak level of the audio envelope.

Glen’s approach was different – all of the bands in an Audio Prism used the same attack and release time constants. Also the timing was developed with current sources/sinks driving capacitors, for a very smooth, musical gain change.

The result of combining Glen’s topology and our modifications is a platforming device that does not do anything until the audio envelope level drops 10 dB below “normal.” At that point, it gently brings up the audio at a 1:2 ratio for the next 20 dB down. Below “minus 30” at the input, once again it does nothing.

Placing this immediately in front of an Optimod 8100 set up for typical Classical music “gentle peak limiting” results in a complete system which provides an apparent reduction in the dynamic range of about 15 dB that is essentially unnoticeable unless it is pointed out.

Putting it to the Test

When we put it on-the-air during the day for the first time in the Winter of 1997, we feared the worst – calls from golden-eared listeners threatening to stop listening forever if we did not take that devil’s spawn of a compressor out of the audio chain.

We waited. Nothing happened. No calls. No letters. The only comment we got was from an independent program producer who provided a one-hour weekend show on tape every week and knew “exactly how it sounded.” He was quite pleased that his program was no longer squashed for broadcast.

And the TSL, as a function of the station’s cume, climbed. Over the next several books, the improvement in WCRB‟s Quarter-Hour maintenance made us all very happy. It teamed 4 perfectly with the programming and musical changes that Mario was instituting at WCRB.

Musing in the rear-view mirror, we figured that we had found a great way to minimize “the problem” of sending classical music through a limited-dynamic-range broadcast channel and into a restricted-signal-to-noise listening environment.

Mario’s cutting-edge programming philosophy was the major reason for WCRB‟s success at the time, and a Top-40 audio processor was the “secret sauce” that helped it become the legend it was. Our mid-level platforming approach took the work out of listening, and people just listened … longer.

We kept that old Texar on-the-air until around 2004, when the Inovonics Omega II came out. I called up their developer and described what we were doing, and he emulated it perfectly in an option menu in the Omega version III software, so we switched to the Omega and never looked back. Today, that Texar Audio Prism is back in my basement, and the Inovonics is on-the-air at WUMB-FM.

We end with a sincere tip of the hat to Glen Clark, for being two decades ahead of his time!

* For those of you who are musical enthusiasts, Grady is shown here singing and having fun with Todd Rundgren.

** Actually, I took these photos of Rob for an entirely different purpose, way back in the ‘80’s ─ a presentation for FEMA and the FCC concerning the reduction of the length of the EBS test tones. But they really work well here, so what the heck. Do I get any points for recycling?

gRAdy Moates runs LOUD & Clean Broadcast Science in Boston, MA. He can be contacted via email at: grady@loudandclean.com. Rob Landry is now a Contract Engineer in Needham, MA. His email address is: umar@interpring.com