Troubleshooting 101 – What to Do While You Wait for the Engineer

It has become quite common for several stations to share one engineer on a contract basis. Even in some larger companies, where there is a fulltime engineer on staff, he may be out at one of many sites when something “happens.” Now what do you do?

For a broadcaster, there is nothing worse than sitting in the studio or control room and listening to a silent monitoring system. Broadcasting 101 always taught that dead air is, well, just being plain dead in the water.

And yet … from time to time, it happens.

It could be a power failure, sometimes followed by a generator failure. A storm could knock out an STL dish or phone loop. Or it could just be failure of a piece of equipment somewhere between the microphone and the antenna. The net result is the same: no programming on the air.

Although many a program director has come close to having a heart attack during such situations, the shouting and panic that ensues often results in more dead air. So, the most important advice we can offer is to stop, take a breath, and start the process of locating the point of failure. 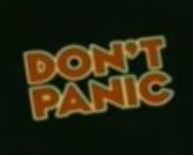 Consider it a friendly reminder

This may be easier said than done, especially if the station manager is right behind the program director, screaming about lost spots and revenue. (Sometimes there is also a weirdly-dressed woman behind them, wailing in German, but she is just an opera singer who got lost – we think.)

Nevertheless, given the scope of a broadcast chain, which could range from several feet (in a studio-transmitter co-location) to many miles (especially with multiple transmission sites), the faster the location where the audio stream is cut off can be pin-pointed, the quicker the problems can be solved.

Every broadcast chain is a series of sections, with its own parts. With a pen and paper, you could draw a little “flow chart” in a few minutes.

Of course, there are other options. But if you are off the air, somewhere within this framework is the problem. Audio is not passing for some reason or another. If you can locate the last part of the chain where you can see/hear audio, you most likely can identify where the problem is located – and quickly alert the engineer to the facts.

At each point in the chain, there usually are opportunities to check and see/hear where the audio stops. By taking a moment to think about the system, a lot of errors can be prevented, and the station put back on the air more rapidly.

As silly as it sounds, a dead monitor in the control room could be caused by someone pressing the “Aud” button on the monitor module. A clue might be the silent sense strobe not flashing and the modulation monitor still showing apparent modulation. Forgetting to press “Pgm” for the current source should bring the strobe on.

On the other hand, if the remote control shows the transmitter is off, that is a pretty good indication of where the engineer needs to go. In the meantime, studio personnel can ensure that there is some audio feed maintained, as shown by activity on the STL and Audio Processing units – if the engineer restores the transmitter but there is no program, it is kind of like a dog chasing his tail.

Clearly, one of the best ways to assist the engineer is for the operator to follow the audio through the system as far as possible.

How Not to Help the Engineer

Each station has its own policies on remote control operation. Some restrict all system adjustments to the engineering team. Others, especially those with contract engineers, typically train the operators to be able to handle routine adjustments and transmitter operation. Nevertheless, even with instructions posted in the control room to guide operators when and how to turn on and switch to the auxiliary transmitter, careless inattention can cause more problems.

For example, the morning team at one station heard dead air on their monitors and assumed the station’s transmitter had died. That was mistake #1. In fact, what had happened was the live assist had finished and the program stopped. But, they decided blaming the transmitter would cover their goof – and turned on the auxiliary transmitter.

Unfortunately, the operator did not check the remote control to determine the status of the transmitters; the auxiliary transmitter was not operational. Combined with control room monitors that were set to “program” rather than “air,” the morning team did not know they were effectively talking to themselves, with the main transmitter basically just pumping its Watts into the dummy load. That was mistake #2. (Mistake 2a was that no one else was paying attention to the station’s signal.)

Mistake #3 was not stopping long enough to call the engineer. The importance of this cannot be overstated.

The first time this happened, the engineer discovered the problem fairly rapidly and got the main transmitter back on line. He then discussed the issue with the morning team. Mistake #4 was that they did not take the situation seriously.

Almost inevitably, some months later a similar situation happened, although this time the auxiliary was now operational. Unnoticed, the main ran its full power into the dummy load until the load melted.

One response to situations like this is taking transmitter control away from studio operators, and having the remote control call the engineer directly. However, this is not practical in all situations.

It is not reasonable to expect announcers to think and act like engineers. Non-technical personnel rarely understand the entire program chain. But they can be expected to think as part of a team – and call in the tech guys as soon as they identify a problem, filling them in with the information that will help them get the station back to normal as quickly as possible.

Dead air is never pleasant. Yet, when the staff can avoid panic and focus on finding the cause for dead air, recovery will be quicker and the station’s broadcast chain more reliable, reducing downtime. And the engineer will appreciate the assistance.