Written by Tom Epperson Posted in In the Trenches. 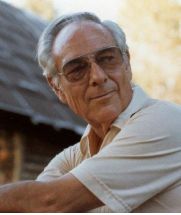 [September 2016] This First Person account takes us back about 65 years to the installation of a three-tower array in Tucson, AZ. A new engineer needed a solution to a overcome problems with a difficult neighbor. Tom Epperson recalls it all.

I think most people have a day in their lives that, for some reason, is the most memorable of their life.

It might be a marriage, the birth of a child, or any of an endless list. The candidate for my own most memorable day occurred on an early summer day in 1951. The job was to get a road to the property where our new station would be built. No access . . . no station.

The previous summer to the notable day, the owners of the radio station for which I was chief engineer decided to upgrade our facility from a 250 Watt local coverage station to a 5,000 Watt station with regional coverage.

Getting the Upgrade Started

The year that followed was consumed with the planning, construction and FCC licensing of the facility.

A consultant was hired to design the antenna system. We would radiate a full power, non-directional signal in the daytime but, at night, we would have to protect several stations around the country that were on the same frequency. It was a first come, first served thing.

In order to achieve the required protection, we would need to build a complicated radiation pattern using three towers in a line, 478 feet apart, with each tower being 342 feet high.

The ground system, which is the other half of an antenna system, would occupy about sixty acres, requiring 39 miles of heavy copper wire radiating outward every degree and a half from the bases of each tower for over four hundred feet.

Since the night-time radiated signal would, by FCC law, have to be directed over most of the population of Tucson, the transmitter site needed to be somewhere in a north-easterly direction from the center of town.

Maps were purchased, and the search for the site was under way. The president of the corporation that owned our station (author Erskine Caldwell, who wrote God’s Little Acre, Tobacco Road, and other books), owned forty acres that were close to the line, but that was not quite enough to hold the ground system. However, it quickly began to look like finding sixty acres of the right dimension on or close to that line might not be possible.

Fortunately, a search of adjoining properties disclosed that there was a twenty-acre parcel on the north side of Erskine’s property – owned by a friend of Erskine. We contacted the owner and managed to arrange a long term lease. Now we had the required acreage but there still was one serious hitch.

There was no road to the property.

You Can’t Get There From Here

That meant our next step was to hire a professional to survey and come up with a legal description of the property, locating any section or quarter-section markers that might already exist.

The east side of the property was bounded by a county-owned sixty-foot wide easement, a planned extension of Swan Road, an established graded county road which ended about a half mile from our site.

From there a two-track trail served as a road for a couple of hundred yards to a facility known as the Southern Arizona School of Photography. It was also the home of the owners, the Cohens. There was no indication, though, of when the county might develop Swan Road up to our site.

On the other hand, the preliminary survey turned up a very surprising fact: Part of the Cohen’s building was on the west half of the sixty-foot wide right-of-way! This would prove significant as our story unfolds.

Our story takes a slight detour as the site survey took longer than we had anticipated; it was getting dark as we walked back to the car. And all of a sudden we found ourselves facing a rather nasty problem.

We were walking side by side, discussing the job at hand, Ed (the surveyor) was on my left with a roll of maps in his right hand, At the same instant we became aware of a rattlesnake, about four feet long, in the sand almost at our feet. It was coiled, not making a sound and almost impossible to see. Ed let out a yell and jabbed the maps at the snake as we jumped back. The snake struck the roll with a popping sound.

Then it charged! Striking again and again. We stumbled backward, Ed jabbing at the snake with the maps. Finally, deciding that we were sufficiently terrorized, it called off its assault. My heart was pounding as I stood there thoroughly shaken, astonished at the aggressiveness of the snake. The darn thing, being almost invisible, intensified our already highly agitated state. Would it attack again?

Then Ed came up with the stupid statement that where there was one snake there was usually another. That is all it took. I split; Ed was a close second. However, the snake was soon to lose its spot.

While waiting for Ed to submit his survey, I had discussions with the County Engineer’s office.

There they verified the right-of-way and we all assumed the county then would extend the graded portion of Swan Rd to our property.

In order to do so they prepared a detailed map of the right-of-way and adjoining properties. A copy was given to me which, in time, became very important.

From our site, this building and a small older house to the east were the only buildings visible and the only houses for miles.

But our isolation did not buy us anything. In the weeks that followed, several things took place: Our intent to build the transmitter facility had become public knowledge, prompting a number of home owners and a land developer to form what they called the River Road Association, in an attempt to block our development.

Additionally, the Cohens contacted the County Engineer and said that they would purchase land east of their place and donate it to the county for a right-of-way. They stated that this would relieve the problem of their house being on the right-of-way.

What the Cohens did not say was their offer was a pretense designed to take up time which, if successful, could kill us. That was because when we applied to the FCC for a Construction Permit to build the new transmitter site it was issued with a deadline of six months. If construction did not begin within that time period it would not be renewed. (If construction was underway, but could not be completed, a six-month extension would be granted).

Into the Bureaucratic Machine

The Cohens’ offer to change the right-of-way took me back to the County Engineer’s office. And this is where the train went off the track: The River Road Association had been there before me.

I was informed that the county would not extend Swan Road! Indeed, I was learning how much determination and political clout these people had.

The upshot was that a virtual line in the sand had been drawn. Our opposition would do anything to stop us.

Running out our Construction Permit was deemed their best bet. The original application for the construction permit had been somewhat premature because it took a lot longer to nail down the property than anyone had anticipated. When the right-of-way problem materialized we had only a few weeks to the drop dead date on the construction permit However, I continued to work on equipment contracts, plans for a building, drilling a well, getting commercial power, telephone and program lines etc.

Looking For an Angle

It became very obvious that Mr. and Mrs. Cohen, the River Road Association, and their politics were going to stop us cold if we did not take the bull by the horns and solve the dilemma.

Going back to the County Engineer’s office I asked them what would happen if I, a private party, opened the right-of-way. They could not give me an immediate answer but their research disclosed it had never been done before. As far as they could tell no private party had ever opened a county or state right-of-way.

They went into a huddle finally admitting that they could find no law prohibiting a private party opening a right-of-way which meant they (the County) would not try to stop me.

Developing a Plan of Action

My premonition, however, did not even come close to the trouble I was going to be in. (Is there not an old saying that ignorance is bliss?)

I started looking for a large all-wheel-drive road grader which I knew was capable of punching a primitive road through to our proposed building site. I also wanted an operator who would stop at nothing to complete the job because I just knew there would be trouble. A few phone calls turned up the machine and operator that I wanted.

The next stop was the station manager to whom I reported. George Chambers, the VP of KCNA, the Catalina Broadcasting Corporation. George was the man who really ran the whole operation. He was also the General Manager of Tucson Newspapers Inc., the morning and evening papers.

I had to have his total agreement because I was in a legal vacuum. Even though it appeared that there was nothing illegal about our road project, there was nothing that guaranteed that it was legal. This opened the possibility of a preemptive legal challenge by the opposition to stop all construction – which was another way to run out the construction permit.

Our meeting went well. George agreed with my approach and to my requirement that no one would interfere with the operation once it was underway. I had to have this because the people that I was up against were certainly acquainted with the people that owned the newspapers.

But our road to success was not yet clear.

Considering the hostile atmosphere on which we were working, there were a couple of fundamental problems with this whole thing: (1) Ideally, the only way that the road could be built would be if no one knew we were doing it. That, of course was impossible, and (2) Even if it were possible, it was abundantly clear that we could not, under any circumstances, get outside the right-of-way as we built the road. It would not be simply unfortunate – there would be legal consequences.

So, our concern at the moment was how the right-of-way could be marked such that there would be no possibility of violating it. We could not have Ed, the surveyor, stake it out for us as usual, because that would tip our hand as to what we were up to.

This was becoming a first class problem because you could not see the whole length of the proposed road, it was too long, too rough, and there was too much brush and trees.

The answer was in being sneaky. Stealth or some other description would sound better but the fact was that what we had to be was just plain sneaky.

In Part 2, we will find out if Tom Epperson was sneaky enough, if they managed to get their access road to the transmitter site, and if they beat the deadline for the CP. Part 2 is coming soon to the BDR.

Tom Epperson’s broadcast experience at KCNA began in 1947. He was named Chief Engineer in 1950, and built the three-tower array in 1951. He was drafted in 1954 and after the Army went into Electrical Engineering, largely with Motorola. Of course, he still remembers that guard snake.