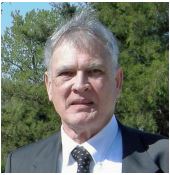 [October 2017] Even as tube transmitters are disappearing, especially in television, the stories of how and why they were designed continue to be fascinating.

Most of the tubes Eimac has developed over the years have had long product life cycles.

The 4CX5000A, for example, was designed prior to 1960 and is still in production and used all over the world for many purposes.

Occasionally however there is a tube that was supplied for a specific application which abruptly goes away for some reason, the 4CX25,000A is one of those tubes and it has an interesting past.

The 4CX25,000A was one such product intended to fill a gap in the Eimac tube line.

Tubes were a great way to obtain high power with good linearity, and a requirement for analog television (as solid state devices were still in their infancy).

It was 1984 and VHF (analog) television was still a good market for tubes. Also, NEC decided to enter the US television market.

At the time, Larcan Canada (formerly GE) and Harris Broadcast were the main OEMs. Then, Japan’s NEC decided to compete head-on with Harris in the VHF transmitter market.

We learned that when small television stations in the US needed to replace an aging transmitter, the Eimac 3CX10,000U7 was only good for 10 kW. So that left a gap in the Eimac tube capability line – hence my being involved with testing the newly developed 4CX25,000A.

We are talking minimum 30 kilowatts peak-sync in high band television and an average power at black level of approximately 65% of peak-sync. So up to 19 kW of average power, depending on the visual program being broadcast was needed.

Furthermore, some stations needed 60 kW because of usmg circular polarized antennas especially for the lower channels.

At that time, it was still a few years before the digital television revolution occurred, marking the end of high power VHF television in the USA. Although Eimac had introduced the Klystrode/IOT tube in 1985 to possibly fill the burgeoning new UHF transmitter market that product did not do well.

George Badger had visions of selling a tetrode cavity for 30 kW television in the same manner as the 10 kW triode units.

Eimac had no tetrodes in the product line that would operate at 30 kW peak-sync in linear mode and were capable of dissipating 25 kW of heat so the 4CX25,000A program was initiated.

Bill Sain, a Sr. Eimac tube designer, developed a new tube for that purpose. The concept was that Eimac could now compete with RCA who had just been spun off into Burle Industries.

Sain designed the tube from the ground up, everything except the contact rings were of a unique design. The fins were made of copper which was thicker than normally used with Eimac tubes. I remember doing a cost analysis and finding the fins cost something like $3.50 each and there were a lot of them! 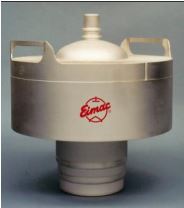 I had been employed for a few months at Eimac in San Carlos when George Badger suggested I help develop another television transmitter cavity.

The concept was that Eimac could now compete with RCA who had just been spun off into Burle Industries and I was made responsible for taking tube curves and preparing a data sheet for the new tube.

Something that has not been written about to any significance was that Eimac hired a number of RCA tube engineers and their valuable expertise was put to task in second-sourcing these VHF television tetrodes. More work needs to be done describing other important contributions RCA engineers made to Eimac’s success.

I was assigned the task of making a cavity for performing cold tests on the tube in the Advance Products Lab. Under the supervision of Bob Sutherland, W6PO, I built a cavity and took tuning curves and discovered that because of the small space left in the output circuit, it was very difficult to insert the coupling loop. This was at 210-216 MHz (channel 13).

My job included taking constant-current curves on the prototype and preparing the data sheet.

Sometime late in 1985 while working on the cavity program, I was asked to go to Midland, TX to support Charles Townsend of Townsend Broadcast.

I was to help Charlie sell KMID a Townsend transmitter with an Eimac tube in it. Never mind the transmitter had not been built yet – the concept was real.

The KMID sale never materialized but meeting Charlie Townsend was worth the trip.

Charlie was an engineer turned salesman who travelled with only an extra shirt in his briefcase as he had no need for carry-on luggage. To my recollection he had never made a tetrode TV transmitter. However, he did sell a small number of 10 kW triode transmitters using an Eimac cavity and, of course, he competed with Comark et al. in the UHF klystron market. Still, Townsend would file for chapter 7 in only four short years.

Once we had the tube and cavity designed, George Badger and I also visited Larcan to try selling them on a 4CX25,0000A for their transmitter line.

Unfortunately for us, they had frozen their designs around RCA tetrodes and Larcan business was not good outside of Canada (Canada was basically a replacement market at that time, not a market for a number of new stations). It was a very pleasant visit however.

Eimac did however receive an order from Nippon Electric (NEC) for a 4CX25,000A for a new TV transmitter to be built in Japan.

During the period I was bending metal and trying various cavity shape factors, NEC was developing a transmitter and they wanted Eimac to approve their socket so they sent the rf deck to San Carlos for evaluation, along with a Japanese engineer.

NEC used a big circulator in the input as a broadband matching device and had an output impedance of 25 Ohms to match the cathode impedance of the tube.

Not only was the socket very well designed but the entire chassis was made of copper and it did not show any sign of tarnish! (I raised a question about how they kept it from tarnishing, as copper will normally begin to darken in the presence of air. The NEC engineer responded with a description of the proprietary technique they used and asked me to not disseminate that information.)

This was great news to the Eimac sales team.

NEC had an office in the Chicago area and the Eimac representative was very excited when he learned they were going to use an Eimac tube (he was accustomed to handling orders for small 250 Watt tetrodes at around $80 each in quantities of several hundred for the two-way business so the sale of $2500 tubes was quite exciting to him).

A Good Start, But… 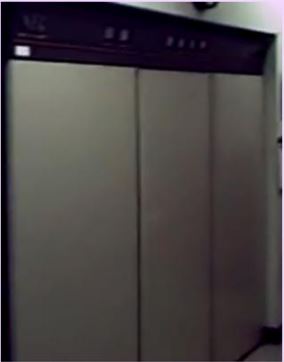 I gave the transmitter a close look while an NEC engineer and the station engineer were checking antenna VSWR, it was a low band station and there was some concern over antenna return loss.

It was a beautiful transmitter! The filament power supply was a huge switching supply they designed especially for use with a power grid tube. The filament of this tube is rated at 8.5V at 140A so they designed a very robust supply with a front panel adjustment for Voltage and a built-in Voltmeter.

You actually can see a YouTube video of the NEC 1430AL transmitter in operation here:

After a while they gave the antenna “thumbs up” and connected it to the transmitter and applied power. It came right up and was at full power within a short time.

I figured I was called to be there in case the tube faulted or something or maybe that was the way the Japanese wanted to dedicate the first new transmitter of its kind in America.

After I left South Dakota, I never heard again from the station or engineer. Around a half dozen television stations across America bought NEC 1430AL transmitters and most employed two transmitters combined to provide approximately 60 kW output.

Overall, the NEC 1430AL transmitter proved to be very reliable.

We eventually learned the rf driver transistors were discontinued and were no longer available.

So a transmitter that could have lasted at least 25 years was doomed to a short life from the start! Of course, the FCC-mandated digital changeover was coming in 2009 so the analog transmitters ultimately would be replaced anyhow.

Nevertheless, a station cannot feel very confident if the transmitter manufacturer is no longer building and selling that model transmitter. Econco stepped up to offer rebuilt tubes but the very close internal spacing of the elements in the 4CX25,000A led to a poor rebuild success rate.

With no other applications for a tube of this size and the advent of solid state technology, sadly the 4CX25000A is just a distant but interesting memory in the minds of a few individuals.

If you are interested in more information on building tubes and resonant cavities, my friend Bill Lieske Jr. owns EMR Corp. has a great paper his dad wrote that may help.

Reid Brandon (W6MTF) worked for Eimac’s tube division for 27 years, until his retirement in 2013.