The Multi-Media Opportunity for Radio

Written by Michael Dudding Posted in Observing the Broadcast Industry. 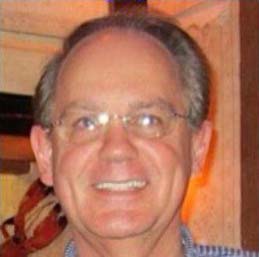 [May 2017] In the old days, radio was music over the air, TV was talking pictures, and newspapers were words on ink and paper. Today, in many ways these all run together – and more. Getting left behind is not where you want to be.

Years ago, I belonged to a radio group called “Group 20.” A Sales Trainer formed this group from the progressive radio stations with which he worked.

Meeting twice per year, it gave owners, managers, and sales managers a chance to meet for two days, share ideas and methods to improve. For the first six years, I would fill 8 to 10 notebook pages with ideas, concepts, and other information that could make my radio station (and me) better.

Then, in 1993, something called “The Internet” was being developed.

I thought I was going to be kicked out of the “Group 20” when I stood up at a meeting and said, “In 10 years, there will not be such a thing as a radio station.” The gasp was louder than the major networks’ reaction when Donald Trump officially won the Presidency.

I followed this by saying “we will have to become ‘Media Centers,’ and not just a radio station. Meaning, if we do not become proactive and develop websites, have programming, information, even video on this new thing called the Internet – some other media company will jump ahead of us.”

First in the Water

Newspapers were among the first to take advantage of the Internet to build a marketing plan.

They began by providing an on-line version of their newspaper – and many rolled out a paywall, requiring a monthly online subscription. Meanwhile, radio used its ability to provide verbal or written news, weather, sports, community information, even video on-line. Terrestrial radio stations could – and did – provide this information and entertain free of charge, eventually being able to stream audio throughout the world.

And there was a big plus: there were excellent sales opportunities for their websites.

Sadly, with the advent of all this new, and different, multi-media, it is my belief many radio stations have failed to take advantage of being the “real truth multi-media” source for their community.

By that I mean putting actual news stories (and different podcasts) local videos, community information, etc., on your website, brings your station instantaneous credibility and integrity.

Radio has the opportunity to become the most trusted multi-media source on the face of this earth. When we promote radio as the must trusted media available anywhere in the world, I believe radio station listenership, readership, and revenue will grow.

But only if it is maintained daily. And carefully.

An example of why it requires your full attention, if you have not paid such, take note of the many recent lawsuits against broadcasters’ sites for using copyrighted pictures without permission. That can be expensive – and embarrassing.

It Had Better Be True

At the same time, freedom of speech allows anyone to post just about any statement they want on various media.

As a result, it takes only minutes from the initial release of “not really all true” information on the Internet (and especially social media sites) to spread like the impact of the MOAB bomb and ruin someone’s career or business. Once something goes “viral,” any attempt to “correct” a rumor fails almost immediately. That is why for many companies the solution often is to “make it disappear.”

As an example: consider what happens when one of the major television network’s news stories has been proven wrong – try finding their apology or news corrections.

Or would you rather have your community’s trust and confidence by not going there in the first place?

Are You a Multi-Media Winner?

Sounds great, does it not, all you radio station owners? A little investment in the multi-media side of things can bring some nice rewards in local “street cred” and advertising revenue.

However, if you randomly visit different radio station websites, you quickly can tell which stations are dedicated to becoming the most trusted media in their market, and which fail to see the future at all.

I discovered this when I suggested to the FCC that instead of random EEO Inspections, simply visit a station’s website and look at their EEO site. Some of the Iowa radio station websites I visited had not updated their EEO required updated report in years, much less investing in any multi-media.

Reflecting on this, it is easy to understand why some stations do well and other stations, and their owners, wonder why radio gets what they feel is and “unfair share” of the marketplace.

Folks, dust off another “45-rpm record,” this one is about to end.

Michael Dudding is the owner and General Manager of KDSN, Denison, IA, a member of the Iowa Broadcast Association, and an active broadcaster for over 40 years.