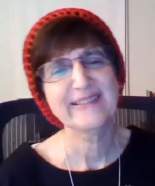 [January 2022] KYW was a pioneer station in many ways, not only in its technical history. Many of Chicago’s favorite performers appeared on KYW. Nevertheless, the programming department realized change was inevitable, and worked to ensure KYW continued to lead in the market.

As mentioned in Part 1, by late 1927, KYW underwent some personnel changes, because one of their star performers, Morgan Eastman, had departed for a new station in town, and several staff members joined him.

But KYW management adapted quickly. They still had their affiliation with NBC’s Blue network, but to beef up their local broadcasts, they hired a popular air personality, Maurice “Maurie” Wetzel, to be their chief announcer; he had been working for WCFL, and joined KYW in January 1928.

Another important addition was well-known bandleader Jules Herbuveaux and his Palmer House Victorians. They had been on the air at several other Chicago stations during the 1920s. They were also popular recording artists on the Brunswick label, with several hit songs to their credit. Herbuveaux joined KYW in early 1928, and became the station’s musical director. His radio concerts were soon being broadcast by NBC’s Blue Network.

By 1929, Herbuveaux’s band was often called the KYW Orchestra (this was a common custom in radio back then: acts often got renamed to identify with a sponsor, or to identify with the station broadcasting their performances).

Among the popular entertainers who came over to KYW during this period of time was blues and jazz vocalist Kay Ronayne, who had previously been heard on several other Chicago stations, and had a large following.

In addition to being a talented vocalist, Ronayne also played (and taught) piano. Critics praised her musical skills, but they also were impressed with her larger than life personality and her love of performing.

Also popular on the station was a duo called The Long and the Short of Radio: Wesley “Shorty” Long and Al Bernstein. Interestingly, Long was actually the shorter of the two men, hence the nickname “Shorty.” He was also a versatile performer: he sang dance music hits, and he could play the ukulele, the guitar, and at times, the kazoo. And he was among the few African-Americans on the air in Chicago at that time. Later, Long embarked on some solo performing and was even on one of Chicago’s experimental television stations, W9XAO, in 1929.

Bernstein, who had been trained in classical violin, could also play the fiddle, and the two soon had a repertoire that included jazz, blues, and the occasional classical piece.

There were several other interesting innovations that KYW brought to listeners.

One involved the playing of electrical transcriptions, or “So-A-Tone” broadcasts—the name came from Raymond Soat, a Chicago-based advertising executive whose agency promoted them; his business partner, engineer Harold J. Smith, had developed the process.

Soat marketed the electrical transcriptions as a new kind of broadcast, where a program by a well-known orchestra or a dramatic ensemble was recorded in a specially-equipped studio, and the recording was then sent to stations across the country. This allowed even small stations to have access to professional-sounding performances, without the expense of the telephone lines needed to link a station in one city to another city where a performance was taking place.

Sponsored by the Maytag Company, the So-A-Tone broadcasts debuted on KDKA in Pittsburgh and KYW in Chicago in late 1928, and by early 1929, about fifty stations had agreed try them.

The other innovation was something we today take for granted: a morning show.

This too was a new idea – at first, there had been a mistaken belief by many radio executives that people would not listen early in the morning, and it took a while to create programming for that time period. By the mid-1920s, many stations were offering morning broadcasts, starting with calisthenics – exercises people could do at home.

But KYW’s morning program, which debuted in late 1929, was unique.

The host was a woman, in an era where there were few women announcers, and she had a memorable name: Halloween Martin. (It was her real name: she was born on Halloween.) From 7 to 9 AM, Martin played up-beat songs, and gave the weather and the time, on a program called the Musical Clock.

Time checks were evidently very important to the audience, since many stations had a version of the Musical Clock, and they promoted the fact that the announcer would frequently tell the listeners what time it was. In Martin’s case, she gave a time check between records—about every five minutes.

Some of the critics, who liked her personality, found her voice pleasant, and enjoyed her choice of music, found the time checks really annoying; they also complained that there were too many commercials on her show. But overall, Martin’s program seemed to be very popular with the Chicago audience.

As it became inevitable that KYW would actually leave Chicago, many of its popular local performers needed to find a new home.

In Philadelphia, Dr. Levy did not make major changes in KYW’s programming. But he did offer several unique innovations that were rare for that time. He put women in two important roles. Carol Irwin became the program director: she was a former reporter for the Philadelphia Public Ledger, and later handled advertising for a department store before getting into radio. She joined WCAU in 1933, working as a script-writer, and she also produced some programs before Dr. Levy promoted her to program director in late 1934. And Levy named Helen Wood to be in charge of the sales department.

Neither woman remained in those positions for very long, however. In Irwin’s case, she went on to a successful radio and television career, as the producer of numerous programs, including the popular TV show “Mama.” (Not much is known about Wood’s subsequent career.)

If you were listening to KYW in Philadelphia in 1941, the most popular local program was the morning show – still called the Musical Clock, the name that was used when Halloween Martin hosted it, back when the station was in Chicago.

But she had not wanted to move to Philadelphia, and KYW eventually hired a new morning host, LeRoy Miller, in 1936.

By 1940-41, Miller was among the city’s most popular announcers – not only did he host the 7 to 9 AM weekday hours on KYW, but he was known for his willingness to make personal appearances. He remained at KYW until mid-1945, when he left for a job at WFIL.

During those years, NBC Red was increasing its network news coverage, reflecting the public’s concern about the war in Europe.

Many of its announcers and reporters have had long careers in broadcasting; a few even became nationally known, among them NBC’s Andrea Mitchell, who spent nearly a decade at KYW, covering city hall as one of the station’s first full-time newswomen.

The musical director was veteran local bandleader Clarence Fuhrman. His orchestra, the Rhythmaires, had been a staple at WIP before Fuhrman was hired by KYW in January 1940, at which time the band became the “KYW Orchestra.”

And during the mid-1940s, women enjoyed “Dorothy Derby,” the pseudonym of Sara Hervey, home economist from the H.C. Derby Meat Company. A 1941 graduate of Iowa State, she hosted a cooking program that offered helpful hints about how to make nutritious meals, using the sponsor’s products, of course. 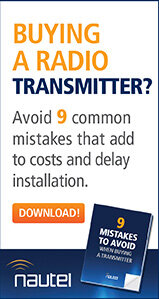 As we have noted in Part 2, KYW covered a lot of ground: more than 1620 miles of back and forth from Chicago to Philadelphia to Cleveland and back to Philly.

In addition to the long-haul moves, KYW has another distinction: KYW is the easternmost station in the United States whose call sign begins with the letter K. It is also one of three such stations in Pennsylvania, the other ones being KQV and sister station KDKA, both in Pittsburgh.

She is the author of six books and many articles about the history of broadcasting. Contact her at: dlh@donnahalper.com