The Art of Broadcasting from Anywhere 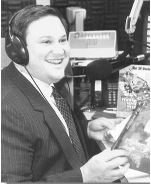 [December 2011] Not all broadcasting is done from within a comfortable, soundproof studio. Operating from remote broadcast sites can be among the biggest challenges for programming and engineering. However, a remote that comes off well can be among the most satisfying things a station can do.

Of all of the disruptive changes to broadcast engineering that have been created over the years by the advent of home recording equipment, perhaps none has had the impact to the business as has inexpensive, overseas-manufactured and mass-produced gear.

In addition to the standard broadcast gear, you can now choose from a number of “knock-off copies” that actually work similarly to – or in some cases even better than their original counterparts – a trend has long been toward cheaper, higher-quality recording devices.

Either way, it now has progressed to the point where it is now economically feasible to purchase a studio – or a remote broadcast production facility – sonically on-par with those previously potentially costing tens of thousands of dollars, sometimes for only a few hundred dollars, or even less.

Besides microphones, we now have portable recording equipment, even “portable studios” consisting of 4-, 8- and even 16-channel mixers and multi-track integrated recorders. The trend began in the analog domain, but now has fully transitioned to digital equipment, much of which has been created within dedicated, single-use hardware.

And more change is on the horizon, with the advent of programmable, portable computers commonly referred to as “mobile devices,” or “mobility devices.”

Mobility defines more than just wireless phones, which is the first thought most people have when they hear the word.

In addition to the “apps” for smart phones like the iPhone or Android devices, mobility also encompasses mobile computer communications “platforms” which combine a programmable hardware architecture with an OS, with native functionality for communication.

The impact these devices has had on mobile broadcasting really is a game-changer – they can reduce the amount of equipment required for a remote broadcast to essentially one or two pieces, including a hand-held microphone and a multi-track, multi-channel audio production tool. 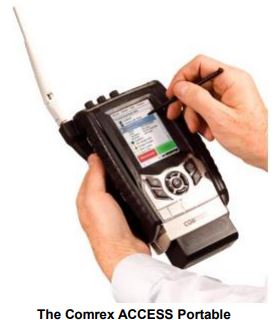 Such products often contain multiple CODECs and multiple transmitters and receivers for wired and wireless connections between equipment pieces and communication back to the studio. They support live, buffered streaming, as on-demand or stored files, using the most popular – and even some new – CODECs, and the various protocols such as CDMA/GSM/LTE/WIMAX/ Wi-Fi/Bluetooth and other new technologies as they come along.

In fact, it is now entirely possible to do entire remote broadcasts from a mobile phone if that is consistent with your goals and if it makes good business sense. There are quite a few apps available from both professional and pro-sumer sources. 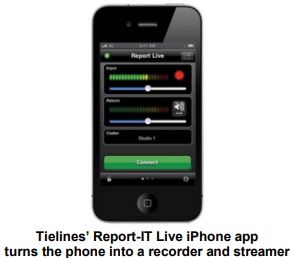 All of this raises some good questions for broadcasters: While you can take advantage of mobile phones as remote audio sources, does that mean you should? Also, what about broadcast quality audio (and/or video)? Is it really okay for the routine use of a consumer-generated audio hardware source on the air to replace “real broadcast hardware?”

True, consumer equipment is cheaper, but is the total cost of ownership also less? That is the cost of equipment, operations, convenience, quality of the sound/product and replacement and repair costs. Do not be so fast to say “yes,” because there are more ways to determine success and ROI besides cost savings.

For example, there are safety-related concerns (ruggedized vs. direct hardened glass exposure), privacy concerns, potential hardware replacement concerns, and the potential loss of phone services when the recording equipment stops working (for example, if the recorder breaks, you may be without a phone as well.

Additionally, operating expense vs. capital expense concerns, concerns about replacing equipment under contract as wireless data and voice plans are renewed, and many, many more concerns.

As you can see, there is more than just the economic aspects and ramifications to outfitting reporters and remote crews with pro-sumer mobility equipment and setting expectations that the produced results be consistently the same as when they have been provided dedicated broadcast-level equipment.

Of course, once you have acquired the audio, you also need to consider the security of the data on the device.

For example, would you have to do some “surgery” and unlock the phone to put applications on it? That could cause issues with a company’s mobile enterprise application platform (MEAP) and potentially be a concern for IT.

And even when the lines between IT and engineering are blurred, do you really know what interaction might come from behavior of a consumer app with the enterprise apps and other consumer apps already on the phone? How about if the app crashes? Also, what about security and mobile device management software (MDM) on the device, regardless of the device platform (Android, iOS and the like)?

If you have gotten this far, you are in the right place: The Broadcasters’ Desktop Resource. We are going to continue to look under the skin of both consumer and broadcast-related gear and answer some questions that could very well change the way you spend your dollars on equipment purchases in the very near future. Some of you are in the process of doing equipment refreshes and, amazingly, a $50 microphone purchased in quantities of 50 or 100 pieces at a time might result in a savings of 80% or more from what had been previously budgeted.

So, do stay tuned, as they say. Our follow-up columns here on The BDR, will include information and interviews of some of those behind-the-scenes folks who stand to benefit from your decisions on all sides of these issues and concerns.

Mark Shander is a Contributing Editor for The BDR. He is also Executive Producer at NBC 1260/96.1FM in Phoenix. You can email him at mark.shander@thebdr.net